‘My Island of Anarchy’ 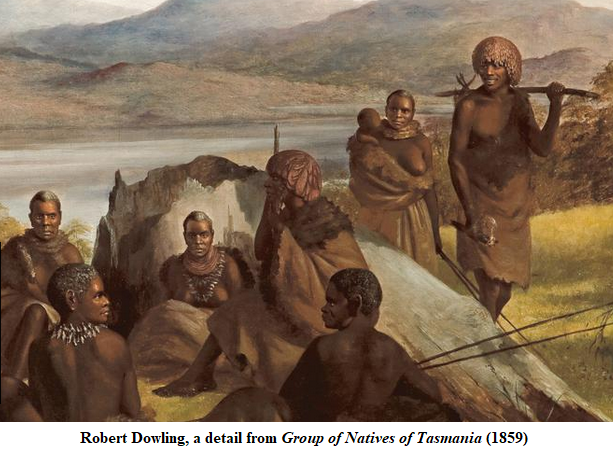 In 1995, the Tasmanian government passed the Aboriginal Lands Act, which created the Aboriginal Land Council of Tasmania and handed over to it some fifteen sites claimed by the state’s Aboriginal activists as being of cultural significance. The Land Coun­cil was an elected body and quickly became dominated by the state’s prin­cipal Aboriginal political operator and lawyer, Michael Mansell, and his close relatives. The sites given to the Land Council included seven mostly uninhabited islands in Bass Strait. Also included was the large site and environs of Wybalenna, the Aboriginal settlement on Flinders Island that housed an Aboriginal community from 1834 to 1847, plus the whole of Cape Barren Island, one of the two sites where Aboriginal descendants estab­lished a community after Wybalenna closed.

At the end of the nineteenth century Cape Barren Island housed 250 people on its 478 square kilometre site. During the twentieth century, most of its young people chose to move out and relocate to Launceston, the Tasmanian mainland’s second largest city. At the time of the transfer to the Tasmanian Land Council in 1995 only 60 people remained, all living in the little village called The Corner.

In 2005, the Tasmanian government transferred ownership of Cape Barren Island to its residents and, with both state and Commonwealth funding, embarked on a program of civic reju­venation aimed at increasing the island’s Aboriginal population and preventing the continuing drift of its youth to the Tasma­nian mainland.

The government endowed the settlement with more than its fair share of civic resources, including new road­works, electricity generation, new houses for the anticipated population increase, and even a high school so children could stay with their families and not have to go to Launceston for sec­ondary education. However, the expected population growth did not materialise. By 2014, the population remained at only 67 people and most young people were still leaving as soon as they could.

By February 2014, Michael Mansell, by now retired, publicly admitted the attempted revival was a failure. Instead of a realm of harmony on what was now their own land, most islanders experienced Cape Barren as ‘an island of anarchy’. Mansell had by then made several calls for action from the Aboriginal organisations he had set up himself in his heyday as an activist, but all were unsuccessful. He was even reduced to pleading for assistance from his one-time white antagonists, the Tasmanian police force. In the end, he decided to write the following letter to the Tasmanian Times:

I am taking the extraordinary step of making public the chaos that exists on Cape Barren Island among its 60 or so Aboriginal residents. For its size, Cape Barren is one of the most drug and alcohol fuelled and violent Aboriginal communities in the country. It has had:

♦ a murder and a near murder

♦ the same night a woman’s house window was smashed

♦ women are regularly bashed by men.

There is an atmosphere of intimidation that leads to women dropping charges when police do seek to prosecute domestic violence.

Families are in daily dispute, often leading to violence. Families are seeking revenge against other families. It has now spilled over to involve families outside Cape Barren.

I hate to admit it, but Cape Barren is completely lawless. It is an island of anarchy.

All that is required is the immediate stationing of a police officer on the island as a trial. That would calm the situation and give residents a feeling of relief. The police officer would have to work in with the local Cape Barren Council.

I contacted David O’Byrne on January 2nd, the Police Commis-sioner Darren Hine on 7th January, Commander Richard Cowling and Inspector John King, and local police on Flinders Island. I was told there is no money, as if the cost of a single police officer for a few months outweighs people living in constant fear of assault, damage to property and intimidation.

I contacted the Aboriginal Legal Service (TAC), Land Council (ALCT) and specialist counsellors without much, if any, interest. Nothing was done. [i]

In retrospect, it is easy to say someone told you so, but nonetheless Michael Mansell, Noel Pearson and the other mem­bers of the Abo­riginal political class should have taken more advice from some con­servative analysts, especially those few anthropologists who have long regarded the surviving remnants of traditional culture as the underlying cause of these problems.

The Canadian/British anthropologist, David McKnight, spent a total of six years with the Aboriginal commu­nities on Mornington Island in the Gulf of Carpentaria between 1966 and his death in 2006. In the four books he produced about the experience, McKnight predicted all the problems that programs of amelioration would inevitably founder upon. One of his major find­ings was that the provision of modern services in health and education cannot make much progress unless vio­lence is con­trolled.

Rather than being a response to the arrival of white soci­ety, violence was inherent in traditional society. This was partly because it was more communal than white society, and there was a much higher potential for proliferating disputes about legitimacy of marriages, obligations to help, food, and old and com­plex feuds. While the society remained nomadic, the infre­quency of contact among bands and clans reduced the incidence of violence, but once they all sat down in the same place, all restraint was removed.

Violence was also partly due to the low levels of disci­pline in traditional child rearing. Aboriginal parents did not develop the same levels of self-restraint that prevail in modern society and which keep drinking and violence in check. Reform programs that avoided identifying let alone reforming the vestiges of tra­ditional culture would always fail.[ii]

[ii] For a timely summary of McKnight’s work and his findings, see James Franklin, ‘The Cultural Roots of Aboriginal Violence’

Extracted from Chapter Five of Keith Windschuttle’s The Break-up of Australia, which can be purchased here,  Quadrant Books, 2016

Aboriginal Sovereignty and Section 44 of the Constitution