The Voice and the Problem of Extractive Elites 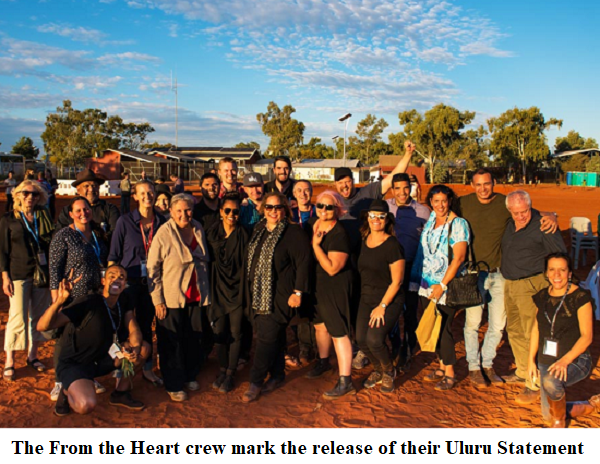 The proposed indigenous Voice to Parliament has been discussed repeatedly in the pages of this publication. It is exceptionally difficult to avoid concluding that the Voice will represent a grave threat to equality under law, an indescribably lucrative payday for the professionally aggrieved, a symbolic gesture that does nothing to improve the living conditions of indigenous Australians, or some combination thereof.

We write this to expand upon a theme alluded to by Lillian Andrews in “The Voice—Be Careful What You Wish For” (Quadrant Online, October 13) in which she entertained the possibility that the Voice would “likely lead to Aboriginal people being treated as responsible for their own disadvantage” before reluctantly conceding that “in this brave new world where fairydust and rainbows cloak brutal political realities, suggesting such a thing will no doubt be derided as nothing more than racist”.

On the Left, dualistic oppressor-oppressed models of society (such as Marx’s model) are common. However, sometimes models of society avoid dualism by adding a third (typically a middle) class. A good example is George Orwell’s model, advanced in Nineteen Eighty-Four, in which he depicts the middle classes rather unflatteringly—as the true engine of revolution, yet motivated to become the new upper class rather than to create equality. The fact that such three-class models are uncommon on the Left may be because the Left, these days, is dominated by the middle classes. Our model proposes three classes—the first being the Colonisers, the second being the Colonised Masses, and the third being the Colonised’s Elite.

There are many historical variations on this model. Sometimes, this situation results in the Colonised’s Elite heading a “national liberation movement” that successfully expels or subjugates the Colonisers, paving the way for the Colonised’s Elite to govern what is now their own nation as an extractive and oppressive government that gets away with its malfeasance through telling the Colonised Masses that their misery is really the Colonisers’ fault (and, on the international stage, repeating this message). Zimbabwe is an example of this, and South Africa appears to be becoming this incrementally rather than immediately. Another, perhaps more relevant example, is that of the US First Nations people, who were granted reservations that were acknowledged as sovereign tribal lands. The contemporary state of living conditions on these reservations is both well-known and generally atrocious, in spite of the fact that tribal elites are typically awash in casino profits.

The Australian situation seems to be following that of the North American First Nations (hence why the politically correct now prefer “First Nations” over “indigenous Australians”), with an accompanying demand for sovereign land. As Keith Windschuttle’s The Breakup of Australia pointed out, constitutional recognition would serve as a springboard to the creation of a giant indigenous Australian reservation comprising 60 per cent of Australia’s land mass. Even in the event of Alice Springs becoming the Las Vegas of the southern hemisphere, the North American experience shows that prosperity is likely to be enjoyed entirely by the Colonised’s Elite, while the Colonised Masses will be left in poverty.

It must be emphasised that this atrocious situation is enabled by post-colonial ideology. This ideology allows the Colonised’s Elite to avoid any criticism. If the critic is from the same ethnic group as the Colonisers, the critic gets smeared as a colonialist and racist. If the critic is a member of the Colonised’s ethnic background, they get accused of internalised racism or of having (to borrow a term that the Chinese Communist Party uses to describe Hongkongers) “a colonised mind” (for evidence of this, take one look at how Senator Jacinta Price gets treated by most of the Australian Left). The Left positions itself as the critic of hierarchy, yet in this situation their ideology serves to legitimise and reinforce hierarchy. To put it in Orwell’s terms, the ideology allows a middle (the Colonised’s Elite) to replace the high (the Colonisers). To put it in Nietzsche’s terms, the Colonised’s Elite is a priest class that nominally promotes equality yet does so in the pursuit of its own wealth and power.

Returning to more practical matters, the degree to which the Colonised’s Elite will be able to engage in rent-seeking depends on the details and architecture of the proposed Voice. Yet as Peter Smith pointed out (Quadrant Online, July 26), it is likely that the referendum will specify no details about the proposed Voice. In theory, it could be no more than a performative exercise in pandering to woke piety, and it might be the case that it doesn’t ultimately lead to sovereign reservations for indigenous Australians. But again, the vagueness and malleability of the proposed Voice is itself the problem; as Nyunggai Warren Mundine said:

Not one person has been able to explain what a Voice to Parliament is and how it’s going to operate … If you’re going to look at changing the Constitution then you better have all your ducks in a row and you should be making sure that it is operating properly and we know what we’re getting.

From a Public Choice Theory perspective, it can be expected that the Colonised’s Elite will advocate for the kind of Voice arrangement (and ultimately the kind of legal arrangement, be it indigenous reservations or otherwise) that maximise the total rents they will be able to extract. Simply by being so vague, the referendum on the Voice opens up the floodgates to rent-seekers to optimise policy arrangements for their own interests.

12 thoughts on “The Voice and the Problem of Extractive Elites”

Real Life in the Past and Real Life Now

Mobutu, Authenticité and the Dark Heart of the Uluru Statement