They Haven’t Won Yet 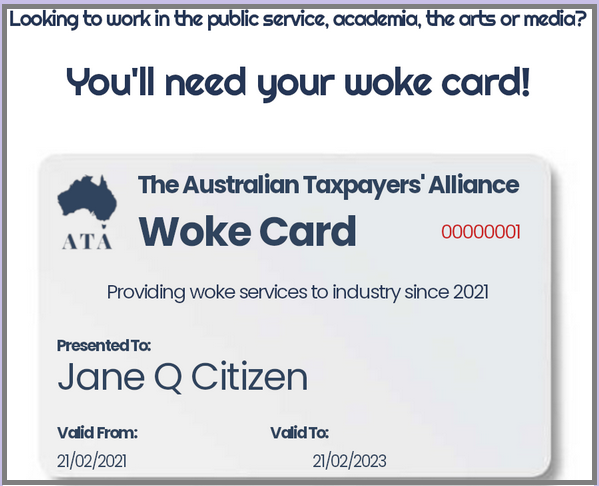 Racism is a hot topic once again in Australia. The taxpayer-funded Australian Human Rights Commission (AHRC), with Race Discrimination Commissioner Chin Tan in the vanguard, is determined to extirpate all vestiges of racism and discrimination—even from among people who say they have no direct experience of either. The AHRC launched a new $500,000 campaign in the middle of the year to highlight the racism that lurks in our hearts.

It’s hardly surprising so few of us encounter racism in our daily lives. According to the latest report from one of the most reliable barometers of Australian society, the Scanlon Foundation’s Mapping Social Cohesion survey, that segment of the population with racist or xenophobic views is shrinking rapidly. Even during the long months of the pandemic—when Mr Tan insists that instances of race hate spiked—the Scanlon survey reported high levels of harmony in the community. But there was a puzzling spike of 20 per cent in the number of those who did think racism was a problem; a finding that baffled the report’s author, Andrew Markus, as it conflicted with Scanlon’s findings in previous years.

The Census data released in June 2022 shows the highest proportion ever—50 per cent—of Australians are born, or have parents who were born, overseas. So it’s hardly surprising that claims by anti-racism activists of persistent racism do not fit with our experience of living in what is now, by far, one of the world’s most integrated multicultural and multi-ethnic societies.

Yet those activists and campaigners, who include many of the so-called “woke capitalists” of corporate Australia, such as Atlassian’s Mike Cannon-Brookes, persist in painting a picture of a society that few of us recognise. However, they insist that the problem that needs to be addressed is not so much the individual sort of racism mouthed by bigots. It is the “structural” racism supposedly embedded in our laws, policies, systems and institutions that perpetuates oppressive imbalances of power without any of us being alert enough to notice.

Welcome to the world of “woke” anti-racism; just one manifestation of the phenomenon of woke­ness that has swept the West, transforming school curricula, workplace relations, competitive sports, policing, politics, history, free speech and the administration of justice. British author Joanna Williams thinks this transformation is so complete that she is provoked to declare that woke has triumphed in her important new book, How Woke Won: The Elitist Movement that Threatens Democracy, Tolerance and Reason.

While the ways “wokeness” makes itself known today are not obscure, its evolution from an aspirational concern with racial justice to a zealous obsession with overcoming all forms of social injustice is hazy. Williams guides the reader through the tangled ideological undergrowth while never 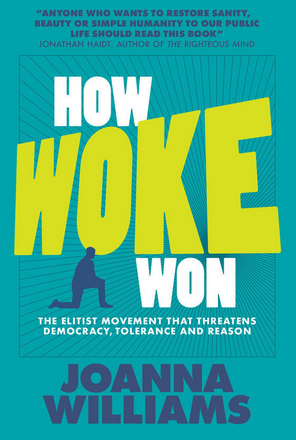 losing her focus on the significance of the threat that woke poses. “Woke might be difficult to pin down,” says Williams, “but it is a useful concept. It allows us to describe the outlook that currently dominates our social, cultural and political lives.”

Williams, a columnist with Spiked, a former academic at the University of Kent, and founder of the think-tank CIEO, is a fearless critic of contemporary phenomena such as “cancel culture”, “diversity” and “gender neutrality”—all manifestations of woke. Wokes does not seek to engage in reasoned debate but simply to denounce and tear down those deemed to have transgressed the norms of identity politics. But the problem is more pressing because “woke thinking has come to be accepted as common sense” by a cultural elite that dominates the media, corporate life and the academy, making dissent increasingly difficult and perilous.

Far from eradicating all forms of discrimination—whether racial, sexual or social—woke perpetuates them by engineering the basis for new forms of contemporary discrimination. Thus, to take the example of anti-racist activism, for all their zeal and passion, and the determination with which they have stormed the stage of everyday life, Williams argues that anti-racism activists are doing more harm than good:

This woke anti-racism does little to improve outcomes for ethnic-minority people. Worse, it breathes new life back into racial thinking and emphasises differences between people that were only recently overcome.

The book is a comprehensive and detailed survey of the ways in which woke thought and practice have corrupted so many of the institutions comprising civil society. It has done this by adopting the intellectual architecture of Critical Theory which holds that imbalances of power in society are hidden from view by dominant cultural structures, such as language and the way knowledge is imparted. Only by exposing these structures is it possible to reveal the extent to which the “oppressed” are held in subjugation by the “oppressors”.

As part of its commitment to addressing imbalances of power, Critical Theory rejects the notion of objective truth and emphasises, instead, the primacy of subjective experience. Proponents of Critical Theory hold that knowledge is no longer dependent on independently verifiable evidence but is to be obtained by attending to the “lived experience” of members of oppressed groups which can be expressed purely in terms of subjective feelings.

Woke has adopted this ambiguity about truth which allows words—such as racism and hate speech—to take on whatever meaning the user intends without regard to the possibility of countervailing evidence. As Williams remarks:

All too often, the sense of virtue that comes from claiming to act on behalf of the disadvantaged and oppressed legitimises a refusal to countenance dissent—and a ruthlessness at dealing with those seemingly in opposition to the woke mission.

It’s no wonder woke wields so much power as it pursues its revolutionary course throughout society. Williams is well informed and writes with vigour, having researched not just the factual details but the ideology underpinning many recent manifestations of wokedom, such as the destruction of the career of UK philosopher Kathleen Stock, with which we are depressingly familiar. At a time of great social cohesion in the Great Britain and Australia, woke promotes difference and division, and denounces any who speak out in opposition.

Denunciation has become much easier and more effective thanks to social media, which Williams identifies as having played a significant part in accelerating the promotion of woke ideas. “Woke ideas flourish,” she notes, “when virtue can be displayed at the click of a mouse.” And with the promotion of these ideas among the very young in the classroom, Williams warns that woke poses a grave threat of intergenerational decay as one generation is set at clickable odds with older generations.

One of Williams’s principal concerns about wokedom is that it represents the imposition on the rest of us of an ideology to which only a narrow band of professional-managerial elites subscribes: “Claiming to act on behalf of the oppressed allows wealthy people to morally justify their own privileged position. It permits them to rationalise the continued social inequalities from which they benefit.” But for whom do the activist elites really speak? Very few of us, is Williams’s verdict.

What the elites fear most, Williams argues—and what they most fiercely resist—is democratic scrutiny of their ideological verities. And the reason for this is that woke is not popular. Parents are beginning to push back against the drumming of gender ideology into the heads of infants; female athletes are fighting back to defend the preserve of women-only sporting events; and a few universities are now wakening to the incoherence of their own absurd statements that free speech on campus is best defended by banning free speech altogether.

Has woke “won”, as Williams claims? Her extensive survey of the spread of woke, taking in developments in the UK, the US and Australia—remember Yassmin Abdel-Magied stomping out of the Brisbane Writers’ Festival in 2016?—certainly indicates that woke is ascendant and that its influence is pernicious. But Williams concedes rather too much in declaring that woke has already clinched victory. “Ultimately,” she argues, “woke is a defensive stance from an elite that has lost its authority.”

Those of us who are not part of that elite are already alert to this. The word is out that woke offers nothing to improve the lives of ordinary people and that much of what it advocates subverts the norms and conventions which form the backbone of a cohesive civil society. Therefore, Williams is correct to say that challenging woke remains essential, even if “victory in the long term is far from assured”.

How Woke Won is a timely call to arms. It is also a reminder that what critics of woke need is, first, courage to speak out in the certain knowledge that they are not lone voices and that woke is not popular. The second thing critics of woke need is determination to mount a rigorous and persistent defence of free speech.

Defenders of woke will always cloak their efforts to denounce and cancel their critics with claims of protecting the vulnerable; opponents of woke see through this ruse, and must gird themselves for another long march if they are to reverse woke’s advance. As Williams reminds us forcefully, there is a great deal at stake.

Peter Kurti is Director of the Culture, Prosperity & Civil Society program at the Centre for Independent Studies, and Adjunct Associate Professor of Law at the University of Notre Dame Australia

9 thoughts on “They Haven’t Won Yet”

More than Meets the Ear