The Linguistic Termites Are Every­where 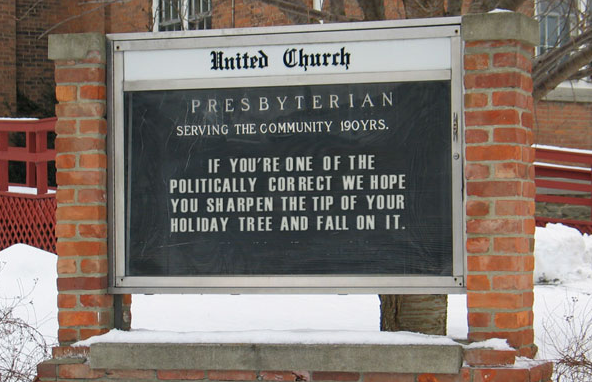 There is a dialectical relationship between human reality and the language in which we describe it, which is why semantic shifts are so important and often contested. Some such shifts are spontaneous and some directed as if by a central committee—the important words here being as if. Nothing is easier than to plunge into the murky waters of conspiracy theory, albeit that conspiracies do occur. The problem is that the strength of a belief in a conspiracy is usually inversely proportional to the evidence in favour of its existence.

One of the shifts that I have noticed is in the use of the word depressed for unhappy. No one is unhappy any more, everyone is depressed. It is as if being unhappy were a moral fault, while being depressed is not merely to be ill, but to be laudably sensitive. How can any decent person be happy when there is so much suffering in the world? The news brings us evidence of fresh catastrophes every day: to be happy is to be complacent, and to be complacent is to be callous. To be miserable, therefore, is the only decent stance towards the world.

How did the shift come about? I do not think that anyone decreed or directed it, though no doubt it was convenient for some, for example the drug companies that were able as a result to sell their doubtfully useful wares to millions, even to tens of millions, of people. About a sixth of the Western world’s adult population now takes them, suggesting either the looseness of the diagnosis or the misery of modern life despite its material advantages.

Although there is no central direction that decrees a semantic shift, this does not mean that it is not directional. I am reminded of ants that have a nest under a stone. When the stone is lifted, the ants react in a co-ordinated way though, as far as I know, there is no central committee of ants decreeing where they should take the eggs that are about to hatch. The thing is achieved without such central co-ordination, and I suspect that semantic shift is achieved in an analogous way.

This is not to say, however, that it is entirely spontaneous. The mills of monomania grind extremely small, and it is the very miniature scale of some of the changes that is sinister, because you would have to be obsessional to enforce them.

The other day, for example, I wanted to look up the precise source of a quotation from Doctor Johnson that I had in my mind: “Men more frequently require to be reminded than informed.” In fact, it comes from the Rambler number 2.

The article begins, “Smart leaders, because they respect their team members’ intelligence, loathe the idea of voicing the same point repeatedly. They should get over it.” It is at this point that Johnson is quoted as saying, “People need to be reminded more often than they need to be instructed.” This is claimed as a direct quotation, not as a paraphrase, and the article continues:

Samuel Johnson, in case you didn’t know, was such an authority on things linguistic that his colleagues often referred to him as Dr. Johnson. The man wrote dictionaries, for crying out loud, and in addition to numerous essays, plays, and poems. So, how does an esteemed bloke like this pertain to the world of management wisdom?

It is evident that smart leaders, if the writer of this article considers himself one, do not necessarily have a great respect for the general knowledge of their followers, perhaps with justification. But the point is that the change from men to people is not an entirely innocent one, and someone must have made it. It is almost inconceivable that anyone would now change a quotation in the opposite direction, for example by quoting Sartre as having said “Hell is other men”, as might be expected if the change were made purely at random. Nor is the site I have quoted the only one to have made the change. And not long ago, at a public discussion, the chairman, a pleasant and otherwise sensible young woman, upbraided me slightly for having used the word mankind, as if by doing so I had been denigrating women.

The linguistic termites (or police) are now every­where, and while no individual termite has much of an effect, hosts of them will eventually cause a building to collapse, often unexpectedly. I have in the past had one or two struggles with young sub-editors over the new moral correctitude of language, and so far I have been able to gain my point, though I am under no illusion that my little victories can be anything other than local and temporary. Apart from anything else, the struggle is asymmetrical. I do not want to turn myself into a monomaniac by engaging in prolonged struggles with monomaniacs. That is why monomania so often wins the day in the modern world: the subject of the monomania is only one among others for normal people, but it is all in all, the very meaning of life itself, for those who are in the grip of it.

I have noticed the increasing use of the impersonal she, especially in American academic writing, even in works by people who are most unlikely, because of their age, to have used it themselves. Sometimes, the impersonal she alternates with the impersonal he, a usage that surely emanates from sub-editors rather than from authors. There are, of course, limits to such sub-editorial impositions. As yet, I have not seen the word hangman replaced by hangperson, or even taxman by taxperson, but this may yet come.

Semantic shift when it is not genuinely spontaneous is a manifestation of a power struggle that is not solely, or even to a very large extent, semantic. Some words are genuinely offensive, but most of the concern over terminology is not about the elimination of such words from polite conversation. Rather, it is a question, as Humpty Dumpty pointed out long ago, of who is to be master, or perhaps I should say dominant, that’s all.

The word actress has now been banished from bien pensant English publications such as the Guardian, in favour of actor. While the first word has always had many possible connotations, not all of them positive, so has the second. It is very unlikely that any actress suffered from being so designated; but to call a female actor an actress would now be considered an act of the grossest misogyny.

Obligatory semantic defeminisation on one side of the Channel and obligatory semantic feminisation on the other, supposedly with the same justification: how is this contradiction to be explained? Surely the simplest explanation is that both changes are exercises in power rather than an attempt to improve society or reduce suffering in any way: and forcing you to change the way you speak and the words you use is an exercise in prepotency without violence.

There is a ruthlessness and lack of scruple in all this which is as yet confined to the symbolic field, but there is no mistaking the totalitarian impulse behind it. To change what Doctor Johnson said, to make it more consonant with modern (and very recent and no doubt changeable) sensibility, is in its small way like the Stalinist removal of the figures of Trotsky or Yezhov from photographs. After all, Doctor Johnson said or wrote what he said or wrote, whether you like it or not. No one is obliged to quote him, but no one has the right to make him out to have been a Guardian reader avant la lettre. I need hardly point out that he did not exclude women from his stricture about our greater need to be reminded than informed.

15 thoughts on “The Linguistic Termites Are Every­where”

The Regrettable Emphasis on ‘Remorse’