Now We Can Travel Again… 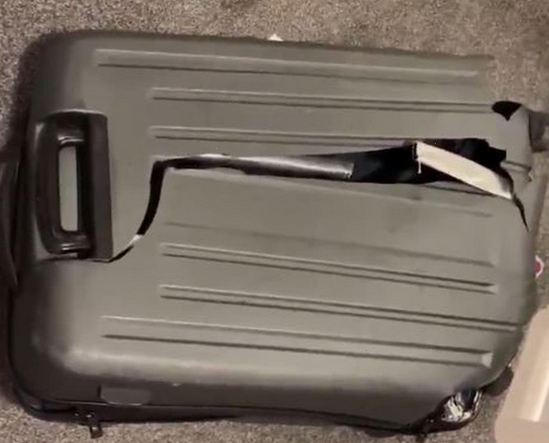 Keen travellers that most Aussies are, many of us suffered agonies locked down during the pandemic. Happily, with the borders open again we’ve been making up for lost time during the past northern summer.

But there’s a paradox. We most enjoy travelling when we’re not travelling, when we’re either contemplating the prospect or boasting about it afterwards, usually with elaborate details of bargain flights and upgrades at the inconvenience only of a seventeen-hour stopover in some Middle Eastern slave port with skyscrapers. We seldom enjoy the travel itself. This is because the essential thing with Australians travelling is that something must always go wrong.

In a random quiz at an airport, some recently returning travellers told us how their trips went.

“God, did I have problem with New York. Every restaurant was a rip-off and everyone in them was always getting mugged. The coloured-on-white crime is unbelievable. Don’t get me wrong, I’m as anti-racist as the next guy, but in the middle of Wall Street some black kids with a knife got away with my laptop, I had this major deal coming up—we’re talking megabucks here—and I needed all my contacts to clinch it and the whole thing went pear-shaped. I blame Trump for encouraging violence with his January the sixth invasion of the White House. The last straw was the hotel trying to charge me for the presidential suite when I’d only been in a penthouse one. Talk about greed. I reckon America is finished.”

“I’m at home wherever my assignment takes me, actually I identify as a globalist but I do find that in the Pacific despite Australia finally having a long overdue female foreign minister misogyny is so systemic that I have to fight my corner to get access to one of their leaders who are all Christian fundamentalist chauvinists. When I put in a request for an interview they ask me to bring a male journo and constantly infer in conversation that only men can understand politics. I guess it’s a matter of their culture—and I say that as a committed non-racist—but if Australia’s going to be helping them with aid they really need to do something about these toxic prejudices. They’re pretty third-world technologically too and twice running I’ve had trouble with my monthly productivity increment reaching one of the local banks. Also when I tell them I’m a proud Tomandjeri woman—my great-aunt had a first nations partner—they think I’m representing some other country, not Australia. Weird.”

“All we can say is ‘never again’ to a so-called cultural tour of Italy. We’re getting on a bit and we value comfort but do you think we could find just one clean sit-down toilet in all the churches and museums we were made to tramp through? The one in the so-called ‘luxury’ coach was always occupied or blocked but we were supposed to have comfort stops during the day and believe you me you need them after all that oily food. But blow me down if the driver doesn’t announce that we’re running late and he’ll have to make up time by not stopping anywhere. Nance had her bag snatched in Rome, Naples, Florence and Venice (twice) and the money belt I wear was stolen from our room in Amalfi while I was having a lay down. The hotel management were no help, seemed to think I was trying to put one over them. We won’t be rushing back there, I can tell you.”

“I’m really glad to be home. England was awful. Of course I’m not a racist but the AirB&B my friend and me booked in advance was right over an Indian takeaway and the smell got into everything and it turned out it wasn’t even in London which we had specified but somewhere called Rotherham hours away on the train, which was so expensive, and with the people you saw around it was like being in a foreign country, and when we got to London there were just so many tourists and there were huge queues for everything and you had to pay to go everywhere, even art galleries and St Paul’s Abbey which as government properties ought to be free. I won’t be going back.”

“I was booked to go to Vancouver but I had to have a joint. I found something called a prayer room where no one much came and after a week I realised I hadn’t left the airport.”

“France was shithouse. Everyone knows the French are up themselves when it comes to food and wine and think they know the lot. They don’t, and I went over and got this job in a restaurant in Paris to help them improve their standards. Frankly, for really innovative cooking you’re better off in an Aussie bistro. I tried to show the head chef how I do seared rare rabbit comfit and the retard just didn’t want to know, even when I told him I’d won an award in the Age ‘Epicure’ for it. Then I got food poisoning and the doctor pretended they couldn’t speak English. Stuff France.”

“The pollution in India is unbelievable. I travelled with a delegation from Youth For Doing Something About Climate Change and we were just, like, oh my God! There are exhaust fumes everywhere and factories pumping out smoke, it’s like Kyoto and COP26 had never happened. My dad paid for us to stay in a rajah’s palace and the marble was being literally eaten away by acid rain. It just confirmed to me how much we need climate action now to stop that happening in Australia. And the racism, all those inferior castes and things. An old lame guy who took us round in a rickshaw told us standards of living are rising because of industrial growth, but I don’t buy that. If those factories poisoning the atmosphere are the price of that, can’t the Indians see that poverty is better for the planet?”

“Well just let me tell you Amsterdam has become so intolerant. I met this gorgeous Dutch guy online and he asked me to go over and marry him but when I arrived feeling like God knows what after a lifetime in cattle class he said we couldn’t go out clubbing or anything or we’d get bashed by these gangs of African homophobes everywhere. The gay scene has just been trashed, all we could do was stay in Hendrik’s apartment and, you know how it is, after a bit you start to get on each other’s nerves so we decided to postpone our wedding. Then Hendrik had his car set on fire by rioters, actually it wasn’t his own car it was his rich German ex-boyfriend’s Lamborghini and he was minding it while the ex-boyfriend was in Mykonos. I wasn’t staying around to see how that worked out when Klaus got back, I can tell you.”

“As a connoisseur of historic classical architecture I have to say Greece was terrible. The Greeks have got a lot to learn from us about the way they look after their built heritage. They’re years behind even in terms of the most basic conservation. All their historic ruins are falling down from neglect, and would you believe I saw some Japanese tourists ‘souveniring’ some bits of marble sculpture off a temple? I’d recommend a tour of ‘Georgian Tasmania’ as better value for your travel dollar.”

“Our cruise on the Medusa was a disaster from beginning to end. Halfway through, something went wrong with the ship and we were transferred to a much inferior vessel where they managed to lose all my luggage. Several passengers left us during the trip as a result of the shocking conditions, without even exchanging addresses. As they say in the classics—never again!”

21 thoughts on “Now We Can Travel Again…”

Getting Change and Progress into Perspective

The Inherent Racism of SBS