Conservatism Grapples with its Identity Crisis 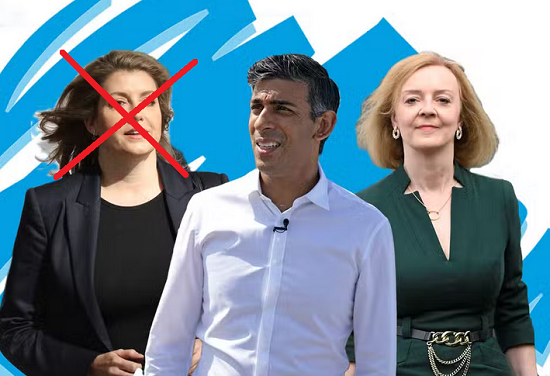 Along with Centre-Right parties around the world, especially in the Anglosphere, the British Tories have been adapting slowly to a change in their class support: blue-collar workers have been moving rightwards and the educated middle-class, particularly those working in the public sector, has been moving Left. That should not have created major problems for the Tories because the party had regularly won one-third of the working class (equal to fully half its total vote) roughly from Disraeli and Salisbury down to Harold Macmillan. But it did.

The issue of “Europe” had quietly divided the Tory party, partly along class lines, ever since Macmillan launched his 1960s bid to join the EEC. As part of this abrupt transformation of UK grand strategy, he sought to make the Tories into “the party of Europe”. That identity never “took” either nationally or in the party. As long as “Europe” meant only a free trade area, the Tories could live with it, albeit uncomfortably, demanding constant (unsatisfactory) reassurances from a Europhiliac leadership. But when the European Union moved towards serious political unification with the Maastricht and Lisbon treaties, the Tory rank and file seethed, rebelled and eventually wanted Out.

From the standpoint of party management, the Brexit referendum came too soon. Under successive post-Thatcher party leaders, the party machine was already centralizing candidate selection with the intention of getting a more amenable (i.e., less conservative) party in Parliament. As David Scullion pointed out in The Critic , “[David Cameron’s] A list was a system that Cameron hoped would find more MPs he could use to refashion the party – liberal, pro-European, female and minority totems who would both symbolize “the change” and seal it ideologically in place.”

To some extent Cameron succeeded. Social surveys cited by Scullion show that Tory MPs are more socially progressive than their voters. In the post-referendum debates some of Cameron’s A-Listers were among the most determined Remainers in the Commons such as Anna Soubry (who then left the party). There simply weren’t enough of them. And the Brexit result meant that there wouldn’t be many more for a while.

Brexit was a shock to the Tory system. It forced the post-Cameron party leadership under Theresa May to formally change its public stance from the party of Europe to the party of “Global Britain” almost overnight. It had to face the political reality that about 60 per cent of its MPs and a much larger percentage of its activists and voters wanted some form of hard Brexit. Because Brexit heightened the drama of all politics, including internal Tory divisions, it meant that the May administration was unable to smuggle through its compromises through either Parliament or Tory councils outside. What followed was a three-year parliamentary-cum-electoral struggle that Boris (with help from Nigel Farage) won in the 2019 election with a national landslide resting on a coalition of traditional Tories and patriotic blue-collar Labour voters. And that should have started to cure the Tories’ identity crisis.

It didn’t do so because Boris made very little of his victory.

I take a friendlier view of Boris than most other pundits. It is nonsense to claim he was never in any sense a conservative. All his professional life he has been a Disraelian One-Nation conservative, friendly to all the traditional social classes except puritanical ones, with a dose of robust “better England free than England sober” liberalism in his political make-up, allied to a cheerful patriotism that is itself vulnerable to a weakness for big Napoleonic civil projects.

It is hard to imagine a political outlook less suited to dealing with a pandemic and the global panic it aroused, and I believe that realisation undermined his confidence in dealing with them. As I argue at greater length on National Review Online, he calculated that it was impossible for mere politicians to resist the senior medics and scientists advising lockdowns and bureaucratic controls, and he went along with policies and spending programs that contradicted his known convictions. And that reluctance gradually spread to other major policies. He raised taxes he had promised to cut or hold down. And when Boris fell, he left the country collapsing into a cost-of-living crisis and the Tories in a state of greater ideological confusion than ever.

That confusion has been reflected in the leadership election on three issues: the party’s response to the “woke” attack on Britain’s history and national institutions; Britain’s future grand strategy; and the shaping of a realistic economic policy to lead the country out of the economic and energy crises between now and the likely election in late 2024.

For practical purposes the Tory party has developed no serious political response to the fact that Britain’s universities, cultural institutions, civil service, local government authorities, and even its police are largely in the hands of people indoctrinated in bizarre theories compounded of cultural Marxism, critical race theory, cancel culture, gender theory and much else and saturated with national self-hatred. Neither of the two final contenders spoke much about such matters in the election’s early stages; nor did the other “heavyweights” before they disappeared with surprising speed; it was left to three junior ministers on the edge of the Cabinet, all women, two of them from ethnic minorities, to raise such topics boldly and effectively.

But not unanimously. Kemi Badenoch and Suella Braverman, both born in Britain, of Nigerian and Indian parents respectively, were strongly hostile to critical race theory, gender theory and wokeness in general, while also being outspokenly patriotic and even moderately appreciative of the British Empire. Penny Mordaunt, on the other hand, while presenting herself as a patriotic naval reservist, was gradually revealed to be a ministerial supporter of “gender neutral” language who had tried to erase the term “mother” from health legislation and as the co-author of a politically correct, indeed cranky, book denouncing, for instance, 1970s television comedies for homophobia and casual racism, and dismissing Kenneth Clark’s great television series, Civilisation, on absurd grounds of social class.

MPs and party activists responded very differently to the three women. In polls of Tory activists and voters Kemi Badenoch rose steadily to defeat every other candidate in head-to-head match-ups. If activists had determined the two finalists, Badenoch would have been selected by acclamation as a finalist and probably gone on to win altogether. Braverman, though performing well, was outshone by her. And Mordaunt after a good start was crushed in the polls under a weight of damning quotations from her book.

Reactions from MPs were very different. Neither Badenoch nor Braverman advanced far in the votes cast by MPs despite popular enthusiasm for their strong performances. But Mordaunt survived into the final three for the last parliamentary ballot and ended up with almost a third of Tory MPs in her column—an alarming sign of internal Tory confusions. Other things being equal, it looks as if MPs would prefer to leave wokeness and culture wars alone but that their activists and voters won’t let them. The near-certainty that Badenoch and Braverman—who have continued to criticise critical race and gender theories with sharp arguments—will be in the new leader’s Cabinet suggests that the Tories will start to tackle wokeness as a serious threat to British liberties. And not before time.

Badenoch, Braverman, and the startling fact that a majority of the Tory candidates at the starting point were from ethnic minorities are also factors likely to reshape the debate over Britain’s grand strategy. Serious commentators such as Matthew Goodwin and Eric Kaufman argue that this contest has ended the politics of “racialism” in the UK because it will simply be implausible for Labour and left-wing NGOs to accuse the Tory party of being institutionally racist. The UK’s political leadership already looks much more multi-ethnic than the pale, stale and male cabinets of EU member-states. And an unexpected result of Cameron’s candidate selection reforms has been to recruit some able young minority and women candidates who are neither liberal nor pro-EU nor burdened with “white guilt” and often the holders of conservative moral and religious opinions.

Against that background—which includes links between post-imperial migrant diasporas and Commonwealth trade—Global Britain looks like a more realistic national and political strategy than “the party of Europe” given that the EU has adopted a punitive attitude to the UK on trade, Northern Ireland, and much else. In the last few days this issue has erupted into the increasingly harsh debates between the two finalists, Liz Truss and Rishi Sunak, in a row over whether Sunak as chancellor resisted removing EU regulations because—it’s argued—he wanted to keep Britain as close as possible to the EU in its economic rules and structure. Sunak denies this. The effect of the controversy, however, is that both candidates have now committed themselves to putting trade, regulatory and diplomatic clothing on the previously rather nude concept of Global Britain (though, to be fair, Boris started that with the AUKUS agreement). Domestically that implies a more vigorous policy of deregulation.

It is, however, the debate over budgetary and monetary policy that is now the main battleground between the two contenders. I’ve written earlier (https://bit.ly/3QK8VUc ) that both Liz and Rishi had adopted different variations on Thatcherism to revive economic growth: she’s for tax cuts, he’s for tax cuts but only after first getting inflation under control. My earlier (and amateur) judgment was that both Liz and Rishi had got it partly right:

Tax cuts and lower inflation are both essential to economic health, but they are easier to achieve and less risky if they rest on reduced public borrowing, which, in the absence of tax hikes, means cuts in public spending. But won’t spending cuts be the wrong deflationary medicine for an economy heading into a recession? To which my answer is: if they are combined with tax cuts, no. They then represent a shift of resources from the public to the private sector, where they’re more likely to be used productively. Unfortunately. neither Liz nor Rishi seems to be thinking along quite these lines. She’s risking further inflation with unfunded tax cuts; he risks a deepening of the recession already looming by not curbing the tax hikes he introduced quite recently. And they’re both downplaying the need to cut bloated public spending and borrowing.

That seems sound to me, and it inclined me to support Rishi Sunak. Unfortunately, since then he has panicked in the face of a likely Truss victory and responded to her rash tax promises with some of his own. As a result the gap between their approaches has narrowed. They both favour enterprise and de-regulation; they both want a tight monetary policy and a looser fiscal one; but they both shrink from cutting spending and borrowing, which leaves them without a key item in the policy tool-box.

Though progress is being made on wokeism and Britain’s grand strategy, the psychological crisis of Toryism can’t be cured until the party regains its grasp of sound money, prudent economic management, and a culture of enterprise. It has twenty-eight months to do so before an election and a perfect storm to navigate until then.

3 thoughts on “Conservatism Grapples with its Identity Crisis”

Hypocrisy by the Sackful