Negotiating the Noise around Procreation 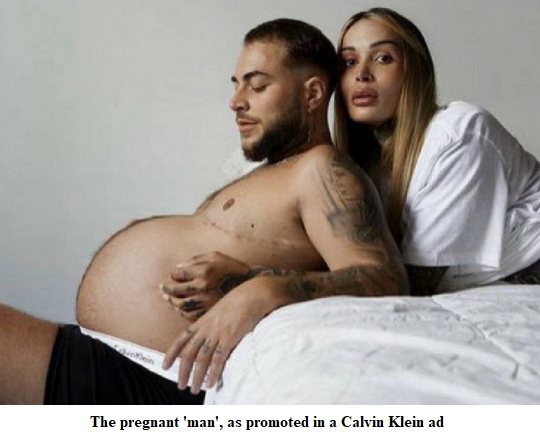 Once upon a time, human procreation depended on an egg (a female gamete), a sperm (a male gamete), a womb, and two parents (a female and a male). This was once scientific fact, existential reality, religious truth, the foundation of society, the subtext of all narrative. But in a world ruled by suspicion of grand narratives—all canonical accounts of what human life is and means—it is now thought to be narrow-minded.

Evolutionary biology and evolutionary psychology are grand narratives, like Judaism and Christianity, although their truth claims are regarded as scientific rather than religious. Evolutionary biologists believe sexual selection is the main driver in human evolution. The evidence suggests the essential mechanism here is hypergamy, a woman’s desire to marry as high up the social hierarchy as she can, with an eye towards her partner’s status and education. They believe her mating choices were important because she could not reproduce on her own, offspring were a costly investment, and she needed a man with resources (or the potential to create and provide them).

Feminists insist hypergamy is a myth invented by patriarchy to flatter the male ego. They demand myths of sexual selection more compatible with feminist goals. Having accompanied their fellow travellers on the long march, they are now firmly entrenched in all non-STEM disciplines. Since the sexual revolution of the 1960s, they have influenced social policy and controlled the semiotics of culture. The modern economy and family have adapted to and indeed depend on female participation in the workforce.

In a 2015 interview with Spiked, the US feminist Camille Paglia opined:

The problem with too much current feminism, in my opinion, is that even when it strikes progressive poses, it emanates from an entitled, upper-middle-class point of view. It demands the intrusion and protection of paternalistic authority figures to project a hypothetical utopia … magically free from offence and hurt. Its rampant policing of thought and speech is completely reactionary, a gross betrayal of the radical principles of 1960s counterculture.

The Canadian men’s rights activist Diana Davison agrees. She says feminism is now about utopian visions, and controlling social narratives, while demanding more from society. This is dangerous, she believes, because utopias cannot exist. Paradoxically, feminists claim to be strong women while demanding the protection of a paternalistic society revolving around their desires. By this measure, feminism has become a menu of middle-class choices, a shopping list. A feminist in the twenty-first-century Anglosphere is little more than the fisherman’s wife from Grimm’s Fairy Tales, who represents the existential difficulty men face trying to fulfil female desires.

The Anglosphere is currently warring over opposing social justice narratives. One demands the removal of any and all barriers to woman’s self-actualisation, including equality of outcome as well as opportunity. Another insists that sex equals gender, and both are functionally independent, from each other and from evolutionary biology too. We have become a society adapted to and driven by woman’s needs and desires. At the same time we have lost a cultural sense of what woman is.

Developments in reproductive technology mean a child can have many mothers, one to provide genetic material, one to provide gestation, and others to provide caregiving after birth. Developments in social policy and medical science mean a woman can now become a man—or vice versa—and be recognised as such under the law. This can occur either by sex-reassignment surgery or simply by self-identification. Given the incendiary nature of gender politics—particularly trans activism—the ethics or morality of these developments cannot be debated.

Lesbians and gay men are attracted to individuals of the same sex. Female homosexuality cannot be separated from female evolution (being a woman, having a female sexuality). Male homosexuality cannot be separated from male evolution (being a man, having a male sexuality). Despite these adaptations, heterosexuality remains the norm. According to evolutionary biologists, females and males are different but complementary.

This is as close as evolutionary biologists get to saying heterosexuality is normal, and homosexuality is not, in a way that studiously avoids either the naturalistic fallacy or the appeal-to-nature fallacy while still acknowledging the importance of distinguishing between heterosexuality and homosexuality. Nevertheless, all concepts of normal, irrespective of how they are derived, are anathema to those who see humans as blank slates, as raw material independent of biology. Anything less than believing humans can become whatever they want to become—free from biology—is now understood as conservative or religious prejudice (or hate speech).

After the sexual revolution, the social order adapted. All sexual behaviour was normalised, for the sake of human authenticity—an emotional goal of the Romantic movement—and as part of the human rights push. Murray says, in making its peace with homosexuality, the Anglosphere has determined there are no differences between hetero­sexual and homosexual relationships, and homosexuals can have and raise children in the same way as heterosexuals. In this new social order—highly ideological, heavily policed, and totally reliant on Critical Theory—there is a new, authorised, hygienic version of the gay story, and all unauthorised, unhygienic versions of the story are banned.

For example, under public health legislation, sexually transmissible infections are notifiable conditions. When these routinely collected data are reported, they always tell the same story: men who have sex with men suffer significantly higher rates of gonorrhoea, syphilis and HIV infection. Although these data are now excised from the hygienic version of the gay story, they do raise an intriguing question: What would the same-sex-marriage debate have looked like without medical treatments for the consequences of male-to-male sex?

Avoiding the naturalistic fallacy and the appeal-to-nature fallacy is one thing. Proceeding with the normalisation of homosexuality as if heterosexuality does not matter is another thing entirely. Murray highlights a paradox about this. At the same time gay rights activists were trying to convince the world that homosexuality was a born-this-way hardware issue, the opposite was happening to women. A theoretical claim was made in the 1990s, and two decades later it was embedded in law. Suddenly everyone was meant to believe that biological sex was merely a matter of “reiterative social performances”. This, says Murray, undermined the feminist cause:

It left feminism with almost no defences against men arguing they could become women. But the whole attempt to turn hardware into software has caused—and continues to cause—more pain than almost any other issue for men and women alike. It is the foundation of the current [cultural] madness. For it asks us all to believe women are different from the beings they have always been. It suggests everything women and men saw—and knew—until yesterday was a mirage and our inherited knowledge about our differences (and how to get along) is all invalid knowledge … we are being not just asked, but expected, to radically alter our lives and societies on the basis of claims our instincts all tell us cannot possibly be true.

When the Anglosphere allowed same-sex couples the right to marry, and have children, it did so without consensus, or serious debate, about the normative role biological parents (fathers and mothers) play in human procreation, and in the lives of their biological children (sons and daughters). Whatever passed for debate was framed as human rights rather than human responsibilities—or biological imperatives—while chanting the puerile mantra Love-is-Love. To stray from the progressive script was to be accused of hate speech and be regarded as unworthy of belonging to liberal democratic society.

In lesbian studies there is a body of qualitative research struggling to be accepted within the mainstream of the scientific literature, which studiously ignores the fact that two women cannot reproduce without sperm (a male gamete). Curiously, it is considered neither relevant nor polite to question the ethics or morality of how lesbian couples obtain sperm, or what method they use to fertilise the egg—IVF or turkey-baster—or whether the donor has a moral or legal right to be identified as the biological father (as he does in some jurisdictions). Political correctness protects lesbians from unwanted scrutiny of their private lives, until they do something to draw unwanted attention to themselves. Think of the high-profile lesbian mothers caught bullying for political reasons—as mean girls accusing their heterosexual female competitors of being childless—or the lesbian couples suing fertility clinics for discriminating against them because the designer embryos they ordered turned out to be not what they wanted.

In the media, there are attempts to gaslight the population with postmodern gibberish, to promote the legal fiction that two men can give birth. Celebrity host Anderson Cooper has proudly announced the arrival of his second child with his male ex-partner as co-parent. (The couple split in 2018, the first child arrived in 2020, the second arrived in 2022.) Conservative commentator Dave Rubin has recently announced that he and his male partner are expecting twins via separate surrogacies. Onetime US presidential candidate Pete Buttigieg announced that he and his male partner had become parents, having adopted fraternal twins in September 2021.

The role of the birth mother (the surrogate) in these high-profile pregnancies is not discussed, or is kept hidden, lest the contrived gaslighting narratives around them either evaporate or are subjected to unwanted scrutiny. Cooper and his male partner split before their surrogate pregnancies, but he still wants the world to know they are joyfully co-parenting their biological children. Rubin has not clarified the relationship he and his male partner have with their surrogates, or how the “twins” are biologically twinned. Buttigieg, a practising Episcopalian, is obviously positioning himself for higher office—perhaps another tilt at the presidential nomination in 2024—by shrouding himself in the contrived optics of a happy, normal, well-adjusted Christian family that just happens to be homosexual.

Speaking of gaslighting, what about the biological males allowed to compete in female sports? Or the biological male elected woman of the year? Or the female sex predators and serial killers who turn out to be biologically male, but identify as female, and are therefore regarded as female by the law and the media? The consequences of this are terrible. For one thing, female sports will die. For another, the statistics about violent and traditionally male crimes will be skewed. Over time, the refusal to distinguish trans women from biological women will change the data, making it appear as if women are equal with men, in perpetrating violent and traditionally male crimes, although this will be an artefact of gender politics gone wrong (or its logical conclusion).

The Anglosphere is standing at the crossroads. The insistence that sex and gender are functionally independent from each other, and from evolutionary biology, has either failed or been pushed as far as it can without detonating. The attempt to normalise homosexuality, as if heterosexuality does not matter, has had unfortunate consequences. So has the idea that men can become women, and women can become men.

Scientists discredit the scientific method—defined as “the systematic pursuit of knowledge involving the recognition and formulation of a problem, the collection of data through observation and experiment, and the formulation and testing of hypotheses”—when they allow themselves to be captured by gender ideology and trans activism. The insistence that hypergamy is a myth, invented to flatter the male ego, is not supported by evolutionary biology, is anti-scientific, and does nothing to change the perception that feminism has become a shopping list, a menu of middle-class choices.

Michael Giffin trained for the Anglican priesthood in the 1980s at St Paul’s National Seminary, Kensington, Sydney, under the Australian Catholic Bishops’ Conference and the Missionaries of the Sacred Heart. He is a Franciscan Tertiary

The Pornification of Girlhood