The Search for Australian Architecture 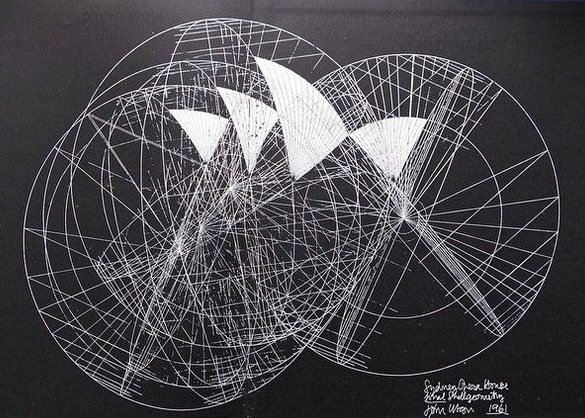 J.M. Freeland’s Architecture in Australia: A History was published fifty-four years ago. Since then, the population has exploded from 12 million to 26 million, much of it concentrated in Sydney and Melbourne with the remainder spilling over to smaller state capitals. Excepting Canberra, the major settlements are confined to the coastal edge and frame an empty interior. Australia is a highly urbanised society the character of which is faithfully mirrored in the architecture.

It has been said that we shape architecture and architecture shapes us. Until a century ago architecture was either stone or brick and relatively permanent and gave testimony to the life and meaning of long-lost dead civilisations. The settlement of Australia is ten generations long, compared to Aboriginal occupation of 2400-plus generations, 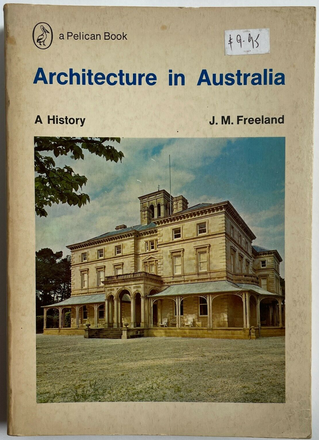 but it has been markedly more transformative and destructive in terms of its impact on natural systems and ecology.

Since the Second World War, the reality has been one of accelerating globalisation and internationalism, briefly interrupted during the Whitlam era, which has resulted in an increasing homogeneity of culture worldwide and the erosion of national differences. One of the most obvious forces that have shaped the national story is Australia’s geographic isolation and it is this that has encouraged the emergence of cultural difference, much as the remote Galapagos Islands fostered the emergence of distinctive adaptive traits in species. In an increasingly connected world, the dynamic of specialisation is depressed.

Despite their earnest attempts, many commentators have repeatedly failed to nail down a clear statement of 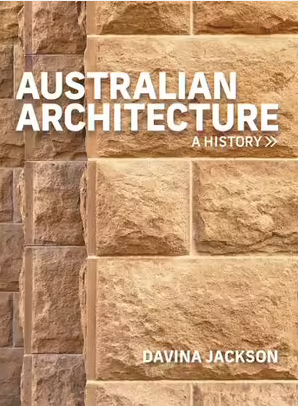 national identity. Under multiculturalism today, a dominant national characterisation, any pretence to a singular identity, appears even further off.

Jackson’s history follows the Freeland template as a historical survey set in chronological periods, but is more ambitious and carried out on a far grander scale. Largely a book of record rather than stylistic description, it begins with “Simple Structures” which describes the shelters of the Aborigines, followed by “Transferring Elegant Manners” on colonial Georgian, to “Early Victorian Expansions”, and so forth, to “International Cross Flows” between 1976 and 2000, and “Digital Dynamics 2001–2020” bringing us to the present.

As editor of the journal of the Australian Institute of Architects, Architecture Australia, Jackson was privy to a monthly flood of new buildings, the intensity of which is reflected in her exhaustive narrative style in streams of projects and names, arranged according to type categories and cities, accompanied by brief condensed one-sentence descriptions. Jackson encompasses an impressive number of projects but in doing so she rarely singles out one for critical dissection and analysis.

Such is the density of information, it feels like the running commentary on a one-day city bus tour; buildings slide past in rapid succession, their architect noted, then on to the next neighbourhood. At tour’s end, the weary tourists alight, their heads a confusion of innumerable images, half-digested impressions without a complete or overriding idea. So atomised has it been, such is the kaleidoscopic experience, there is no conclusion, no clear message about architecture as it is in Australia. It is hard to tell whether the architecture is good, bad or indifferent, purposeful or aimless. As to the implicit question posed by the title, whether there is such a thing as an “Australian architecture”, the tourist-visitor is left no closer to a conclusion.

Most of the genre has consisted of project books or the promotional publications of architectural firms instead of genuine histories solidly grounded in theory. Bernard Smith summed up Australian art with the observation that it is always imitative and delayed.

Nevertheless, Jackson’s Aust­ralian Architecture is still a considerable achievement and fills a gap in architectural historiography. It will unquestionably establish itself as an indispensable reference; such has been the investment by Allen & Unwin and Jackson’s concentrated dedication, it is highly unlikely that any other publisher will challenge its place on the bookshelf. The selection of illustrations is refreshing and a credit to the picture researcher’s thoroughness—although images straddle the gutter in places and are impossible to read. Two insert sections, “Influences” and “Visit”, will help the general reader to compare international style influences with their Australian interpretations and act as a guide to building visits.

The outstanding art history to date is Christopher Allen’s Art in Australia (1997). In the introduction, Allen asks, “Does Australian Art have a history?” then answers:

The question is not entirely rhetorical, for the two most common views of the subject imply a negative answer. It may appear, for example, that every style practised in the new continent was imported from Europe or America, usually long after it had ceased to be current in the place of origin. From this perspective, Australian art looks like little more than a series of colonial footnotes to developments in the West over the last two centuries.

The alternative view, that there is a history of Australian art, reduces the narrative to a series of attempts to impose inappropriate cultural models that are jettisoned, justified by a nationalistic quest to establish settlement by concealing the real historical processes at work. Allen compartmentalised his history into “Colonisation”, “Settlement”, “Unsettlement”, “The Uninhabitable”, “Escape Routes”, concluding desperately with “Homeless”. Allen concluded that Aboriginal art stands for “an experience of belonging that is the antithesis of our own sense of homelessness, which for us remains a dream”.

Buildings differ from art in several ways. They are fixed in specific physical settings, unlike a work of art that is portable and singularly expressive of the individual artist’s psyche; settings exposed to harsh sunlight, cyclones, floods and termites, incorporating materials sourced locally, that is, until industrialisation, globalisation and containerisation reversed the local competitive price advantage. With that restriction, Australian experience and culture, under the banner of multiculturalism, are increasingly diluted by high immigration rates which aggravate the sense of homelessness and undermine social cohesion, leaving society and new immigrant arrivals in a few large cities increasingly feeling little sense of belonging. This parallels the earlier English colonial experience as invaders who displaced the indigenous population, establishing a colonial mindset that has become a permanent condition, irrespective of Federation in 1901. Australians continue, in their imagination, to live somewhere else. Our two great architectural monuments, the Sydney Harbour Bridge and Sydney Opera House, were designed by foreigners.

This estrangement and dislocation pervade Australia’s culture and civilisation, and embed alienation as a prevailing existential dilemma. Robin Boyd summed it up when he described Australians as “arboraphobes”, engaged in an endless war on nature. We remain colonial in heart and mind, outsiders who seized an entire island continent and now treat it as occupied territory.

Luckily, there have been sporadic incidents where an emotional connection not greatly different from that of the Aborigines has broken the sense of alienation and displacement, more so in architecture than in art and painting, suggestive of what a truly Australian architecture might look like. I am thinking of architects such as Robin Boyd, Sydney Ancher, Glenn Murcutt, Ian Mackay, Gabriel Poole and others. A small group, Hardy Wilson, Walter Burley Griffin, and artists such as Lucien Henry and Tom Wran, were their predecessors. Followers of the American architect Frank Lloyd Wright, the Sydney Neo-Wrightian School followers such as Peter Muller, picked up a shorthand style expressing values drawn from Emerson and Thoreau, mixed with Jeffersonian Enlightenment ideas. Their choice was firstly one of convenience, offering a ready-made formula bridging the gap between architectural form and Australian landscape. It was a stopgap, never amounting to much more than an American import, out of sorts in a landscape so unlike the verdant picturesqueness of Wright’s Oak Park, Bear Run and Spring Green. 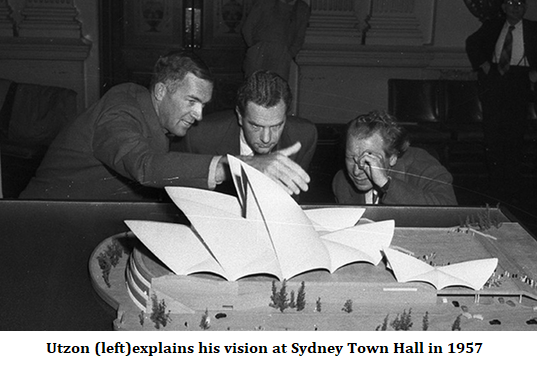 P.R. Stephensen expressed it best in The Foundations of Culture in Australia (1936) when he pointed to the existence of both imported and indigenous elements in every nation’s culture, and noted the impact of foreign cultures upon native culture as being of the greatest possible stimulus to it and its literature. He observed that the English language itself is overwhelmingly rich in elements of foreign and imported cultures. The critical fact, the difference between immature and mature, is the roundness and strength of the host and its flexibility in absorbing foreign influences without the native being lost along the way. In Australia, the native element is Aboriginal, entirely outside the Western ethos and cultural canon. The challenge is to find a bridge to Australian place founded on genuine spiritual engagement. Wright was unlikely to yield anything resembling that.

Survey histories make an important contribution inasmuch as they record the route we have travelled to reach the cultural present, containing warning signs on dangerous corners, diversions, signposting badly maintained stretches of road to be avoided in the future. The achievement of an Australian architecture is some time off, no more likely than Australia becoming a mature and independent republic.

When asked by a friend his opinion of someone who had imitated in marble several of the most famous antique statues and boasted that his copies were better than the originals, Michelangelo replied: “No man who follows others can ever get in front of them, and those who can’t do good work on their own account can hardly make good use of what others have done.” Like the imitator in Michelangelo’s anecdote, Australia is trapped in the same vice: it can never get ahead if it follows others in front of it.

For all her book’s impressive monumentality and thoroughness, Jackson never addresses the question posed by her title, whether architecture in Australia is “Australian”, or is at best, a skilled pastiche. Such a conclusion is lost on Australian imitators who depend on and take ideas from others, increasingly so nowadays in an era of instant electronic information transfer. Globalisation is an all-conquering force today that spreads uniformity and eliminates local difference and works against the achievement of a distinctive Australian architecture. A great deal more is at stake in the confrontation between global versus local values: the realisation of a distinctly Australian set of values and expression, not solely in architecture, but for the whole culture, a culture one hopes would be based on a feeling of belonging, which, in turn, treats Australia as a precious inviolate homeland. Failing this, we condemn ourselves to follow forever in the footsteps of others.

Dr Philip Drew is a Sydney architectural historian and critic

The Veranda as Metaphor

The Achievement of Harry Seidler