The Race to Found Australia 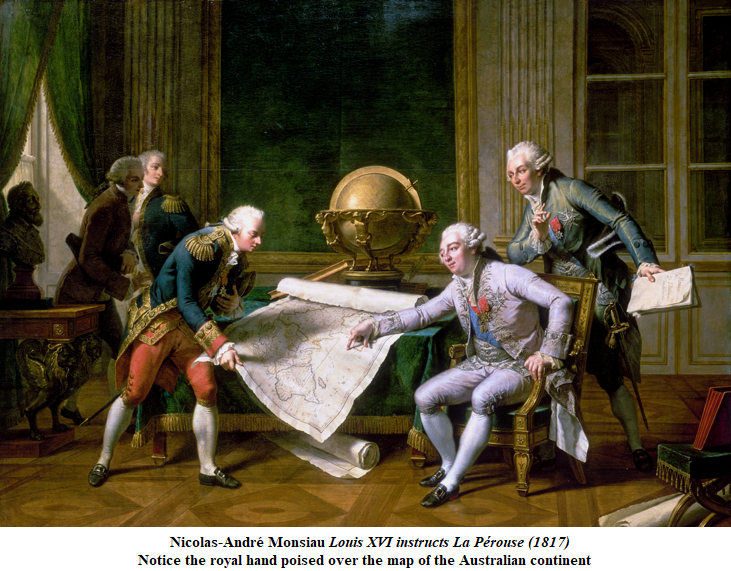 In August 1785, one of the American heroes of its War of Independence, naval commander John Paul Jones, was in France as an agent of his new country’s embassy. The American ambassador, Thomas Jefferson, shared with Jones his concerns that the recently departed expedition of Captain Jean Laperouse—ostensibly a scientific voyage to the Pacific Ocean—might also have political objectives. The French had lost their North American territory of Louisiana in 1763 in the Seven Years War and Jefferson suspected they might be trying to make a comeback on the continent’s Pacific coast. He ordered Jones to undertake some espionage, especially in the port of Brest from which Laperouse and his two ships had just departed.

Jones discovered that the expedition had two undeclared goals. One was to establish a fur trading enterprise at Nootka Sound on North America’s west coast (modern Vancouver). The second was to traverse the Pacific and take possession of territory on the Australian continent, in Jones’s own words:

to establish Colonies in New Holland, after having well explored the Coast, and made Experiments on the Soil of that vast Island, which is situ­ated in so happy a Climate, and so contiguous to the Establish­ments of France in the East Indies.

Rather than being an expedition launched by scientists or the French navy, Jones reported that its route had been planned by France’s new King, Louis XVI himself, and financed from his own private coffers.

Reading the report, Jefferson was relieved to learn that the trees, plants and the retinue of troops and farmers aboard Laperouse’s vessels were not being sent to annex territory north of Spanish California, which the ambassador tacitly coveted for his own country. But he knew that the British, who had just lost thirteen of their American colonies, would be shocked to learn of the plan to colonise the Pacific coast of New Holland, discovered and claimed for Britain by James Cook in 1770. Jefferson had no reason to alert his recent English enemies so he kept the information to himself and the small circle of Americans gravitating around his office in Paris.

It was not until August 1786 that Jones’s findings travelled from Paris to London in the hands of an American adventurer, John Ledyard, and came to the attention of Joseph Banks, who immediately informed Prime Minister William Pitt. The news so alarmed the British cabinet that it hurriedly ordered the formation of the First Fleet for what turned out to be a race around the globe between Arthur Phillip and Laperouse to establish a beachhead at Botany Bay.

The previously untold story of how this occurred, and why the British won by a matter of only days, is the subject of a new book by Margaret Cameron-Ash, Beating France to Botany Bay: The Race to Found Australia, published this month by Quadrant Books. The author discloses the story with the same forensic research skills and page-turning prose she deployed in her earlier work on the explorations of Captain Cook, Lying for the Admiralty (reviewed in these pages in September 2018). Let me devote the rest of this column’s space to the following extract from her new book on the founding of the Australian nation, a story no one has written until now.

TODAY we think of England and France as close allies, who fought together in two world wars, who both belong to NATO and, until recently, were fellow members of the European Union. Indeed, there is a drift towards rewriting the history of Europe from the perspec­tive of integration, thereby suppressing the past story of nation-state formation. Yet, to make sense of the origin of modern Australia, we must know the story of that past, when England and France were fierce rivals.

The Race for Botany Bay was the last great Anglo-French contest before the French Revolution. From the perspective of contemporary Europe, it was a triumph for the British navy. Its significance is right up there with 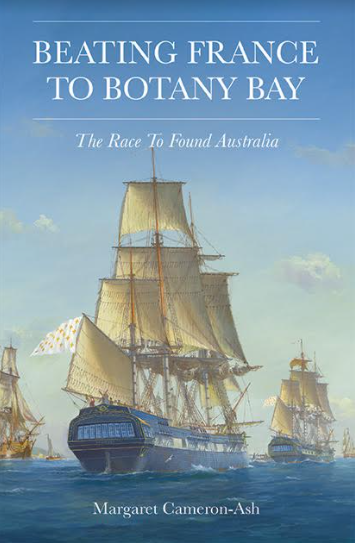 Britain’s greatest naval victories of all time, such as the bloody battles at Qui­beron Bay in 1759 and Trafalgar in 1805. But why did it hap­pen? In his renowned book The Tyranny of Distance, Profes­sor Geoffrey Blainey asks: “Why did Britain decide sud­denly to send convicts to Australia?”

To ask why the British cabinet suddenly decided, on August 18, 1786, to seize Australia is to undertake a search not for origins, but for the catalyst. The origins are buried in decades of expeditions and speculative proposals, dating from William Dampier’s voyages in the 1690s.

After Captain James Cook’s epic voyages, Sir Joseph Banks urged the colonisation of Australia at two parliamentary inquiries, held in 1779 and 1785, but he failed on both occa­sions. None of the alleged benefits—flax, spices, a convict dumping ground, the China trade—was sufficiently urgent to spur the government to action. The idea of plant­ing a British colony on the far side of the globe was too costly—financially and politically.

No time is the right time for such an audacious decision. What was needed was a bombshell. Several scholars have sought to identify that bombshell but have been thwarted by its suddenness. Blainey answers his own ques­tion: “In some ways the decision was made for the far future. For the short term it was simply vital that France should not be allowed to occupy such a strategic site.”

Cambridge Professor C.H. Wilson agrees and points to the moment in April 1785 when Whitehall learnt of the looming French expedition to the Pacific commanded by Captain Jean Laperouse: “Only this can explain the scramble to get the First Fleet off on its long journey.”

Yet, while news of the French voyage raised concerns in London, it failed to stir the government to action. The “scramble”, as indeed it was, did not commence for another sixteen months—long after Laperouse’s ships had rounded Cape Horn and entered the Pacific Ocean.

Who dropped the bombshell on August 17, 1786, that trig­gered the crisis cabinet meeting the following day?

The world saw a similar catalyst at work 175 years later. Before entering the White House, John Kennedy showed lit­tle interest in space. As one biographer writes, he “could not be convinced that all rockets were not a waste of money, and space navigation even worse”.

Yet just months later, President Kennedy launched the Apollo lunar landing program, the most expensive peace­time initiative in US history. In May 1961, he declared that the United States “should commit itself to achieving the goal, before this decade is out, of landing a man on the moon and returning him safely to earth”. What had hap­pened?

The trigger was Yuri Gagarin. On April 12, 1961, at the height of the Cold War, the Soviet Union sent Gagarin to orbit the earth. Russia had put the first man in space—and won the Space Race, for then.

In the summer of 1786, the British government was not thinking about the Pacific Ocean. Instead, the Prime Minis­ter, William Pitt the Younger, was finalising the terms of the Anglo-French Commercial Treaty intended to end centuries of bankrupting wars with France. Nothing could interrupt these delicate negotiations. Yet, five weeks before the Treaty was signed on September 26, Pitt was forced to adjourn the negotiations and summon an emergency cabinet meeting. After thirty hours of deliberations, Pitt and his ministers resolved to send an occupation force to Australia immedi­ately.

What was the Yuri Gagarin factor? This book seeks out the vital nugget of intelligence that suddenly forced William Pitt to fire England’s starting pis­tol on Friday August 18, 1786, launching Arthur Phillip on the race for Australia. It also follows the French courier who rushed from Paris across Siberia to Kamchatka to deliver a letter to Laperouse. Signed by Louis XVI, it ordered the French navigator to abandon his original itinerary and sail straight for Botany Bay.

If it had not been for Cook’s deception in concealing the prize of what we now call Sydney Harbour, and the Admi­ralty’s inclusion in their charts of non-existent islands of gold and silver to waylay Laperouse, the result may well have been very different. The race ended in a photo finish—with Britain winning Australia by less than a week.

This book tells the Anglo-French component in the story of the founding of modern Australia. It focuses on the deci­sions and actions of the French and British policy-makers, and it ends with France’s departure from the continent. It may surprise the reader to learn of the significant role played by Americans in this story: John Paul Jones, famous for his naval exploits in the Revolutionary War; Thomas Jef­ferson, a Founding Father and later third President; and the lesser-known adventurer John Ledyard, a veteran of Cook’s final voyage.

A Disaster of the Active Kind