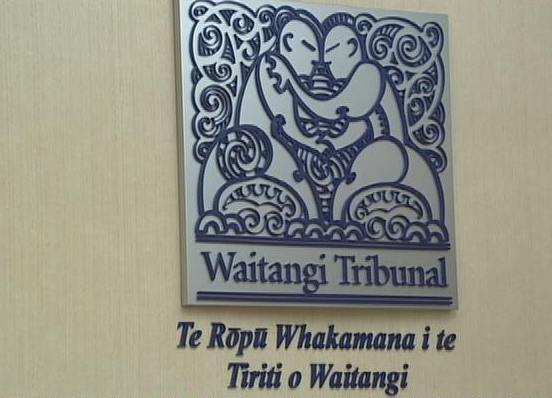 In an article recently published in the Courier Mail titled “Recognise Our First Australians”, the author, Joe Hildebrand, says Australia will not be complete as a nation until our First Australians are recognised in the Constitution by the Voice to Parliament, as urged by the Uluru Statement from the Heart. He says this has widespread support. He doesn’t, however, explain how recognition of the Voice in the Constitution will complete the nation.

The nation of Australia came into full existence on September 17, 1900, when the proclamation was made under clause 3 of the Constitution of Australia Act declaring Queen Victoria’s satisfaction that the people of New South Wales, Victoria, South Australia, Queensland, Tasmania and Western Australia had agreed that they should be united in a federal commonwealth under the name of the Commonwealth of Australia. Previously, the continent was divided among six British colonies.

Hildebrand’s claim is legally meaningless, though it may have a satisfying emotional appeal for some.

Aboriginal activists and their supporters are keen to describe those claiming Aboriginal descent as “First Nations”.  The Queensland Anti-Discrimination Commission says in its publication Aboriginal People in Queensland: A Brief Human Rights History: “Before the arrival of Europeans … Over five hundred clan or family groups—many with distinct cultures, beliefs, and languages—occupied the continent.”

What such diversity of peoples in pre-1788 Australia means is illustrated by the experience of Bennelong, a Wangal man well known to Governor Arthur Phillip. When he went to Parramatta in 1789, he did not understand the language spoken there. The country of the Wangal people was around the present Sydney suburb of Strathfield—now only fourteen kilometres away along the M4 motorway.

Describing each of 500 or so relatively small tribes as a separate “nation” may enable activists to pretend that their descendants have sufficient legal status to enter into treaties with Australia or various Australian states, as is happening in Victoria and Queensland. But claiming to be nations or sovereign nations doesn’t achieve that status. International recognition is necessary.

The term “First Nations” in any event involves plagiarising an expression that the Canadian Encyclopedia says was invented in Canada and first used there in 1980 at the Ottawa meeting of hundreds of chiefs to refer to indigenous peoples in Canada who are not Métis or Inuit in origin.

It would be more accurate, as well as more honest, to avoid that term here and refer to Aboriginal peoples by their traditional tribal or clan names, difficult though that would make it for them to say they were each entitled to recognition as independent actors in international law.

A Voice recognised by ordinary legislation won’t suffice, says the Courier Mail, because that can be repealed by any later parliament. But given recent experience with experiments in First Nations self-determination, it would be irresponsible to constitutionally entrench the Voice.

ATSIC, a body made up of Aboriginal commissioners first elected in 1990 by Aborigines but funded by all taxpayers, was an experiment in representative self-determination by First Australians.  It collapsed in 2004, in a mire of corruption and nepotism so bad that it was abolished with bi-partisan support. This disaster could be abolished because it was set up under ordinary legislation and was not entrenched in the Constitution.

The corruption and nepotism that destroyed ATSIC was not a one-off failure. It is being repeated in numerous indigenous corporations in which powerful families control, to the exclusion of other Aborigines, millions of dollars of mining royalties and government payments—for example in South Australia (see “Black Lives Matter: Too Many Are Feeding Off Our Native Title Bounty”, Australian, July 8, 2020), in Kakadu (“Kakadu Finance Row”, Australian, February 26, 2021) and in the Pilbara (“A Matter of Trust”, Australian, December 3, 2020). Fortunately for the public interest, none of these bodies has been put beyond parliamentary control: none are constitutionally protected.

It is also claimed that a constitutionally enshrined Voice to Parliament is no cause for concern because it will merely be an advisory body with no power of veto over Parliament or government. The New Zealand experience suggests otherwise.

In 1842, the British Crown signed the Treaty of Waitangi with New Zealand’s Maoris. By this brief document, the Maoris recognised British sovereignty while the Crown guaranteed Maoris ownership of their lands and other “property” (“taonga”, in the Maori-language version of the treaty). For over a century, the treaty was a dead letter and colonists expanded their hold on Maori lands. Then in 1975, Maori activists persuaded the New Zealand Parliament to pass the Waitangi Tribunal Act. It set up that tribunal to hear claims by Maoris for breaches of the treaty by the Crown.

Like the proposed Uluru Voice to Parliament, the tribunal is an advisory body only. It can only make recommendations to government; it cannot issue binding rulings. But, backed by willing courts, it is changing New Zealand society and the economy.

The tribunal quickly changed the meaning of “taonga” from “property” to “any prized thing”. The New Zealand courts have gone along with this. The government accepted an early tribunal recommendation that the Maori language, though not “property”, was nevertheless “taonga”, and declared Maori to be an official language of New Zealand. Many New Zealanders may have supported that. But the tribunal has not stopped there. For example, after initially rejecting the tribunal’s advice, the New Zealand government accepted that Maori “taonga” extends to entitling various Maori tribes or iwis to share in the proceeds of the government’s sale to commercial communications and telecasting interests of parts of the electromagnetic spectrum. The tribunal held that because Maoris used the stars for navigation and “incorporated them in their own philosophical worldview”, therefore the electromagnetic spectrum is a “taonga” guaranteed by the treaty and there is a treaty principle, invented by the tribunal and accepted by the New Zealand courts, that gives Maoris a “right to the development of that taonga through technology that has subsequently become available”.

A racially-based Voice limited only to giving advice to government is not, I think, a recipe for uniting all Australians and cannot be dismissed as no cause for concern, if Aboriginal activists and supporters are as competent agitators as their Maori opposite numbers, and Australian politicians are as susceptible to pressure from indigenous activists as are New Zealand politicians. The Victorian and Queensland governments confirm that they are so susceptible: they are making treaties with their own indigenous people.

It can be predicted with certainty that putting an Aboriginal Voice into the Constitution will settle nothing and will complete nothing. Reconciliation, a comforting but unexplained term, will be as far away as ever so long as many Aboriginal activists continue to demand that the nation be shattered by recognition of Aboriginal sovereignty over the whole or some part of the continent. We will follow New Zealand’s experience, described by a New Zealand legal academic, David Round, who has long studied the Waitangi Treaty and its Tribunal activities:

During the most recent round of full and final [Waitangi Treaty] settlements we were constantly assured that after those settlements we could put the past behind us and finally move forward as one nation … Now we face claims for water, air, wildlife, and for sovereignty itself. Our every act of generosity is simply followed by another demand. We have no assurance that even current demands are the last word. Grant them, and further demands will follow. To be frank, we would be fools if we were to believe any of the assurances of iwi leaders that this or that demand is the very last one …

Maori activists are successfully pushing for ever more power outside the Treaty of Waitangi. The Ardern government has recently been forced to release a radical report, He Puapua, commissioned by it in 2019 to report on appropriate measures to implement the United Nations Declaration on the Rights of Indigenous Peoples. Australia joined this Declaration in 2010 and the Queensland government has formally committed to a treaty with its indigenous peoples “consistent with the principles articulated in” this same declaration. As Amy Brooke writes in the Spectator, He Puapua proposes that New Zealand be predominantly governed by individuals of part-Maori ancestry—because after 200 years of inter-marriage, full-blooded Maoris no longer exist. Some of the recommendations of He Puapua have already been implemented: there is now a Maori Health Authority which can give directives relating to everybody’s health, and separate Maori wards in local government councils have been entrenched.

Not only the courts but the bureaucracy and business have been receptive to the expansion of Maori influence. For example, a few weeks ago, Christian Hawkesby, Assistant Governor and General Manager, Economics, Financial Markets and Banking Group of the Reserve Bank of New Zealand, gave a speech to the New Zealand Institute of Directors Leadership Conference titled “The Future is Māori”. It’s almost incomprehensible without referring to its glossary of Maori terms. Hawkesby stresses the importance of an understanding of Te Ao Māori (the Maori world) becoming a core competency of all New Zealand directors including those of the Reserve Bank (which he calls Te Pūtea Matua). He says:

At Te Pūtea Matua we are working hard to gather new information to shed light on Te Ōhanga Māori, in the hope that we’ll eventually emerge ki te ao mārama. The phrase can refer to both the first emergence of ngā Atua (the gods) into the light of day, and also to the dissemination of knowledge, when Tāne (or Tāwhaki, according to some iwi) returned from his trip to the highest of the heavens … We aren’t experts by a long way, but we are making good progress on integrating tikanga and Te Reo Māori into the daily life at Te Pūtea Matua.

Do Australians really believe that a merely advisory Voice to Parliament won’t be a springboard for advancing the interests, political and financial, of indigenous activists and their supporters in a similar way to how the advisory Waitangi Tribunal and Maori activists are behaving in New Zealand? Does anyone think judges here won’t be as inventive as New Zealand lawyers in expanding the interests of indigenous activists and their supporters under the pretence of advancing human rights once that is sanctioned by the Constitution requiring the Parliament to have regard to advice by whoever is able to claim to speak for indigenous people? High Court judges have ruled that the metaphysical bond that links a foreigner of Aboriginal descent, but never resident here, with land in Australia is a constitutional bar to the Parliament classing such person as an alien. More recently, a Federal Court judge has invented a duty binding the Commonwealth environment minister to protect Australian children from harm that will be caused by climate change.

From 1981 to 1992, Douglas Drummond was Queensland’s Special Prosecutor following the Fitzgerald Inquiry. He then served a judge on the Federal Court of Australia before retiring in 2003.

The Curious Impact of Facts on Aboriginal History

No Place for Nomads