Revenge of the Gutted Bunny 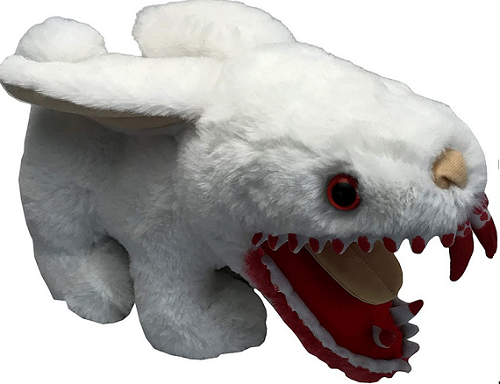 No matter what your problem may be, there’s a support group to help you through it.

Suppose you’ve recently encountered an alien interstellar lifeform and really need to share that moment with someone who has similar experience. You could probably chat with any journalist who’s interviewed Al Gore or Adam Bandt, but your best option may be to seek out Britain’s Ammach organisation.

Ammach, established a decade ago, every year counsels 1500 or so people who claim they’ve met weird creatures from outer space. Or who otherwise live in an inner-city Greens electorate.

Perhaps you bear a physical resemblance to the late Hollywood actor Lee Marvin. This may not be the worst affliction known to humankind, unless maybe you’re a woman, but sufferers do have their own support group just in case they develop any Marvin-lookalike trauma or anxieties.

The Sons of Lee Marvin is open to anybody who has “a facial structure such that you could be related to, or be a son of, Lee Marvin”. For the record, Marvin only had one known son—and he isn’t happy about the support group, once confronting a supposed member in a bar.

Indian farmer Lal Bihari doesn’t look anything at all like Lee Marvin, although for a time they shared something in common. They were both officially dead, although only Bihari remained ambulatory and above room temperature.

He’d been declared dead in 1975 after a sneaky relative bribed a state official as a means of obtaining ancestral property. It took the farmer nineteen years to have the record corrected, during which time he founded the Uttar Pradesh Association of Dead People. It seems Bihari wasn’t the only victim of corrupt Indian bureaucracy. His group currently has more than 20,000 members.

As for me, sadly, I have no support group. I’m in a club of Tim and Tim alone. To whom does one turn for comradeship and understanding when one has endured a uniquely debilitating indignity? To whom do I turn when mere mention of my malady generates only instant laughter?

I speak, of course, as the solitary member of People Who Have Suffered a Lifelong Injury Due to Being Hit in the Face with a Rabbit.

It happened in the mid-1970s, of course. I was out spotlighting for rabbits at night with an uncle and several cousins. Back then, twenty years before the calicivirus was introduced, rabbits were destructively abundant. We probably collected forty of the things before my uncle parked his ute and began gutting them.

He did so some distance from the ute while the cousins and I, on the back of the vehicle, leaned on the cabin and chatted. As each rabbit carcass was cleaned, my uncle expertly flung it into a bunny pile gathering on the ute tray’s rear.

Well, almost expertly. One carcass, slimy with blood, slipped from his hand as the creature was launched. I never saw it coming. The rabbit hit me square across the bridge of my nose.

My beloved uncle was apologetic to the point of distress, but it wasn’t his fault. If anything, it was mine. Even at the age of ten, I should have known better than to be in the vicinity of airborne rabbits. And I should have at least been wearing a pair of LapineGuard patented protective rabbit goggles, if only they’d been invented.

(Quick Google check: no, still not invented. Probably not the biggest market, come to think of it.)

Initial pain and shock quickly dissipated, but a different issue arose the following morning. An eye had been rabbit-lacerated, presumably by one of the animal’s claws. So much for lucky rabbit’s feet. This required medical attention and the subsequent wearing of a flesh-coloured eye patch together with cheap pharmacy sunglasses. I looked like a beige pirate trying out for a role in a 1970s cop drama.

And after that everything was fine—right up until the mid-1990s, when I was being examined for my first pair of prescription glasses. The optometrist noticed a distinct difference between the functioning of my left and right eyes. Had my right eye, he asked, ever been subject to any significant childhood trauma? The sort that might leave some slight but nevertheless deleterious scarring?

I couldn’t bring myself to tell him. (I didn’t tell him, either about a teenage metalworking mishap that sent me to hospital with a micro-sliver of steel in the same eye. A doctor located the embedded item, and then—using the steadiest and surest hand movements since Moses guided the Israelites—simply flicked it away with a common, unsterilised household pin.)

Ever since, I have sought the solidarity of any brother or sister in the rabbit-facial-injury community. My chances of locating such an individual diminish by the day, thanks to massively reduced rabbit populations, but still I try. Sometimes, if conversation with any strangers stalls, I’ll attempt to revive things by asking if they’ve ever been hit in the face with a dead rabbit.

They usually leave, which I guess means no. The road for a rabbit-gouged Australian is a lonely one, although lately I’ve learned that I have a potential ally—the only potential ally I’ve ever found in more than four decades of searching.

I haven’t reached out to him as yet, because he’s 384,400 kilometres away and isn’t particularly communicative, but it seems we are as one when it comes to the whole rabbit-facial-injury situation.

He is Techuciztecatl, the ancient Aztec moon god. As legend has it, those craters and crevices on the moon’s surface were caused when his fellow gods hit Techuciztecatl in the face with a rabbit following some kind of lunar deity dispute.

That must have been some rabbit. The one that hit me was just your standard wild rabbit size. But to inflict serious wounds on the moon, the rabbit that whacked old Techuciztecatl would have weighed at least 17,500 tonnes and been a minimum of 3500 kilometres long.

See, that’s the trouble with support groups. There’s always some pity-seeking type whose problems are worse than yours. 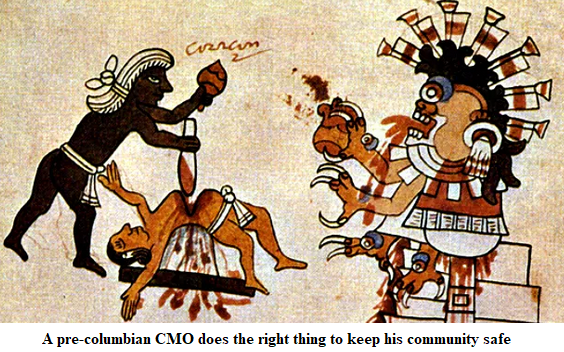 ON THE SAME day this column was being written, this news item appeared: “ACT will enter into a seven-day lockdown from 5pm today. One positive Covid-19 case, which was infectious in the community, and positive wastewater detections have triggered the territory’s lockdown.”

One solitary case leads to an immediate seven days of lockdown. We’ve basically regressed to a kind of Aztec superstition culture requiring constant appeasement of vengeful deities. Just as well Australia has no active volcanoes, otherwise we’d be tossing people into them by the dozen.

By the way, remember how back in the pre-Covid days we routinely dismissed home detention as the weakest of all judicial sentences? Having experienced so much home detention ourselves, quite a few of us might be reconsidering that assessment. It turns out that confinement is confinement, no matter the particular circumstances.

I guess there’s slightly less chance of getting shivved in the shower if you’re at home, but even the likelihood of that increases as confined couples get on each other’s nerves.

Prisons have exercise yards. We have our limited restriction-permitted exercise zones, which are controlled in a similar way. A friend was relaxing in the sun the other day on Bondi’s grass foreshore when two police officers approached. “Move it along,” they ordered.

My friend, seated on the grass many metres from anybody else, was understandably perplexed. If he “moved it along”, he’d almost certainly be closer to other people than he was in his present circumstance. But the officers were insistent, so he wandered over to the footpath and joined a hundred or so of his fellow citizens, all milling about.

One of the great challenges of our Covid era is to imagine how it could possibly be worse. Here’s one way: we could still be using coal gas appliances in our homes.

Coal gas, also known as town gas, was a hydrogen, carbon monoxide and methane blend used in Australian and British houses for several decades up to the 1970s. The inclusion of carbon monoxide, wrote Malcolm Gladwell in his engaging book Talking to Strangers, “gave virtually everyone a simple means of committing suicide right inside their home”.

Many took advantage of that easy availability. In 1962 alone, 2469 people in England and Wales—nearly half of all suicides, by Gladwell’s calculation—quickly and painlessly gassed themselves to death. One of them was the poet Sylvia Plath, who was driven to end it all during what some believe was the worst British winter in 300 years. An agonising separation from husband Ted Hughes and Plath’s depressive nature wouldn’t have helped.

Now imagine just how many suicides there might have been in Australia and the UK if we still had our own personal death kitchens. Authorities wouldn’t be asking my friend to “move it along” due to Covid rules. They’d be asking him to make some space for the latest pile of corpses.

Be thankful for small mercies. We may be locked down, but we’re not on death row. Not yet.

A Virus That Leaves Even Less Trace Than Turnbull

What to Heed, Who to Ignore