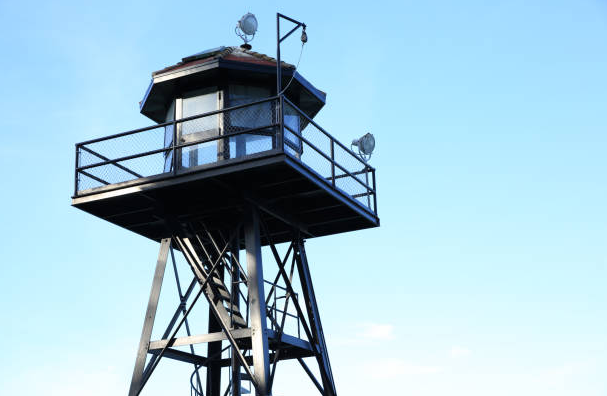 Twelve years ago, a fellow named Sylvester Jiles attempted an audacious Florida jailbreak. It was a break with a difference. Jiles didn’t want to escape from prison. Instead, he aimed to break into one.

According to news reports, the then-twenty-five-year-old had spent a couple of years behind bars following a manslaughter conviction before being paroled in 2009. By that time, however, Jiles had become very accustomed to prison routine. Life on the outside was too confronting and complex for the young man.

Also, he feared deadly reprisals from the family of his late teenage victim. So on August 31 of that year, just three days after he’d been released, Jiles returned to Brevard County Jail and pleaded with guards to once again place him in confinement.

Confused by the unusual request, prison officials sent Jiles on his way. But the determined anti-liberty enthusiast was not to be denied. He soon showed up again at the jail and began scaling the facility’s three-and-a-half-metre wall. When guards apprehended him, Jiles was tangled up in the barbed wire fencing installed to keep prisoners inside.

Turns out it was just as effective at keeping former prisoners out.

I’ve been thinking a lot lately about poor Sylvester and his desperate quest for extended voluntary incarceration, for both of us share similar ambitions. During the pandemic, I’ve attempted four times to break in to Australia’s largest open-air jail—a 227,000-square-kilometre lockdown zone known as Victoria.

On every occasion, planned visits to see my elderly mother and other beloved family members have coincided with coronavirus border barriers—or circumstances so fraught with pandemic panic that I’d likely become trapped in Victoria and be unable to return to Sydney for work.

It got to the point where friends were scheduling their own travel plans according to mine. If I announced another Victorian entry bid, they’d immediately revise any similar intentions. I’d become as much a border-crossing curse as Chairman Dan and his cadre of Covid-crazed economy-wrecking Labor isolationists.

One Victorian break-in endeavour was prevented because I’d briefly stopped in Brisbane on the way to Cairns, in search of some local warming. Almost as soon as I’d landed in Queensland’s beautiful north, news broke of a few coronavirus infections in the capital. Victoria immediately declared Brisbane a red zone. All recent tourists were forbidden entry to Danland. No visit for me.

Old Melbourne police contacts, made when I was a pre-1994 Victorian inmate, weren’t much help. “Don’t even try,” said one, after I’d inquired about potential travel at a time when Victoria’s situation seemed to be calming down.

It was good advice. A few days later the state commenced its fourth lockdown, complete with five-kilometre movement limits and retail bans. A week or so later, James Merlino—the state’s Acting Dan until his boss recovered from a non-Covid-related stair incident—announced various restrictions would be lifted for regional Victoria, which gave me a little hope, because that’s where my family lives.

So I went through the list of new conditions: people allowed in restaurants, shops and bars open, ten attendees at weddings, no movement restrictions. All good. And then I discovered a slight disincentive. Although I’d be allowed to drive wherever I wanted and could shop or eat wherever I pleased, home visits remained prohibited.

Maybe I could make it there and shout at the family from the street. Except that as I would be compulsorily masked-up and muffled, they most probably wouldn’t hear me.

Let us now look back to a less repressive time, to an era of relative freedom, when certain borders were not quite so impermeable. Specifically, let us look back at the mid-1960s, when the Cold War was at its peak.

Former Prime Minister John Howard, then in his twenties, found himself in Germany during a European jaunt. “I hadn’t long left university,” Howard told a Frankfurt audience in 2002. “It was my first experience of your country. I had a very warm and friendly reception from the Germans I met there and the Germans I met subsequently in Berlin in both the then-West and East Berlin.”

Howard was allowed, as were most Westerners, to simply wander in to communist East Berlin upon presentation of his passport. It was easier during the Cold War for an Australian to drop in on a commie prison state than it is now for a native Victorian to visit the state of his birth. Melbourne is as difficult to enter as it was for East Berlin’s brutalised citizens to leave.

Still, I’m game for one further shot. As this is written, the rules for regional Victoria have been relaxed to permit two household visits per day. If the situation holds—a big if—I might actually see the family for the first time in nearly two years.

But I can’t fly there, because that would mean being in Melbourne. And even visitors are currently obliged to limit further travel to just twenty-five kilometres if they’ve been tainted by Melbourne exposure. So I’ll go by car cross the New South Wales-Victorian border at Albury—I have my permit, so it’ll be legit—and then cut west at Wangaratta.

We’ll all know how this turned by the time this is published. It’s quite an odyssey, but I’m obliged to undertake it out of respect for my prison break-in spirit guide, dear Sylvester Jiles.

Incidentally, it all worked out perfectly for Sylvester. Although he was nabbed before he could disentangle himself from that barbed wire and achieve precious captivity, in 2010 it was ruled by Judge George Maxwell that his break-in attempt was a probation violation.

For the crime of trying to put himself back in prison, Jiles received the maximum allowable sentence of fifteen years. “It is what it is,” he contentedly told the court before he was led away.

That’s the attitude. In Sylvester’s honour, my journey begins.

AS newspaper promotions go, at least the Sydney Morning Herald’s latest campaign is original. It isn’t every day that a paper promotes itself by attacking and insulting its perceived inferiors among the broader public.

“So consider this a cease and desist. Ongoing closed mindedness will be met with extreme nuance, deep inquiry, difficult questions.

“Don’t say we didn’t warn you.

It’s the SMH’s way or the highway, by the sounds of it. Those ferocious former Fairfaxers apparently aim to shut down all dissent using their awesome powers of inquiry, questions of a difficult nature—such as, perhaps, “Who signed off on this?”—and, most chilling of all, “extreme nuance”.

Extreme Nuance could be a really lame 1980s synth-pop band. As a tool to combat closed-mindedness, however, it may be slightly inadequate. People who start wars, for example, are not usually responsive to any form of nuance, be it extreme or otherwise.

“Let’s call all of this off, boys,” China’s tyrant ruler Xi Jinping will never say to his thugs as they continue crushing Hong Kong. “I’ve just read a subtle and enchanting consideration of postmodernist European cinema in the SMH, and it’s really changed my perspective on things.”

Beautifully, the image accompanying the promo’s mention of sexism is a shot of Julia Gillard, who due to horrible sexism was unable to achieve anything in her wretched, oppressed life beyond becoming Prime Minister. By knifing a bloke, as it happens.

But let’s suppose the promo actually does convince viewers to give up their closed-minded ways. Let’s suppose they really do “cease and desist”. What happens then? Does the SMH consider its mission completed, and therefore abandon its questions and inquiries? Will extreme nuance give way to shrieking obviousness and unshaded certainty, such as may be found every single week in Peter FitzSimons’s SMH columns?

According to Christina Aventi, chief strategy officer at BMF, the ad agency that came up with this campaign, the ability of Australians “to understand differences has been fading due to filter bubbles and echo chambers”.

The SMH and Age can fix this, she believes, by offering “balance over bias” and “reporting from the centre”. As understood by those papers, of course, the “centre” is somewhere between Labor’s far left and the Greens.

What are these “threats”, exactly? And if they are happening every day, why are we not reading about them in the SMH and Age? It could be quite a feature, Threat Watch. Depending on the volume and severity of each day’s threat haul, editors could probably take out a page or two with it.

There are so many questions. Why and for how long has the “truth” about these threats been concealed? Who is making them?

And why haven’t I been charged?

The Undisputed Kings of Wrongology