China’s Threats to Taiwan and the World 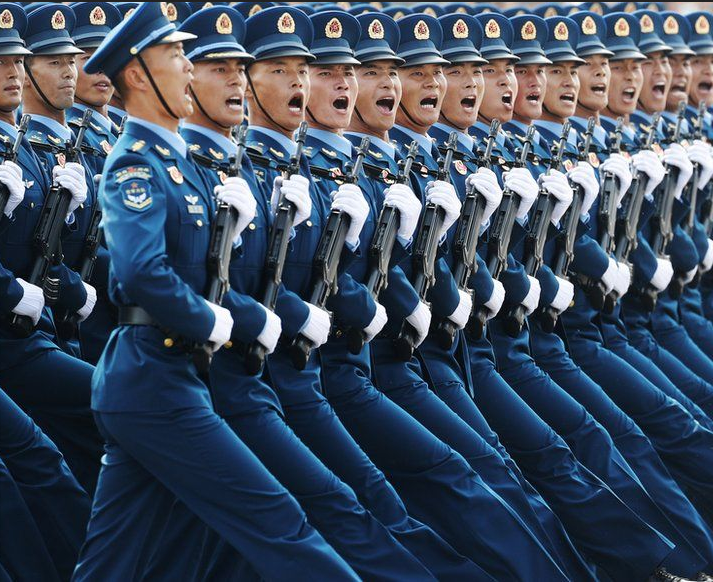 The aggressive expansion of China in the South China Sea, its Belt and Road Initiative, military build-up, bellicose propaganda and bullying of Australia are flashing lights of an ambition wide enough to include prospective domination of currently free nations. China’s real intentions are opaque and might change anyway, but the Western world, including Australia, would be foolish to rest in complacency while finding out.

In dealing with China, we should recognise that the threat stems from Xi Jinping and the Chinese Communist Party, not the Chinese people, except in so far as they are being manipulated. The Chinese have a distinguished and admirable civilisation. I have been to China many times on mining business and have always found my Chinese counterparts honourable and friendly, tough but willing to work constructively within commercial relationships.

It may be in an attempt to control domestic unrest, actual or feared, that Xi is working up the current nationalistic fervour. To stoke it, he and his Chinese Communist Party lackeys are trumpeting out, more than ever, the humiliation China suffered in the nineteenth century at the hands of the European powers, particularly the British, whose Anglo-Saxon heritage is conflated with the US.

Out of humiliation comes resentment, then revenge, a motivation that has often stirred the national id around the world. Examples include Alexander the Great’s subjugating Persia and burning Persepolis after Xerxes invaded Greece, Rome destroying Carthage, salting the land around it, after Hannibal attacked Rome, Germany attacking France after the Versailles treaty. The Chinese have their equivalents.

These emotions are combining today with the Thucydides trap syndrome (a rising power threatening an established power) to produce an inflammation that could degenerate into the pathology of war. The American political scientist Graham Allison has identified sixteen instances in history of the Thucydides trap and claims that twelve of them have led to war. A recent example is the emergence of Germany in the early twentieth century to challenge the British Empire, resulting in the First World War.

Coincident with a rising power is the tendency towards arrogance, buoyed by success. Plato speaks of this occurring in powerful men and warns how it encourages wicked behaviour. Another dangerous factor is the often-held impression that the success of a rising power is indicative of decline in the established one. That Xi’s speeches display a certain arrogance and contain assertions of American decline is in concert with this.

The Melian dialogue, recounted by Thucydides, indicates what the attitude of an ascending power can lead to. Athens, rising against Sparta, the established hegemon at the time, sent its army to Melos, a little island in the Aegean. The Melians pleaded with the Athenians to treat their people as allies and accept their desire to remain free. The Athenians replied, “The strong do what they can; the weak suffer what they must.” When the Melians resisted, the Athenian army killed or enslaved most of them.

Recently, a leading Chinese foreign affairs official was reported as warning a small nation, “You must realise we are much bigger than you.” The purpose of mentioning the Melian dialogue is not to suggest China would commit such a crime (it wouldn’t) but rather to point out that it led to the maxim “might is right” or its equivalent (frequently used throughout history to justify aggressive foreign policy), and that Xi seems to be applying it—as bullies do.

We should not take comfort in the oft-expressed view that China doesn’t start wars. China does. It invaded Vietnam in 1979, “to teach it a lesson” as its propagandists asserted. And, recently, its aggressive behaviour towards India has led to military clashes in the Himalayas.

It appears that Xi’s top priority is the reincorporation of Taiwan into China, certainly before the  centenary in 2049 of the CCP’s control of China. Admiral Davidson, the Chief of the US Indo Pacific Command, recently warned that an invasion could occur in the next six years.

Xi’s hope has history to support it. As the Manchurian Qings were taking over China in the dying days of the Ming dynasty, Koxinga, a Ming leader, fled to Taiwan, setting up an independent regime in opposition to the Qing dynasty. Later, the Qings sent an army to invade Taiwan, reincorporating it into mainland China. Then, in China’s century of humiliation, Taiwan parted from the mainland, ceded to Japan after a war China lost. It returned to China when Japan was defeated in the Second World War only to part again when Chiang Kai-shek seized it as a refuge from the Communists. Xi wants it back, presumably as his legacy.

The issue is how far will he go. The Taiwanese people passionately want to keep their freedom and maintain their socio-economic system. So, coercive action or outright armed takeover seem to be the only means for Xi to reach his objective. If he fails with coercion and judges the US will not go to war to help the Taiwanese, he is likely to invade. If, on the other hand, he expects the US will resist militarily he will probably defer invasion plans. But what if he miscalculates?

History has shown that the only way to deter a hostile power from invading is to have sufficient strength, both military and moral, to demonstrate credibly that the invader will fail, or at least suffer unacceptable costs. Unequivocal clarity is vital here, for sometimes the invader over-estimates its chances through misinterpreting signs of vulnerability. An example is Hitler’s misperception of the weakness of the Soviet army in 1941 after Stalin murdered the officer class.

At present, the house of America is divided against itself, a feature of weakness often cited by Xi Jinping. The political ferocity seems unquellable; any thought of compromise is burned up by the fear of being accused of abandoning principle. And, for many, the nation itself is viewed as unworthy, at fault. A wave of self-loathing is soaking the American soul. As night follows day, a nation that loses faith in itself is doomed eventually to fall to a stronger power. No amelioration seems to be in sight.

However, if China continues on its course of militarisation and other aggressive behaviour, exacerbated by intemperate rhetoric, it is quite possible Americans will revert to a unified position, such as nations have adopted when faced with an outside threat. If so, the process would have to result in a switch from the current organising principle of arguing about socio-political change. The nation would then be in a position to demonstrate its famous strength.

If that happens, it is more likely that America will not let Taiwan sink under a Chinese invasion and merely moan about infringement of human rights. The undeniable fact hangs over America’s head like the sword of Damocles, that unless it stands up to China, its international standing will tumble into a shame of historic proportions. But Americans are sick of fighting in wars far from home and may not have the stomach for another one, no matter how important. Consequently, uncertainty rules the future on this issue.

What we are witnessing is a giant game of chicken, like the Cuban missile crisis of 1962 but drawn out over years, possibly decades. Fortunately, as long as the present situation exists of ambiguity about whether America will go to war against China if it invades Taiwan, the taking of apocalyptic decisions has a good chance of being postponed, if not eliminated.

If Xi pushes America into war over Taiwan, Australia is certain to be dragged in. Regardless of our obligations as an ally, our national interests would be at stake to a degree not experienced since the Second World War. An American defeat would embolden Xi to adopt an even more bullying stance against us no matter what we do. In the process, at the very least, we could end up eventually becoming a client state in a Chinese empire.

As we cannot predict anything more than alternative scenarios, Australia should prepare for the worst in the hope that it won’t happen. That means we must continue to stand up to Xi and the CCP and put more effort and resources into our military capability so as to be a worthy ally, even at the expense of reductions elsewhere. Freedom is worth any price.

On the other hand, we should not give in to war hysteria. We should be strong and measured in our response to Xi’s aggression, maintaining a stance of respect and avoiding unnecessary provocations. That requires courage and wisdom. The relationship articulated by the US Secretary of State, Anthony Blinken, seems to be appropriate: “Competitive when it should be, collaborative when it can be, and adversarial when it must be.” For that he is committed to work with friends and allies across regions and institutions. We should be an active part of that.

One of the consequences of the current drama is that China is no longer a reliable trading partner. While diversifying our export markets is easier said than done, it must be attempted, and with vigour and clever marketing. We can still export to China but only on the basis that we are able to sustain the strength of our economy in the face of Chinese bans, which are certain to flare up from time to time without warning. So far, we have done reasonably well, finding alternative markets for many of our banned products, especially coal.

The present clash of civilisations has the potential to be one of the most consequential inflection points in history. How the protagonists are to manage it may be the most perilous challenge ever faced by humanity. The hope is that the current hostile surge will subside into peaceful competition, albeit prickly at times. But for that to occur, a constant readiness to fight for freedom must stay on the agenda. In parallel, Australia must work hard to wean itself off the economic dependence on China that is tending to weaken our resolve.

Tony Grey wrote on nuclear power in the March 2020 issue

The Avoidable War with China, According to Kevin Rudd