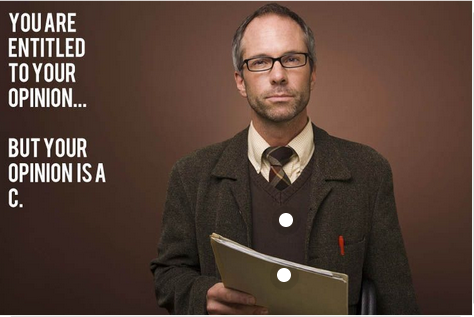 The schools, like the Australian Broadcasting Corporation, are where the politically correct Left has completed its revolution, its “long march” of incremental conquest through the institutions. Consequently, these institutions have gone beyond merely exhibiting left-wing bias. They are now openly remaking Australia in their own image. The Australian Curriculum, Assessment and Reporting Authority’s revised Australian Curriculum, presented online in May 2021, should be appreciated in this light.

It is an updated version of what was already securely in place. Much of it has been policy for a while, phased in since 2014. The latest version reflects an intensification of the left-wing ideological activism that has characterised the Left in the Trump and post-Trump eras.

The release of the second iteration of the Australian Curriculum makes this clear to anyone who wishes to read it. That is what has alarmed so many who have read it who are not of the politically correct Left. They have been confronted by just how far the politicisation of the curriculum has gone.

The recent sharpening of the cancel culture that has horrified so many people with its merciless censorship and vilification has been in schools for a long while. Cancel culture in schools involves being marked down in essays and exam responses for not reflecting the politically correct ideology of the teachers who are the assessors.

Cancel culture in schools is also reflected in what is not on the curriculum. It can be seen in what is not seen, the topics and issues not discussed, the books that are not on the reading lists, especially the intellectually enriching classics from the canon of great Western literature that are omitted in favour of contemporary texts (published since the 1960s) that promote political correctness. It is as if this foundational knowledge is not worth learning. There is a scarcity of novels, plays and films set for study that do not express left-wing views. If classic literature is not on the list, consider it cancelled.

In English, which is the only compulsory subject, the preference is for texts published since the politically correct cultural revolution of the 1960s, preferably texts published in the last few years so the ideological content is suitably politically correct. They are even selecting texts now on diversity quotas relating to the race, ethnicity, gender and sexual preference of the authors or of the main characters in the text.

As the Australian Curriculum makes clear, this ideological approach was consolidated by the Melbourne Declaration on Educational Goals for Young Australians (2008), a statement of principles made when all the governments (federal, state and territory) were Labor (although a Liberal government was elected in Western Australia in September just before the statement came out). Regardless of the political complexion of the governments at the time, the senior bureaucrats in the federal, state and territory education systems were of the politically correct Left. And, as usual, they got what they wanted.

The educational costs of this education system have already been extensive and they are becoming worse. Students come away with knowledge that is, at best, patchy and is often ideologically biased, with vital knowledge deliberately excluded. This exclusion is a matter of policy. The Australian Curriculum took up the Melbourne Declaration priorities on Aborigines, Asia and environmentalism with uncritical enthusiasm.

Aboriginal history is extensively promoted in the Australian Curriculum but there seems to be no room for a scholarly approach that appreciates both sides in the fascinating and important debates about Aboriginal history, or for expressing any point of view that differs from the orthodox left-wing Aboriginal activist perspective that the students are expected to adopt, involving: invasion, frontier wars, genocide, stolen generations and institutional racism. The study of the richly interesting histories and cultures of Asia is meant to be laudatory, and this seems to be at the expense of a focus on Western civilisation, which, when it is examined, frequently receives treatment that is critical. This overlooks the fact that so much of the impressive recent progress in Asia has been facilitated by the widespread adoption in Asian nations of Western institutions and practices.

The study of the environment is devoid of scientific scepticism regarding the highly contested theory of man-made global warming or climate change. Erudite alternative views on global warming or climate change are conspicuous by their absence. These one-sided approaches are hardly educational. The inclusion of topics related to Aborigines, Asia and environmentalism is educationally worthy but their emphasis in the Australian Curriculum is ideological. It is meant to produce political rather than educational outcomes.

And keep in mind the notion of opportunity cost. To emphasise Aborigines, Asia and environmentalism means that other important topics had to fall by the wayside.

But the consequences of this curriculum get worse. This education system is educating our future teachers. In the subject of English, there has been a plummeting of the ability of younger newer teachers (who were educated under this regime) to accurately interpret the meanings of the texts they have to teach to their students. They simply do not have sufficient knowledge to interpret the novels, plays and films they have to teach. They do not know enough about the historical periods in which texts are set, or the periods in which they were written. Nor do they know enough about the history of ideas (for example, liberalism, conservatism, socialism, anarchism, rationalism, romanticism) to pick up many of the messages and meanings that the authors are conveying.

Intellectually poorly equipped, these unfortunate teachers will grasp what is frequently offered to them as a substitute for factual knowledge: postmodern interpretive paradigms, like feminism and Marxism.

But these paradigms are often misleading. For example, the widely studied Year 12 text, the film Rear Window (1954), which was directed by Alfred Hitchcock from a screenplay by John Michael Hayes, is treated by many teachers as being about traditional gender roles and McCarthyism, when a close reading of the film, along with interviews with Hitchcock and Hayes, clearly indicate that it was not. It is a film about the morality of voyeurism that also provided a critical commentary on marriage, presenting it as an antidote to loneliness but not necessarily a path to happiness.

These poor kids are being misled. And if a clever student does present an insightful, accurate answer that differs from their teacher’s misunderstanding of the text, he or she is likely to be marked down for it.

As a private tutor I have been dealing with the horrendous impact of the Australian Curriculum since its phased-in introduction. The downturn in education that followed inspired me to write School Sucks: A Report on the State of Education in the Politically Correct Era, recently published by Connor Court. It deals with both the biased curriculum and the flawed educational methodologies that accompany it, to articulate the full catastrophe.

And don’t be surprised if this ideological approach to education in the Australian Curriculum drives young people away in droves from the further study of subjects like history and literature. It has long been the case that much that is of value that curious young people discover and learn is found outside of school.

This ideological bias in the Australian Curriculum severely limits the scope of inquiry, debate and discussion. Think about that for a moment. For an education system this is a damning criticism. It means that the education system is failing in its core responsibilities. The opposite should be the case. An education system should be widening the scope of inquiry, debate and discussion. Instead, the politically correct agenda is prioritised, promoted, celebrated and legitimised, while other beliefs are ignored, marginalised, disparaged or denigrated. This can restrict the topics for consideration and the possibilities for analytical thinking or reasoning, as well as preclude any opportunity to encourage the valuable scholarly discipline of attempting to achieve the highest degree of objectivity possible when conducting research and analysis.

For someone who loves knowledge and learning as much as I do, the imposition of the Australian Curriculum has been heartbreaking, and the updated version compounds this misery.

Not only does the Australian Curriculum represent a scandalous waste of public resources, it is a cruel injustice inflicted on the young.