Can the Hawkesbury River Ever be Fully Tamed? 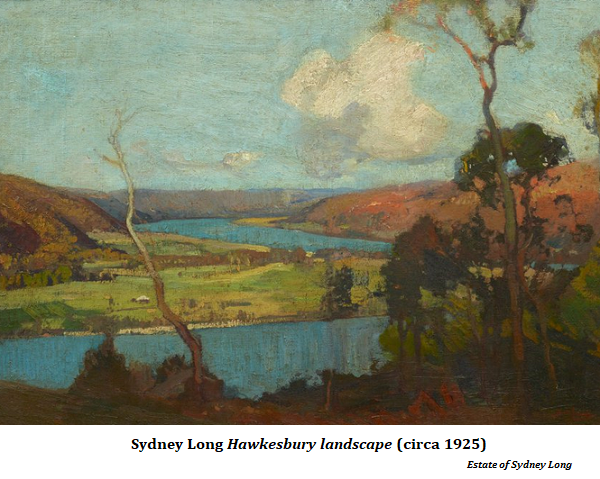 For most Sydneysiders, the Hawkesbury River with its principal tributary the Nepean was thought of as a placid scenic recreational waterway, flanking Sydney on its distant west at the foothills of the Blue Mountains and looping around Sydney’s northern shoulders at Broken Bay before flowing into the Tasman. This image of peaceful tranquility was shattered in March as a result of exceptionally heavy rainfalls over four days in the Greater Sydney region—400 to 600 millimetres (sixteen to twenty-four inches) almost half the usual yearly rainfall. This rain triggered an overflow on the spillway of the Warragamba Dam, leading to flooding down the length of the Hawkesbury flood plains. The flood levels reportedly reached 12.5 metres at the historic township of Windsor, deep enough to drown the recently constructed road bridge but below the 14.2-metre level of November 1961, a year after the completion of the Warragamba Dam.

The March inundation led to speculation that the floods were a once-in-fifty-years event, but history suggests this might prove optimistic. On June 23, 1867, the flood level at Windsor was 19.7 metres, seven metres above this year’s figure. In colonial times the Hawkesbury flooded every seven years or so.  Devastating floods in 1806 and 1809 threatened the infant colony with the loss of the grazing and agricultural farmlets on the Hawkesbury flood plains on whose produce Sydney largely depended, a dependency which was to last until the crossing of the Blue Mountains in 1813. Regular floods were abated by the completion of the Warragamba Dam in 1960 but this construction was intended for water storage, not flood mitigation, and its enlargement now would seem a colossal enterprise.

The scenic aspect of the Nepean-Hawkesbury has never been in doubt. On a visit to Australia in 1873, the novelist and world traveller Anthony Trollope voyaged by steam yacht down the Hawkesbury with the Premier of New South Wales, James Martin, and a party of parliamentarians. His fellow travellers on T.S. Mort’s steam yacht Bronzewing may have thought Trollope was flattering or teasing them when he described the river scenery as more impressive than the Rhine. But Trollope’s published account in his book Australia and New Zealand, recording his journey from Windsor to Broken Bay, included a much-quoted tribute:

The Hawkesbury has neither the castles nor islands nor has it bright clear water like the Rhine. But the headlands are higher, and the bluffs are bolder, and the turns and manoeuvres of the course which the waters have made for themselves are grander, and to me more enchanting.

An early tendency to overlook the Hawkesbury delayed its discovery by officialdom in their search for arable land to support the new colony: Aboriginal people had of course camped, hunted and 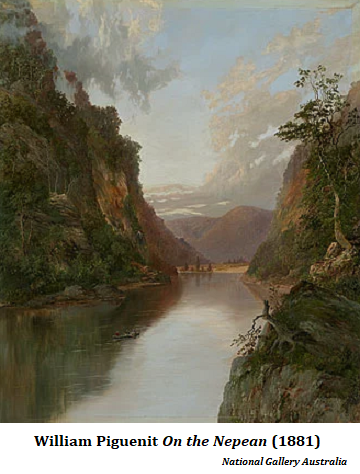 fished along its banks for eons. Colonial exploration of Broken Bay, north of Sydney, began as early as March 1788 but it was not until June 1789 that it was realised that what had been thought to be just another arm of Broken Bay was in fact the mouth of a handsome river, which Governor Phillip named the Hawkesbury after Lord Hawkesbury, 1st Earl of Liverpool and President of the Board of Trade.

When the extensive fertile lands around the future site of Richmond up the river were discovered on further exploration by boat in late June 1789, the key place of the Hawkesbury in colonial settlement had begun. The Hawkesbury thereafter fed the colony with produce carried by home-built sloops (“coasters”) down the river and then by the hazardous open-sea route from Pittwater to Port Jackson, wreck-strewn for many of the early years of the nineteenth century with these ships and their cargoes.

As my family lived for a time beside the Nepean River at Penrith in the late 1940s, the Nepean-Hawkesbury has always had for me a sentimental attachment. Then in the mid-1950s the Hawkesbury provided me with what proved in retrospect a life-changing experience. Although entirely peaceful (Australia was in those years at peace) it occurred in a military context, and this may require explanation.

In 1953 the Korean War had ended in an uneasy armistice after three years of fighting involving 17,000 Australian service personnel serving alongside other United Nations units or as members of occupation forces. Compulsory national service for eighteen-year-olds, which had been introduced in 1951, was then progressively scaled down and by the mid-1950s could be substituted for by volunteer service in specialist Citizen Military Forces units, which potential national servicemen were encouraged to join.

One such CMF unit was 1 Commando Company, which had been established at Georges Heights on Sydney Harbour in 1955 under Major (later Brigadier) “Mac” Grant, who was then in his mid-thirties. Major Grant had seen active service with an independent company in the islands in the Second World War, and many posted to join the core training cadre in 1 Cdo Company had also seen active service.

The recruits attracted to enlist in 1 Cdo Company in the 1950s were mostly in their twenties—tradies, apprentices, recruits from industry, or servicemen transferring from other CMF or regular units and occasional athletes and sportsmen, but there were also a number of recent university graduates and undergraduates. They seemed to mix well and the unit was a cohesive, good-humoured and highly motivated group. Service with this unit is remembered happily. 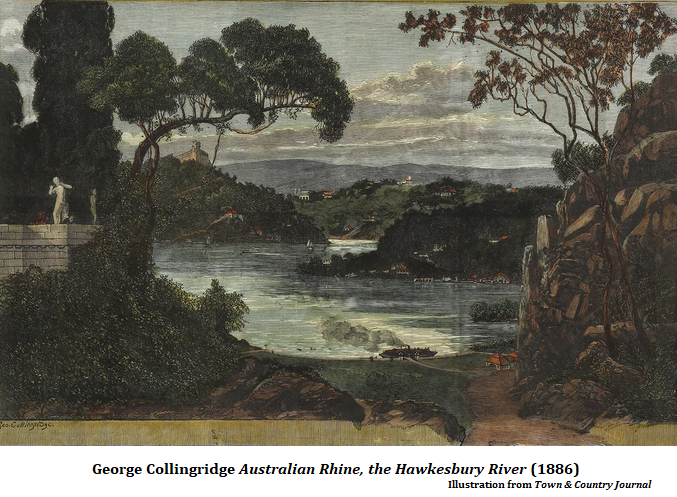 Rope work on the cliffs around Sydney Harbour or on the South Coast was a required qualification for the Green Beret—first awarded by the new unit in July 1956—as was participation in a number of courses, one of which involved the planning and execution of small-scale raids. These typically involved landing from sea-going two-person military kayaks known as folboats or from zodiacs (semi-inflatables powered by outboards) against simulated coastal or river targets. On occasion the attacking force was transported to the north side of Lion Island in Broken Bay by submarine and let down from its round slippery hull onto folboats for a simulated raid against Second World War emplacements on Commodore Heights. The folboats were stowed forward in empty torpedo racks before use, and were brought up on deck by the submarine’s crew before launching. Other raids involved long-distance forays down the Hawkesbury or across Botany Bay.

Each such raid was preceded by a briefing, conducted as a syndicate exercise in which participation by all was expected. Typically the problem was presented by a briefing officer: the land-based target was described to the raiding party, as was the adjoining topography, data about visibility, currents, tide, landmarks, traffic, nearby villages or residences (especially if with dogs) and the given dispositions of the hypothetical defending force and its weaponry. Methods of approach and withdrawal were discussed and decided on as a group. 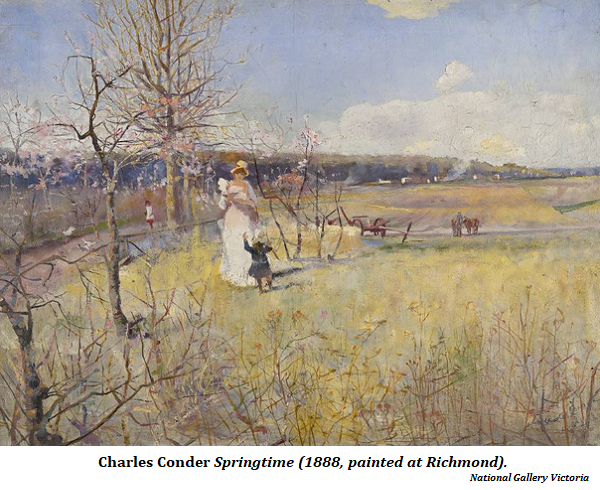 However, it is not the detail of these briefings that remains in the mind—they were obviously each different—but the emphatic insistence of every briefing officer, obviously drawing on his own experience, that every problem contained somewhere within itself the means of its solution. How this was put might differ in wording but the message—“There is always a solution and the problem itself will tell you what it is”—was common to all.

One such briefing preceded a long foray by a flotilla of folboats down the Hawkesbury. This would have involved a relatively easy paddle downstream of fifteen to twenty kilometres and bush-bashing for a somewhat longer distance to connect with transport at an inland location.

Folboats are not streamlined and even with some run in the river progress was slow, allowing plenty of time to think and not much temptation to talk. During the river-based trip, in the manner of undergraduates, it seemed natural to question the mantra. Was it always and everywhere true that any problem if thoroughly examined would provide the means of its solution? Were there exceptions to this principle?

I was personally predisposed to accept that the principle was generally true, and both then and later saw it applied in areas of legal professional practice with sometimes interesting and often successful results. In a wider context than legal analysis, the principle can be even more fruitful. The revival or restoration of a worthwhile aspect of social culture—for example the survival of a university or school or institution or of genuine scholarship or of a culture of civility or high morale—can only begin with an accurate analysis of reliable data as to what has been lost and why.

Important too is the process of solution by syndicate discussion. Many solutions appear beyond the powers of an individual but few if any are beyond the power of a group, especially if formed by and around the problem itself. This can be applied (for example) in areas of employment or industrial disputation where the fundamental premise should be that there is always a resolution to be found by careful consideration of the problem and by negotiation between the parties to find a solution which both sides will regard as acceptable. 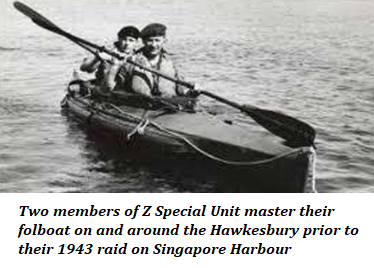 Finally, the methodology of the Commando briefing lends itself to the examination of seemingly insoluble problems along the course of history. In that context solutions emerge which often startle by their eventual obviousness and practicality—yet which appear never to have been previously formulated by anyone.

How can it be demonstrated convincingly that any such emergent solution would work? An answer seems to be to write up the scenario of the emergent solution in terms as close to reality as possible and to invite readers or assessors to identify any implausibility in what has been described or in the outcome to which it points. Such an exercise opens up a rewarding area of historical research, creative writing or persuasion, but at the end of the day, the basic message of effective problem-solving is as simple as that of the briefing of so long ago: “There is always a way—and the problem will tell you what it is.”

The flooding of the Hawkesbury in March and the resultant television images of its devastating impact on residents and property reminded me powerfully of this ancient, wayward and sometimes dangerous river and a lesson once learnt along its course. Future flood control and the minimisation of harm to persons and property on the banks of the Hawkesbury and beyond may themselves represent a problem requiring solution.

If the Commando briefing is valid, any effective solution will begin with an objective and thorough analysis of the problem represented by the March floods. It will undoubtedly pay tribute to the self-help and comradeship of the riverside communities and the role of state agencies like the State Emergency Service and police in contributing to the safety of those along its course.

A solution may even involve acceptance that the river cannot be fully tamed, that the “turns and manoeuvres of the course which the waters have made for themselves” are beyond ultimate human control, and periodic flooding is the price to be paid for its many benefits and natural beauty with the attendant costs perhaps to be shared with the wider community.

Tony Macken is a lawyer. He wrote on the Dreyfus Case in the May 2019 issue

December 25 and Our Place in the Cosmos

The Ethnic Predicaments of the Shrinking White Majority