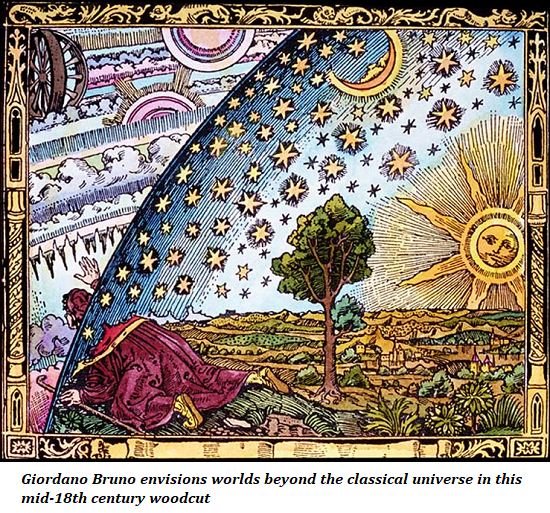 For author and broadcaster Rachael Kohn spirituality is certainly a broad church. Even though I am a confirmed atheist, Kohn’s inclusiveness led her to ask me to keep, and then read on air, a “spiritual diary”. That was back in 2012 on her long-running ABC Radio National program The Spirit of Things. This daily diary of mine began on Christmas Day (my birthday) and finished on Australia Day, which is when, in 1970, with the aid of Alcoholics Anonymous, I finally stopped drinking alcohol and taking other drugs. 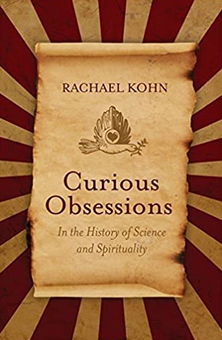 It’s my understanding that Kohn chose me because I was a survivor of alcoholism. This had led me to psychiatric wards, shock therapy and suicide attempts. Fortunately, AA gave me the capacity to accept the reality of my condition and also the ability to help others. Indeed, AA is a community of alcoholics and addicts who have faith in a power greater than our isolated selves, even if that is only the power of the AA group, or groups, that we attend in order to stay drug-free and sober.

Kohn’s broad-church view of spirituality makes her work all the more accessible and her latest book will appeal to a wide reading public.

Curious Obsessions in the History of Science and Spirituality features ten entertaining and often interconnected essays which explore the complex relationship between science and spirituality in the West, but which also includes many influences that come from the East.

In this revised and updated edition of her book, Kohn powerfully argues that the frontiers of religion and science have often been advanced by curious and obsessed individuals, including those dismissed by their contemporaries as troublemakers and eccentrics.

Kohn advances her thesis through a host of fascinating historical characters. These include:

a monk who kept banned books in a secret library under the nose of the Pope; an abbess who designed outlandish royal garments for her nuns; a magician who practised the dark arts to advise Queen Elizabeth I; and archaeologists who discovered a goddess just in time for feminism.

Kohn’s final chapters are devoted to what she terms:

utopians who never quite found what they were looking for; explorers who searched for the ten lost tribes of Israel but found new continents instead; a nation that was convinced it was a lost (Aryan) race and started a world war to prove it; and an eccentric doctor and a mad monk who intuited scientific truths well before future generations would prove their theories were right.

These religious or spiritual quests have spurred humankind on to great discoveries or enabled them to realise their astonishing dreams, many of them uplifting, but some of them perverse with disastrous dimensions.

In this finely illustrated book, Kohn writes in convincing detail about two of my favourite religious renegades, both from the sixteenth century. These intellectually and spiritually influential personalities are the Italian monk Giordano Bruno and the outspoken Dutch Christian humanist Desiderius Erasmus.

As Kohn reveals, Bruno’s faith in God was no barrier to his scientific discoveries. But his venomous attacks on the superstitions of the Church at the time elicited a terrible response. He was also denounced for reading the works of Erasmus of Rotterdam, who had controversially advocated tolerance at the height of the religious wars between Catholics and Protestants. A “much more savvy operator” than Bruno, Erasmus was, as Kohn explains, “a staunch advocate for the sanctity of individual conscience in matters of belief and a relentless critic of the barbaric practices of the Inquisition”. Unlike Bruno, Erasmus managed to “elude its burning fires by travelling abroad … and finding protection among influential patrons”.

Although the obsessive Giordano Bruno lacked the “required social graces and calculated charm that subversive clerics needed to survive”, Kohn claims, somewhat melodramatically, that Bruno’s “arguments about the infinite vastness of the universe and the interconnectedness of all life leave one without any doubt that he died for truth itself”.

As Kohn clearly states, it is in the nature of an obsession that it “lacks a sense of proportion” and because of that “exceeds the norm and breaks the boundaries, subverting the rules and the expectations of traditional authority”. Despite the passing of time, the curious obsessions of the past are far from exhausted. This is, she writes, “even when events have overturned them and our ever-expanding knowledge has disproved some of their more outlandish claims”.

Curious Obsessions also highlights the life and work of Henry VIII’s Lord Chancellor, Thomas More. Inspired by Plato’s Republic, More’s influential book Utopia, first published in 1516, popularised the notion of an ideal place and society which was founded for the common good and the betterment of all. A loyal Catholic, More located his utopia in the freshly discovered New World.

Fiercely independent, More was at the same time a close friend of the Protestant sympathiser Erasmus, and also someone who staunchly refused to accede to his sovereign’s demand to be made the “supreme head on earth” of the English Church. Because of this refusal, More was sent to the Tower of London and executed on July 6, 1535. His last words were “The King’s good servant, but God’s first.” As Kohn observes, “How ironic that during those turbulent times, when the Roman Catholic Church and its infamous Inquisition was in the firing line from More’s humanistic fellow travellers, it was the English King who ordered More’s death so that he [Henry VIII] might establish his new Church.”

Although the nineteenth century witnessed concerted efforts to separate science and religion, it is important to understand that “the power and promise of science as a purely secular enterprise” was, as Kohn puts it, “a new phenomenon in the 1830s”. This involved “the emergence of the first professional bodies of scientists, such as the British Association for the Advancement of Science”. The term “science” was newly minted, coined in 1833.

By the middle of the century, supporters of Charles Darwin and Thomas Huxley were fervently promoting the idea that science was antagonistic to religion. It wasn’t until the twentieth century that the notion of a “spiritual science” took told, but it too was part of “a mission in the name of modernity” to rid the world of old-fashioned religion.

In her preface, Kohn addresses the COVID-19 pandemic which has had a huge impact on some of the novel themes addressed in her intriguing book. Age-old conspiracy theories about the source and spread of disease, which many of us thought to be utterly debunked, including claims that Jews created various viruses, including COVID-19, are unfortunately finding new audiences, while some opposition to injecting vaccines has similar unsavoury antecedents.

In dealing with the complex relationships between spirituality and science in modern times, Curious Obsessions most often focuses on the positive and much more benign historical influences from the West and from the East.

Following on from her previous book, The New Believers: Reimagining God, Kohn argues that the impact of the Buddhist and Hindu notions that were popularised by orientalists “have become embedded in much of our popular psychology and spirituality”. This, she argues, was especially due to the works of the Swiss psychoanalyst Carl Jung, the American guru of mythology Joseph Campbell, the “Christian Science” of Mary Baker Eddy, the philosophical and educational ideas of Rudolf Steiner, and even the esoteric influence of Theosophy, an arcane spiritual movement begun in the last quarter of the nineteenth century. All of these ideas have influenced a New Age eclecticism, which in the main has been mobilised against organised religion, and which is especially opposed to institutional Anglicanism and Roman Catholicism.

In Ireland for generations the Catholic bishops held the nation in a fundamentalist ultra-conservative grip. When the dam broke, as widespread child abuse by the clergy and the nuns was exposed, the Republic of Ireland was liberated. Who would have believed that in 2017 Ireland would have its first, and the world’s fourth, openly gay head of government in Fine Gael politician and physician Leo Varadkar?

Whether it is in the opposition to much of organised religion, the longing for lost civilisations, the proponents of magical utopias, or the supposed “secrets to health and wellbeing”, many of the themes in Curious Obsessions have a lively currency today. If the popular adage that “there is nothing new under the sun” is as true now as it was when King Solomon was quoted as saying this in Ecclesiastes, then as Rachael Kohn concludes, “We can be sure that the curious obsessions of today will keep us going well into the future.”

Reading her fascinating essays about science, curiosity, and the spiritual quest, including what she terms “man’s soaring desire to glimpse the ends of the universe”, I began thinking again about the nature of reality, and especially of matter, energy, space and time. As I was finishing this review, I took a break to listen to an episode of Dr Who. The theory of time which underlies the series is that the past, present and future co-exist in the cosmos. Professor Bradford Skow, from Massachusetts Institute of Technology, has recently buttressed this understanding of a boundless universe in which every­thing in time is ever-present.

Thinking about the nature of the universe and the world of space and time, I recalled the words of the Conservative Prime Minister of the United Kingdom from 1902 to 1905, Arthur Balfour, who wrote in The Foundations of Belief (1895) that “nothing matters very much, and most things don’t matter at all”. In other words, to paraphrase a friend of mine from Brisbane who was once a priest, what does it matter in the light of eternity?

Curious Obsessions in the History of Science and Spirituality
by Rachael Kohn
ATF Press, 2020, 184 pages, $29.99

Emeritus Professor of History and Politics at Griffith University, Ross Fitzgerald AM is the author of forty-two books. His most recent publications are the satire The Dizzying Heights, co-authored with Ian McFadyen, and a memoir Fifty Years Sober: An Alcoholic’s Journey, both published by Hybrid

The Man Who Got It Wrong