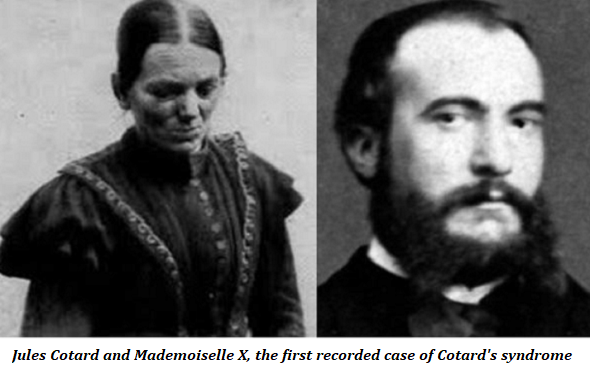 My wife wants to tidy the house before she dies and I want to catalogue my books—not that there is any point in doing so, no one wants books these days and it is difficult (so I am told) even to give them away. Fortunately, our respective tasks are so Herculean that, on the assumption that a sense of purpose lengthens life, we have many years ahead of us.

As I range my books, I had quite forgotten the existence of many of them. The problem is that, instead of proceeding with my task, I sit down to read them, in random order as I find them. The result is that my mind resembles a minestrone, so to speak, rather than a consommé or cream soup. But this does not worry me, since I decades ago gave up the ambition of forming a smooth and coherent view of the universe. To change the metaphor to a more familiar one, I am more inclined to be a fox than a hedgehog.

There is a lot to be said for reading at random, though one will never become scholarly that way. It broadens rather than sharpens the mind and counters the temptation merely to refine by further reading what one already knows. The temptation to remain in an intellectual bubble of one’s own making is very strong.

Of course, one doesn’t buy books at random, even if one accumulates them in large quantities unread, as I have done for decades: they must have some connection with one’s prior interests, or at the very least an interest that one intends to develop, that is to say an interest in a future interest.

Besides, no book is without something to say to us, even if it is not what the writer or publisher intended. Omissions can be as eloquent as inclusions, assumptions as revealing as stated principles; everything in a book, from its design to its illustrations to its reader’s annotations (if any), speaks to us down the years.

I had quite forgotten my possession of an elegantly-bound slim volume titled Du délire du négations by the nineteenth-century French neurologist Jules Cotard. How long ago I came by it I cannot now remember; I had even forgotten its inscription: à mon ami le Docteur Adrien Proust, souvenir de J. Cotard. It was published in 1882.

Adrien Proust was Marcel Proust’s father, a distinguished doctor himself and author of a book on neurasthenia (as well as books on plague and cholera). Cotard appears as a character, not very heavily disguised as Dr Cottard, in Proust’s novel. His inscription in blue ink is as fresh as the day he wrote it.

I must have bought the book because I wanted to read the original description of what is known as Cotard’s syndrome, a form of extreme melancholia in which the sufferer may claim that his body has rotted away, or that there remains only a tiny, gangrenous part of it, that he is already dead, that nothing exists, that the world has been destroyed, that he is utterly damned and rightly so, and so forth. It is not very common, especially these days, when melancholia rarely reaches to this extreme; but in those days, there was no effective treatment to prevent its development.

If anyone were to doubt that there has been some progress, a reading of this slim volume—an offprint of the medical journal Progrès Médical—should be enough to persuade them. Cotard describes various cases, for example that of Mme E:

Mme E, aged 55 years, married, mother of a family, was admitted to the asylum at Vanves, after having made several suicide attempts … In her paroxysms of anxiety she uttered cries and lamented at the top of her voice continually in the same words that all her organs were displaced, that she was lost, that she was damned.

A year later, she said that she had neither arms nor legs, that all parts of her body had metamorphosised, that all was lost, that she could not move without crumbling into pieces, all while gripping the chair in which she sat continually.

It was difficult to wash, dress and feed her. She would neither stand nor lie down nor walk. She had a prolapse of her rectum and her uterus which were impossible to reduce because of her resistance to all efforts to do so. Fifteen years after her admission, without any amelioration of her mental state, she died of starvation.

This is worse than anything I have encountered in my career, at least in the West. But not every­thing has improved. I have noticed before how well, and how honestly, the pre-Freudian French psychiatrists wrote, and how badly most of them wrote afterwards under Freud’s influence. Men like Cotard, Falret and Lasègue wrote beautiful, clear expository prose in which they could convey a great deal in few words, instead of very little in many words. Cotard, for example, tells us that some of the patients, far from claiming that they were already dead, said that they could or would never die and that therefore their present condition would continue for ever. Cotard has enough respect for the reader not to point out that, for these patients, this was truly a hell on earth, the suffering unbearable. Apart from the case of Mme E, all Cotard’s other cases, at the time he wrote, remained “absolutely the same”. Unlike Freud, he did not pose mendaciously as a healer, Freud having knowingly misrepresented the ultimate fate of his patients in his case histories.

There is a curious pleasure to what in the book trade are called association copies, that is to say copies of books that belonged to someone connected to the author or to the subject of the book, and likewise to signed or dedicated copies. I experience this pleasure myself and have tried, in admittedly desultory fashion, to analyse the reasons for it, for at first sight it appears irrational: for is not a book, above all, an instrument for thinking with, everything else about it being incidental.

In the ghastly managerial language of today, what is the value-added of a signature or some other mark of previous ownership by an eminent person—other, of course, than to the market value? (The increase in the market value only pushes the question one stage back, of course: Why should people value a signed or association copy more?) Why delight in the fact that Proust’s father was a friend of the author who gave him this very copy?

Actually, it is clear that Proust’s father never possessed the copy in its present form, because the binding, extremely skilfully done, is modern, or at any rate certainly does not date from the 1880s (Cotard died in 1889). If it had just been an offprint of the paper without Cotard’s dedication, or even with his dedication to someone unknown, it would not have been so carefully and expensively rebound. I have plenty of scientific offprints signed by a famous author to unknown persons, and none of them has been treated in this reverent way. It is the name of Dr Adrien Proust that makes the difference, though not in his own right, or because he was an eminent epidemiologist: I suspect that I could ask a thousand people in the street who he was and not more than one, if that, would be able to say. No, it was because there is a kind of apostolic succession from the author to the dedicatee to Marcel Proust that this secular relic (in excellent condition, moreover) must actually be quite valuable.

Is this rational? I remember having a discussion about the rationality of historical association with an eager young rationalist who thought that it was not. A room is what it is, irrespective of whoever has sat in it, even Napoleon or Virginia Woolf. Ghostly presences of the eminent do not persist or inhere in objects that they have handled. I am no nearer to Proust by possessing this book than I would be if I did not possess it.

I can see the logic of this argument, but yet it is not entirely logical either. The fact is that human beings have always valued relics, and therefore not to recognise this fact is irrational in its own way. If offered two copies of Cotard, one dedicated to Adrien Proust and one not, which would our rationalist choose? According to him, there is no essential difference, except a few ink marks. But still he would choose the Proust.

Among Anthony Daniels’s recent books are Saving the Planet and Other Stories and Around the World in the Cinemas of Paris, both published by Mirabeau Press under his pen-name, Theodore Dalrymple.

3 thoughts on “The Book Value of a Flyleaf Inscription”

The Progressive Uglification of Everything