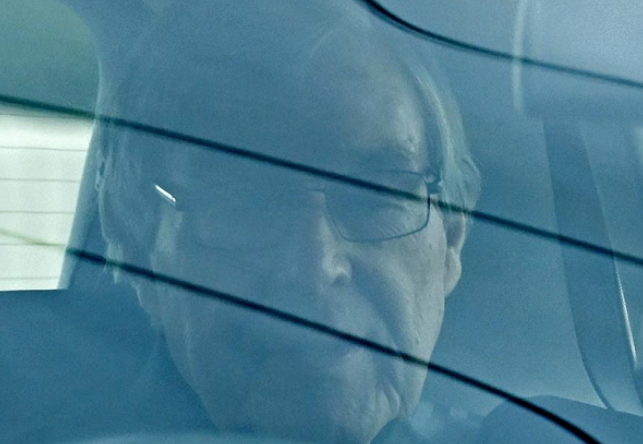 For Catholics of 1950s Australia, the formal prayers said as the Rosary were very familiar. Families knelt in homes at night and together prayed the Rosary—set around five decades of “Hail Marys” interspersed with an “Our Father” and a “Glory Be”. A full Rosary, rarely said at one time, involved fifteen decades, including meditation on the joyful, sorrowful and glorious mysteries (moments in Jesus of Nazareth’s life on earth). It was a well-entrenched ritual and, for children, the usual five decades were something of chore to get through. But it helped keep belief in the Catholic Church. The beads themselves were a token of faith.

In Cardinal George Pell’s Prison Journal, Volume 1: The Cardinal Makes His Appeal, keeping the faith, making it to the end and the Rosary’s joyful, sorrowful and glorious mysteries are all themes that bind together a life in prison (from February 2019 to April 2020) under false charges, as something of a Way of the Cross.

Pell’s plainly written daily record might have been a vale of tears in a download of anxious moments, self-justification and self-pity. Instead it is a work of tough love, lightened by scholarly deliberations on religious texts, alongside the comforting words sent by hundreds of supporters, mixed with moments like watching the broadcast of Richmond beating Carlton in the first game of the 2019 AFL season, or the light relief a kettle and a television, and even a mop and broom, can give. 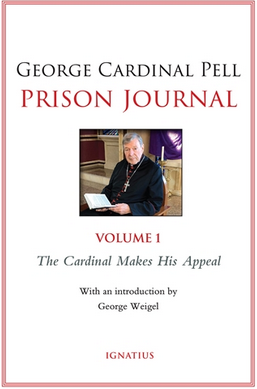 As the reality of incarceration in solitary confinement takes hold, it is simple moments that become Pell’s joy to behold—the glimpse of traffic from a window in a physiotherapist’s waiting room, the brief sight of clouds or blue sky from a break in the covers of the exercising “pen”, the sound of birds chirping through the bars, all bring to the Cardinal a sense of life’s positives.

Visits from family, friends and legal team, letters of support from across Australia and the world, or written queries from fellow inmates and other prisoners add to Pell’s mental survival. In answer to numerous rants from his prison neighbour, the Bourke Street killer James Gargasoulas, Pell replied, “Told him plainly I did not think he was the Messiah and gently urged him, like us all, to seek enlightenment and repent.” Pastoral work continued in an unlikely frame.

As he records his circumstances, Pell admits he is not so badly off as others—political prisoners like Vietnamese cardinal Francis Van Thuan, who was imprisoned by the communists for thirteen years. Thuan told Pell that with no windows, one weak electric light, either left on or turned off for hours, and his only human contact his interrogators, his greatest achievement was not to go mad. He would lie on the floor to get a breath of air from the gap under the door of his cell. Thinking of Thuan helped keep Pell sane. The sorrowful and the joyful mysteries bound together.

Cardinal Pell is now the world’s best-known Catholic after the Pope. All thanks to more than a decade-long pursuit by Victoria Police, a media pile-on led by the ABC, his arrest and trial, guilty verdict and sentence, solitary incarceration, and final release after a successful appeal to the High Court against charges of the rape of two choir boys in Melbourne’s St Patrick’s Cathedral in the 1990s. In the unanimous decision handed down on April 7, 2020, of the full bench of the High Court, the judges concluded that a jury, acting rationally, would not have found Pell guilty beyond reasonable doubt—the reasons for the decision are explained in the judgment.

This is of little moment in what becomes the first volume of Pell’s prison journal. In this volume, which ends on July 13, 2019, Pell is unaware that his appeal in the Victorian Supreme Court of Appeal, handed down on August 21, 2019, will fail. His hope is that it will be successful—his lawyers and the evidence suggest this will be so. Hence his reflection in Week 6 of this journal on the words of the French poet Charles Peguy:

Early in his journal, Pell records that he had never been attracted to writers of suffering such as St John of the Cross, who saw that suffering brought a believer closer to God. “I never read much of this work,” writes Pell, “finding it frightening.” By the end of this first volume of his prison journal, a reader gets the sense that Pell has found John of the Cross is speaking for him. For all that, the Old Testament’s Job is an inspiration as Pell settles into prison routine.

Pell admits he is not a natural contemplative. He needs structure and rubric to organise his meditations and prayers. His use of the Rosary was often to help him sleep. He hungered for a chance to say the Mass and his regret at being denied any part of Easter celebrations in 2019, when he was not even able to take communion, is keenly felt:

When phoning friends and family during my exercise spells outside (the only permitted time to phone), I was asked a number of times whether I was able to attend Mass, receive Communion during the Triduum, or even participate in an ecumenical service. My answer was no.

Confinement and the recordings in the journal bring on the experience of a long religious retreat with readings and reflections as Pell passed time alone. His priest’s breviary—a daily program of psalms, readings and hymns that are recited at stated hours of the day—became a crucial aid in this and the readings he reflects on furnish ponderings, argument, stories and more besides as Pell records the reasoning behind his faith and its genesis over centuries. “I do not regret becoming a priest,” he writes on March 21, 2019. Added to this was his much sought-after replenishment of books and magazines such as Quadrant and the Spectator.

In a cell some eight metres by two metres, and with a brief break or two each day in the pen for exercise, Cardinal Pell kept to his routine of record. Small joys and piercing insights from readings, the agonising wait for a chance to clear his name, small sorrows from cold feet against stone walls to the anguished cries from neighbouring inmates, and the endless indignity of the prisoner’s lot offer a patchwork experience that builds a picture of one Catholic soul—its inspiration and its miseries. Glorious and sorrowful together.

It’s a unique journey; Tolstoy’s War and Peace read with AI Superpowers, St Gregory the Great’s reflections on the Good Shepherd, the Gospel of St Mark and John Henry Newman or the Prayer of St Augustine are just the tip of this intellectual iceberg—and a lot of background as to why those writers matter. And there is support from unlikely corners:

Australian writer Gerard Windsor wrote to express his support “in this terrible time of trial” despite our “ideological and political differences”. He concluded, “Perhaps when the angel delivers you, you can tell us what words in all your reading gave you especial comfort and hope.”

Yet, the enduring thread is his case. And its damage for the Church.

In serious contemplation of what has happened to him, Pell attempts to unravel what has been a campaign against him as leader of the Australian Catholic Church. His conservative stance on faith and morals had not helped in an age of increasing secularisation. He sees himself as a target. His fervour, in an attempt to find a silver lining, is that his trials and tribulation will enhance the work of the Church.

In snippets, there are reports that his flock of followers are on the increase, congregations in various churches are on the up—albeit a minority facing a godless milieu. He regrets the absence of references to God in reports of major commemorations, such as the memorial service for former prime minister Bob Hawke. He sees the Church under siege—what chance a resurrection? Where might the glorious mysteries be found?

Cardinal George Pell’s Prison Journal, Volume 1: The Cardinal Makes His Appeal is a remarkable read. While written in such a deprived and austere setting—both physically and emotionally—the text is full of uplift and insights into the human condition. In a Western world of material and instant gratification, it reminds us how much the strength of human existence—morally and physically—relies (and has always relied) on an ability to handle and grow from suffering.

Anne Henderson is Deputy Director of the Sydney Institute and author of Menzies at War, which was shortlisted for the 2015 Prime Minister’s Award for Australian History

Singled Out by Virginia Nicholson

There is a God: How the World’s Most Notorious Atheist Changed His Mind, by Antony Flew