The Silent Crisis: The Threat of Mass Illiteracy 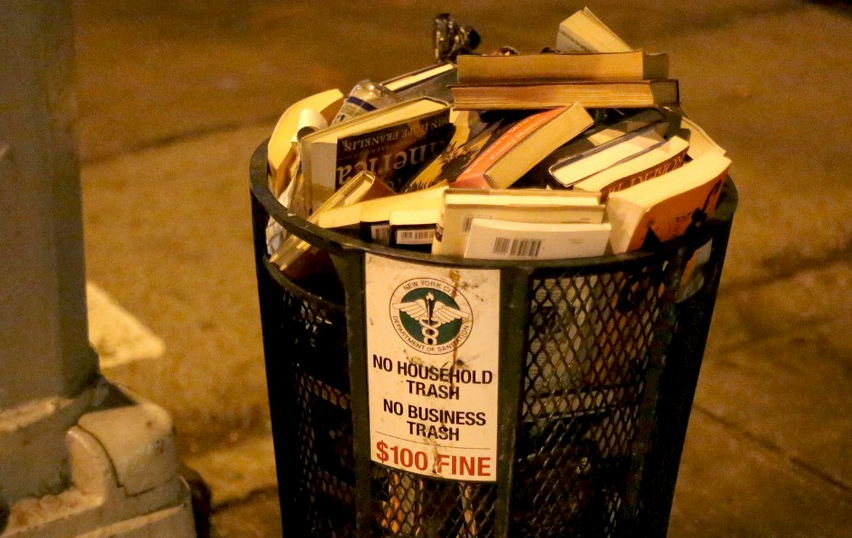 Despite enormous efforts, despite a battery of programs and remedial regimes and the emergence of an entire sub-industry of school consultants and marketeers, the capacity to read and write across the English-speaking world shows evidence of steep decline. This should be a cause for community concern. Poor literacy is strongly associated with anti-social behaviour. Very literate people seldom enter the prison system, which suggests that widespread literacy is part of a good inoculation against criminality.

In most Western societies, the prison population has the highest concentration of illiteracy. In an interview with the Shannon Trust, a charity that promotes reading in United Kingdom jails, the journalist Stephen Moss was told that 50 per cent of British prisoners are functionally illiterate. The Literacy Project Foundation in the United States estimates 85 per cent of juvenile offenders have trouble reading, while other research estimates the illiteracy rate in American jails to be at least 75 per cent.

Lower literacy is related to poorer life choices, worse health, shorter lifespans and poverty. On a grander measure of human value, illiteracy denies people the ability to participate fully in their society. For at least a hundred years, basic literacy has been the necessary qualification for virtually all useful employment and for meaningful community involvement.

Literacy—sufficient to understand and produce complex texts—is even more important for our future. Fluent literacy is essential for citizens in any intellectual democracy that wishes to flourish. Since the beginning of popular democracy, the system has been safeguarded by vigilant citizens. The strength and stability of a democracy rest on the ability of its citizens to debate, understand and engage with complex ideas. Such engagement requires literacy above a basic standard. If much of modern political discourse seems to be emotional, visceral and simplistic, it may well reflect the inability of many in the electorate to handle complex ideas.

While the properly literate segment of society is shrinking across the Western world, vast “islands of illiteracy” have started to swell and spread. In some cities, entire suburbs and street blocks are now occupied by people who cannot read. In these places, virtual hieroglyphics take the place of text in corner stores and local businesses.

In some centres, such as Detroit, 93 per cent of students are either illiterate or lag well behind expected literacy achievement. The reappearance of mass illiteracy in the United States has prompted documentary investigations such as Making America Read, which explores some of the reasons children are not learning to read, and the efforts to help illiterate students as old as fourteen to catch up. Despite some success, after-school programs and government interventions seem to make little difference. Metropolitan islands of illiteracy are growing.

In Canada, a manual produced by Canadian police services titled Literacy and Policing in Canada: Target Crime with Literacy includes the estimate that 42 per cent of the working Canadian population have “lower literacy than is needed to cope with the increasing information demands in our society”. The manual states that “two out of every five Canadian adults—9 million people—can’t read well enough to do everyday tasks”. The manual concludes that the average literacy score for Canadians is “near the bottom of Level 3”. Level 3 reading is defined as the basic minimum for a person to be employable and able to cope in an information society. If the average score for Canadians is near the bottom of such a level, most of its citizens are certainly not sufficiently literate to engage in complex political processes.

Illiteracy is something that the public-facing machinery of government now regularly takes into account. In a guide book titled Renting Out Your Property: A Lessor’s Guide produced by the West Australian government, landlords are advised, “Your explanation about the tenancy is likely to be important too as half of Australians aged between 15 and 74 years have ‘poor’ or ‘very poor’ literacy skills.”

These figures stand in stark contrast to official statistics in many Western countries that typically claim literacy rates around 99 per cent. How could this be when it runs counter to the research of many academics and the experience of so many people?

The answer is that official statistics are often compiled from the results of national testing regimes that measure students against “national standards”. These standards are typically set low and the vast majority of students are able to pass them. When the standards are suddenly raised, the number of students able to achieve them plummets.

In an effort to improve literacy, state governments have introduced higher standards. The new standards have caused a nearly 30 per cent decline in reported student proficiency. The West Australian reported in 2019:

All of this has long-term implications for the economic and social future of Western nations. The uncomfortable truth is that mass illiteracy—either outright or functional—is slowly returning to the prosperous First World, even as it is being slowly stamped out in the developing world.

Any sustained rise in illiteracy presents serious implications for crime rates, the quality of civic participation, the level of intelligent political discourse, economic growth, the mobility of class groups, and even levels of religious observance. Worse still, governments seem able to do little to stem the decline.

Many governments have responded to these trends in an effort to counteract them, yet often seem to be able to do little to stem the decline. This is because the decline is best explained by changing cultural values which fall outside the government’s ability to influence. In other words, it is not an issue of government competence or teacher ability. Teachers in Western nations do exactly what is required of them: they work hard, are supportive of students who present an array of social and behavioural problems, and try hard to engage their students. Governments in Western countries fund clean, safe schools.

But culture is something else entirely. Literacy and intelligence have been routinely ridiculed in youth culture for decades. Televisual entertainments have eroded the need for people to read in order to amuse themselves or to learn about a topic. Text-to-speech technologies can make reading unnecessary.  It is not surprising, then, to discover that among the two social groups that have experienced the steepest declines in literacy—the working and lower-middle classes—research tends to find that entertainment is increasingly more valued than education.

There are alarming implications for what could happen to our freedoms if we witness the emergence of a political and legal class who can function with virtually no scrutiny from a population that is too illiterate and therefore too disengaged to understand the language of power.

Jason Landless is a former university lecturer in education who holds a postgraduate degree in education.

13 thoughts on “The Silent Crisis: The Threat of Mass Illiteracy”