Islam and the French Soul 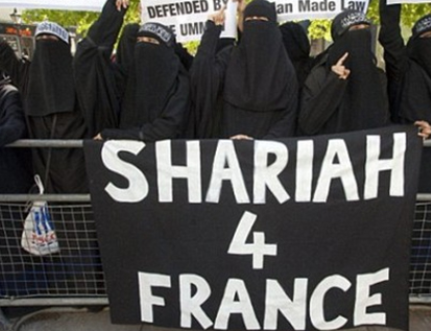 In search of narratives that have defined the West of the twenty-first century, a renewed emphasis on the nation-state and Islamic terrorism are the two that immediately come to mind. The latter found starkest expression in the Twin Tower attacks of 2001, the former in the decision of the British people to leave the European Union and of the American people to elect Donald Trump in 2016.

France has been touched by a resurgence of nationalism. The question in French presidential politics today is not which two candidates will make the second and final round, but who will compete against Marine Le Pen and thus be handed the keys to the Elysée. But Islamic terrorism has touched France more acutely than any other Western nation, to the extent that Le Pen’s inevitable loss can no longer be counted upon.

Since the beginning of the last decade, France has witnessed an unending train of terrorist attacks, each seeming to trump the last in depravity and devastation. These include the murder of three paratroopers, a rabbi and three young schoolchildren in 2012, the Charlie Hebdo and kosher supermarket sieges in January 2015, the November attacks of the same year which resulted in the death of 131, the lorry attack on the Nice promenade which killed eighty-six and the Strasbourg Christmas market attack in 2018.

In the last month alone, a twenty-five-year-old Pakistani refugee stabbed four people—seriously injuring two others—outside the former offices of Charlie Hebdo after the magazine reprinted the Mohammed cartoon which led to the first attack on the publication in 2015. Last week, an eighteen-year-old Chechen, also a refugee, beheaded a history teacher, Samuel Paty, who had shown his students the same cartoon in a class on freedom of expression.

As devastating as these attacks are, even sporadic mass casualty events are not enough to destroy a nation. But what is, in fact, a nation?

In 1882, French historian and political theorist Ernest Renan gave a lecture at the Sorbonne posing this very question. Renan pointed to countries like Germany, Switzerland and India as proof that ethnicity, language and religion respectively are not decisive to the fact of nationhood. A nation, Renan said, is “a soul, a spiritual principle” with two elements. The first is a “common possession of a rich legacy of memories”. The second is a “common consent in the present, a desire to live together”.

There are few common memories of the good kind between France and its Muslim inhabitants. Most French Muslims have roots in the Maghreb, which was subject to brutal colonial rule under the French until the mid-twentieth century. The war of 1954 to 1962 is fresh in the minds of many Algerians, and led to the fall of the fourth French Republic.

Resentment about a nation’s past exists in sections of all modern societies. The problem—or solution, depending on one’s view—is when the grievance reaches critical mass. Many indigenous Australians, for example, may justly feel resentful about the British colonial era and subsequent discriminatory policies. However, this does not pose a threat to Australia’s nationhood due to their small number in the wider society. Were a majority of America’s 13.4 per cent African-Americans to come to the view that they are owed reparations for slavery, by contrast, the threat to the United States may become existential. Without such a grievance, which goes to the heart of the nation’s past and present, black and white Americans are perfectly capable of living together in harmony.

France’s six million Muslims make up 9 per cent of its population. This is expected to rise to 17.4 per cent by 2050 on current trends according to a 2016 Pew Research study, and not due solely to immigration. French Muslims have a much lower median age (twenty-seven versus forty-three) and much higher birth rate (2.9 versus 1.9) than the wider population.

On the question of contemporary values, in another 2016 study the Institut Montaigne argues that a “silent majority” of Muslims whose values “can seamlessly co-exist within the corpus of the French Republic” make a “French Islam” possible. Puzzlingly, this “silent majority” accounted for 46 per cent of respondents to the study.

The next group, comprising 25 per cent, are the so-called “conservatives”, those “at the heart of the political and ideological struggle” the institution aims to combat. The final group, accounting for 28 per cent, are identified as “authoritarians”, those who practise an “appropriation of Islam as a mode of rebellion against the rest of French society”.

Other figures paint a similarly ominous picture. 27.5 per cent of French prisoners indicated they would observe Ramadan in 2016, making Muslims over-represented in French prisons by around a factor of three. In some facilities, especially those near Paris’s banlieues, the figure is close to 70 per cent. Several of those responsible for the Charlie Hebdo and November 2016 massacres had been radicalised in prison.

One wonders whether the failure of many Muslims to integrate in France is despite or because of the country’s less compromising attitude to integration than other Western nations. France does not subscribe to multiculturalism. In France there is a unitary republican culture derived from Rousseau’s general will and consistent with Renan’s concept of the national soul. In France one speaks of citizens—compatriots—not blacks or Buddhists or Christians.

At least that is the theory. But the Institut Montaigne study suggests most French Muslims see things differently. For over half of them, republican ideals come second, with a full quarter using their religion to subvert the common will. This can no longer be dismissed as right-wing paranoia. Centrist President Emmanuel Macron recently admitted parts of France have been lost to “Islamist separatism”.

The project of political Islam is simple. To destroy the French nation, destroy its values, sully our national memory and undermine our history. For years, political Islam has engaged in a continuous harassment of our nation.

French Muslims are not solely to blame for their disaffection and marginalisation. With its high unemployment, sclerotic administration and deprived banlieues, the state bears responsibility too. But to focus on these failures is to elide the profound and inevitable tension between a république laïque and a pious parallel society within it.

Laïcité is often translated as “secularism” in English. But it has a deeper and more culturally specific meaning than the English term implies. In theory it stands for state neutrality towards religion, freedom not to religion as under America’s First Amendment but from it. In practice it imposes measures considered repressive and illiberal in the English-speaking world, including the banning of religious signs in schools and of burqas anywhere in public. In 2015, the New York Times reported a young Muslim girl was sent home because her long dress was deemed an “ostentatious” sign of her faith.

Unsurprisingly, many Muslims see laïcité as a smokescreen for persecution. In a 2016 article titled “France’s Bad Example: Turning Laïcité into a Weapon against Muslims”, Yasser Louati, a spokesman for the Collective Against Islamophobia in France said:

Laïcité went from being a constitutional principle to becoming an ideological tool to exclude Muslim visibility from public schools. The battle that began in the late ’80s is still raging to this day and laïcité is constantly being used to justify the social death sentence of Muslim women.

The tension between French Muslims and non-Muslims transcends the level of law. French cultural life is defined by libertinism, a strong culinary tradition—wine, cheese and charcuterie—an appreciation of art and boundary-pushing ideas. None of these are compatible with conservative Islam, which is defined by regular prayer, a halal diet, abstinence from alcohol, anti-Semitism, hostility to homosexuality, female submission and chastity, and a zealous defence of the Prophet.

The French have made some concessions to their religious minorities. In France one may not criticise believers of a faith, only the faith itself. Ripe for criticism though this may be, it shows a willingness to take steps towards social inclusion. Several prominent critics and publications from Right and Left including Charlie Hebdo have been convicted for inciting hatred against Muslims under these laws.

Apart from this, however, and incorporating couscous into their diets, the French will not resile from their ordinary habits to appease even the most militant pressure group. The fact that several town halls projected Charlie Hebdo cartoons on their walls after the beheading of Samuel Paty did not surprise anyone with even a minor understanding of the French temperament.

The question, given the history, demographic trends and cultural practices of both groups is where this unhappy co-existence leads. And the answer must be nowhere good. The peaceful future for the French nation imagined in Michel Houellebecq’s 2015 novel Submission may prove an optimistic one, given the intransigence of both groups concerned.

This is not to suggest that those who subscribe to Islam cannot make good Frenchmen. For around half of French Muslims there is no conflict between their faith and their Frenchness. The other half, however, have a resentment about France’s past, and nothing in common with the secular mainstream values of today. Even if, contrary to all expectations, Islamist terrorism relents, the question of how the French nation survives with such a large minority who feel alienated by or actively hostile to her very soul remains.

R.J. Smith is an Australian writer and legal academic living in France. He teaches at Paris universities I (Panthéon-Sorbonne) and X (Nanterre)

One thought on “Islam and the French Soul”

Immigration and the Unkindness of Strangers

Australian Imams Stand Up for Sharia

The Islamist Threat to Social Cohesion