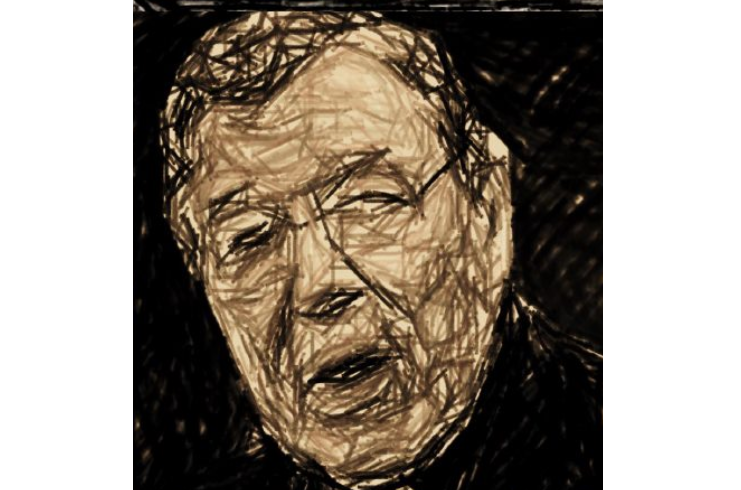 The case of Cardinal George Pell and child sexual abuse is still not finished. There is the matter now being investigated by the Australian Federal Police about whether Pell’s opponents within the Vatican sent money to Australia to try to influence public opinion and legal proceedings. However, given the enthusiasm to persecute Pell displayed by those arrayed against him in Australian legal and media circles, if such bribery did exist it was probably wasted. As Humbert Wolfe observed long ago, when you see what they will do unbribed, there’s no occasion to.

Moreover, with today’s benefit of hindsight over the competing perspectives that now come into view, the Pell case seems even more important on levels other than the multi-pronged witch hunt by the desperate characters who brought him down. Above all, the case is a demonstration of the fragility of the rule of law and of civilised social and professional relationships. Within the ideological imperatives that prevail today, any one of us could become George Pell. We could be accused by strangers of reprehensible behaviour, and then find the weight of the nation’s structures of law, government and public opinion piled on top of us—a Kafkaesque scenario.

Pell was lucky to be saved at the last minute by his only remaining hope, the judges of the Australian High Court. They retained enough independence and integrity to see the truth of his case as it was. However, these qualities had been beyond the ability of the majority of judges in the Victorian Court of Appeal and beyond the comprehension of the six former judges and legal officials who sat on the Royal Commission into Institutional Responses to Child Sexual Abuse, all of whom displayed embarrassing failings in the logic of their findings. There are no guarantees that future members of the High Court will act as creditably as those who acquitted Pell.

In my book published last month, The Persecution of George Pell (Quadrant Books, 408 pages, $39.95), I not only cover the minutiae of police, court and Royal Commission proceedings in what defence counsel Robert Richter accurately described as “Operation Get Pell” from 2013 to 2020, but also place it within the history of the culture wars, political ideology and consequent changes to legal procedures related to sexuality that have accumulated since the 1960s.

Running through the book is an examination of the impact of what became both a critical legal question and a major political issue: should those who claim to be victims of sex­ual abuse be believed as a matter of course? As my book shows, at the same time as victims of this crime have gathered both the personal courage and community support to report their cases to the proper authorities, they have been accompa­nied by an out­break of fraudulent claims that were widely accepted to be just as true as those of genuine claimants. Accom­panying them has been an obsessive campaign in the news and entertainment media, drip-fed by leaks from police and lawyers, dedicated to convincing the public to accept all claims by those presenting as victims. 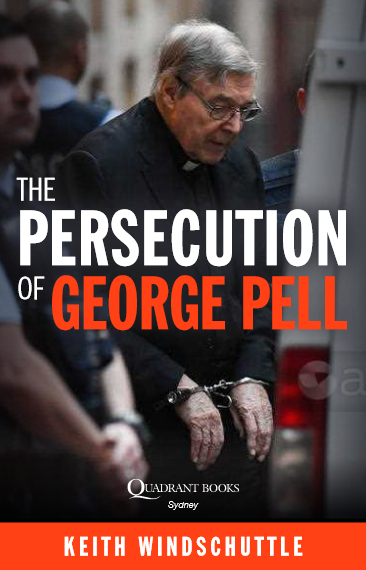 The notion that all victims of sex­ual assault deserve to be believed originated as a compassionate one. It arose from the desire to give comfort to genuine victims of child sexual abuse by forcing their abusers into the open to face justice, while at the same time giving victims the privilege of anonymity, restricted questioning, and the sympathy of the judi­ciary.

But the fact that advocates for victims, lobby groups of sur­vivors and members of the judicial system have so far been very reluctant to face, is that compensation schemes and damages claims have attracted a significant number of indi­vidu­als who have made complaints that were bogus. As the Pell case shows, some of the latter have been habitual criminals, some recently released from prison, and even some still in prison itself (giving evidence by audio link), who have seen compensation claims for sexual abuse as a much easier way to make money than their former illicit activities.

Some of the other bogus claimants have been emotion­ally disturbed or mentally unbalanced individuals for whom the commiseration they have received has been a matter of comfort in their sorry lives. The book shows how some have been shamelessly exploited by our leading television current affairs programs. Others have made false claims in order to become the centre of public attention, if only for a short time, as part of a common cause that has attracted much publicity and the sympathy of many people. No matter how wild their allega­tions, people like this have been taken seriously. They found they were suddenly shown respect, a quality long lacking in their lives, especially those who adopted the deeply embedded Australian tradition of cutting down tall poppies by accusing someone well-known and in the public eye.

Meanwhile, these bogus victims did not suffer any damage themselves. In Australia, no accuser of child sexual abuse is ever prosecuted for making a fraudulent claim. In fact, the legal sys­tem allows them to shelter behind pseudonyms while their real names are suppressed by the courts. And yet the names of those they accuse are publicly pronounced, both inside and outside of courts whenever an accusation is made, and an indelible stain is cast onto whoever is the target, irrespective of whether they are even­tually found guilty or not.

In fact, as Pell’s long travail demonstrated, his position as a person accused of these crimes meant he faced in court the reversal of long-standing legal principles, including the presumption of innocence, guilt beyond reasonable doubt, and the onus of proof being on the prosecution. If he had not persisted with his appeals—he said there was one stage in prison when he felt like giving up—his case would have set damaging legal precedents.

The political slogan of “I believe you, we believe you, your country believes you”, did not spring from the Aus­tralian experience. Like the testimony of Pell’s principal accuser, it was borrowed from overseas. Its founding premise came from American feminist activists in the #MeToo movement and other campaigns located within the over-arching ideology of international identity politics. It was instrumental not only in the Pell case but in other highly publicised allegations of child sexual abuse that also eventually turned out to be bogus, such as those of Carl Beech in the UK and “Billy Doe” in the US.

The insistence that all claimants are genuine is a very dangerous one. If accepted in the form its proponents demand, its logical con­sequences would undermine the rule of law. If embedded in an Australian state or territory, there would be no necessity to stage trials for sexual abuse at all. If complain­ants were to be treated as victims who must always be believed there would no longer be any need for a judge or jury to con­sider the evidence for and against, and come to an independent decision. Moreover, an accused person would have no defence, because the verdict had already been decided: whatever the complainant says goes.

Yet, we have just come through a period when this assump­tion was accepted as appropriate for Australian conditions, not only by the Royal Commis­sion into Institutional Responses to Child Sexual Abuse, but also by politi­cians on both sides of the fence, including current and former prime ministers, who dutifully accepted its recommen­dations. The idea that some people who authorities believed to be victims might have invented their stories was unthinkable to those in thrall to the prevailing ideology. They were also blind to another of its consequences: it was an insult to genuine claimants to place spivs and crims with fraudulent claims among the same ranks as those whose lives had truly been ruined by sexual predators.

The most disappointing institution in the Pell case has been the fourth estate of our democracy. Not all, but most of the news media not only took the same side against him as the bay­ing mob, they became leaders of that mob. They com­pletely failed to see this persecution from Pell’s perspective. He had been accused, tried and jailed for just about the most vile crime a normal, masculine man like him could commit. He faced insult, humiliation and utter disgrace. But the baying media mob, from their safe spaces behind corporate walls, was never interested in reporting his side of things. Instead, they hooted him whenever they could. Like the crowds lining the Via Dolorosa, they applauded every fall he made along the way.

So the decision of the High Court of Australia in April 2020 was more than the end of a witch hunt and the acquittal and release from prison of an innocent man. Legally, politically and morally, Australia had walked to the edge of a civilisational abyss, and peered in. The High Court allowed us to take a step back, and walk away. It was a near-run thing.

Yes and No for Constitutional Change