The Presumption and Promotion of Misery 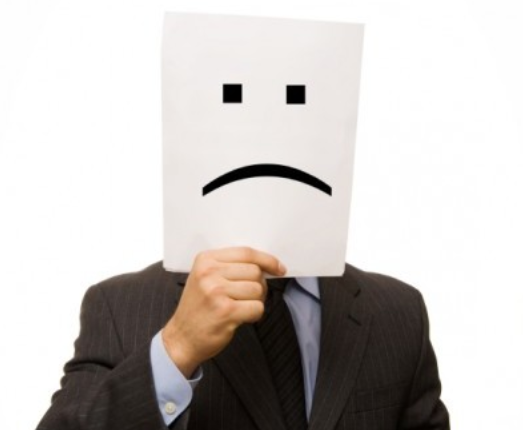 For many people, especially the educated, the word conservative is a term of derogation, except perhaps in relation to the preservation of giant pandas, carrying with it many negative connotations. Once a person or a policy has been described as conservative, he or it may safely be dismissed. There is no need to think further.

In like fashion, the word nostalgia, the melancholic or bittersweet looking back on the irrecoverable past, is nowadays wielded as a rhetorical weapon, as if the past were nothing but a chamber of horrors in a waxworks museum. Whoever is accused of nostalgia is a person of weak mind and probably of ill-will. The past is another country, where they do everything worse than we do now; we have nothing to learn from it, at least nothing of positive value, and we have only lessons to give it, tut-tutting at its deviation from our present state of complete and final enlightenment.

Anothony Daniels appears in every Quadrant

The fact that today is tomorrow’s past, and that if we teach no respect for history (except for those figures who were direct intellectual forerunners of ourselves), we too shall soon be consigned to that capacious repository, the dustbin of history, does not occur to those who reprehend both conservatism and nostalgia. But surely a person who has reached a certain age without feeling nostalgia has lived a very unfortunate, indeed a wretched, life.

We detect this attitude towards the past even in the terminology of art critics. “Cutting-edge” and “avant-garde” are for them automatically terms of approbation; there is no higher praise of a past artist than of his having been “before his time”. But art is not progressing, let alone marching, towards a final destination, any more than is human existence itself (except, perhaps, dissolution); what comes after in art history is not inevitably better than what went before, though it may be. What is of our time is not necessarily best and the logic of technical improvement or scientific advance does not apply to everything.

If the word conservative has negative connotations for much of the educated class, the words radical and revolutionary have positive ones. Considering how much damage and misery radicals and revolutionaries have caused in the world, one might have hoped for a more nuanced understanding of history, but of course false hopes spring eternal in the human breast. Actually, these false hopes are often insincere: what the radical reformer, especially under the present social and political dispensation, often hopes for is not so much a better life for others as power for himself and a meaning conferred on his own existence.

I recently came across a good example of the intellectual disesteem in which conservatism is held. I happened to read an article in the Guardian newspaper by a university lecturer in philosophy called Lorna Finlayson, about the way in which universities have tricked their students into returning in times of COVID-19, not for their own good, but to fleece them of their money, mostly raised by loan. With much of what she said, I agreed. Universities have been made dependent on the numbers of students they can attract to pay tuition fees and can induce to pay rent for the accommodation that they own. Universities have become crudely commercial enterprises that sell degrees as Subway sells sandwiches.

This degradation was one of the reasons that the great sinologist and literary critic Simon Leys (Pierre Ryckmans) retired early from Sydney University. But Dr Finlayson fails to mention that the commercial pressure itself arises from the loss of universities’ elitist vocation in favour of a social engineering one. Elitism, except in sport, came under attack by the sociologically-minded, who refused to draw a distinction between elitism and social exclusivity. The two overlap, no doubt, but are not identical. Universities became the intellectual equivalent of mass tourism, the Costa Brava of education. Students were induced to postpone their adulthood and indebt themselves in return for a diploma of little or no vocational or intellectual value. And this in the name of social justice.

By means of the internet, I found a paper by Dr Finlayson in the European Journal of Political Theory, titled “With Radicals Like These, Who Needs Conservatives? Doom, Gloom, and Realism in Political Theory” (emphasis in the original). I quote the abstract of the paper:

This paper attempts to get some critical distance on the increasingly fashionable issue of realism in political theory. Realism has an ambiguous status: it is sometimes presented as a radical challenge to the status quo; but it also often appears as a conservative force, aimed at clipping the wings of more “idealistic” political theorists. I suggest that what we might call “actually existing realism” is indeed a conservative presence in political philosophy … This paper describes the three contingent and suspiciously quick steps which lead from an initial commitment to being attentive to the real world, via a particular kind of pessimism about political possibilities, to an unnecessarily conservative destination. In the process, I try to show how the ubiquitous trinity of realism, pessimism and conservatism might be pulled apart, thus removing the artificial tension between “being realistic” and the demand for far-reaching social change.

It would take a book in itself to analyse this passage in full, but I think it is obvious that conservatism of any kind is dismissed a priori as being inherently undesirable under any circumstances. The demand that it should be dismissed takes precedence over any evidence that history might actually suggest that at least an element of conservative caution in political thought is desirable. If history suggests this, so much the worse for history: better just to ignore it.

The author’s conception of the world lacks nuance and subtlety, let alone irony. For her, the status quo is like a fly in amber: nothing will change it unless some directing intelligence wills it. But this is obviously not so. Societies change even if most people do not want them to change and even if there is no one in charge to promote change. Sometimes change is for the better and sometimes for the worse, often both at the same time. Even undoubted gain may also bring loss in its train.

The author obviously thinks that “far-reaching social change” is a good in itself. In Germany after January 30, 1933, there was far-reaching social change but it was not good. Many other examples could be given. Furthermore, social change is not a controlled experiment, nor is society a vehicle whose direction can be changed in precisely the direction chosen, by the turn of a wheel or the pull of a lever. One of conservatism’s insights is that there are unintended, unforeseen and unforeseeable consequences of any action, and these may outweigh by far the intended ones. That is why prudence and modesty are political virtues, at least most of the time, and often even in extremis.

Furthermore, it is believers in far-reaching social change who are more pessimistic in a certain important respect than conservatives. Conservative pessimism is allied to prudence. Man is not perfectible, the future is not under our rational control, we ought to proceed cautiously. The pessimism of the far-reaching social-changer is different and far more dangerous. He believes that things are so bad that they cannot get worse and that everyone is miserable. Of course, there are or have been situations in which everyone is miserable and improvement is easier to conceive than deterioration, but we do not actually live in such a situation.

Intellectuals are apt to look at the lives of others and conclude that they are terrible because they would find such lives intolerable themselves. During a recent period of quarantine after returning to England from France, my wife and I had food delivered to us by a supermarket. The young staff who made the deliveries were just the kind of people about whose supposed misery intellectuals tend to get exercised. They were poorly paid, unskilled, without economic prospects and so on, and therefore they must, ex officio, be miserable. If, as it seemed to me, they were not in fact miserable, but on the contrary cheerful, smiling and helpful, they were either acting, suffering from false consciousness or simply relieved to have a job at all, so that their cheerfulness was in dialectical relationship, or contrast, to the misery of others.

If they had but known it, it was their duty and function in life to be miserable, because without their misery far-reaching social change would not be necessary and without it intellectuals would never gain the one thing needful (and in their case, deserved) in life, namely power. The miserable must therefore be taught to be miserable: and I can think of no better way of doing so than giving them contemporary academic prose to read.

Among Anthony Daniels’s recent books is Embargo and Other Stories (Mirabeau Press, 2020), published under his pen-name, Theodore Dalrymple.

The Fading of Scarlet Letters