Why the Left Loves the Lockdown 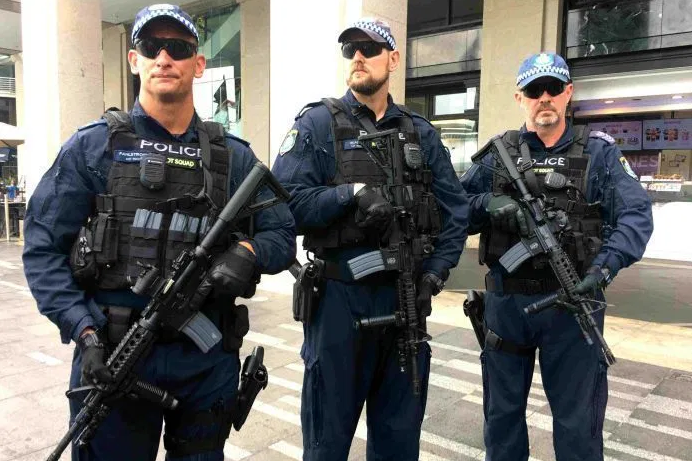 The Covid emergency has created two sides: the progressive Left want lockdown to continue, borders to remain closed, JobKeeper and JobSeeker to be continued, and the economy to remain weak, as continual growth is thought a Ponzi scheme. The Right proposes an opposite set of policies. Having insisted on a prolonged lockdown, the Left then took advantage of the resulting social vacuum to promote its own wide-ranging agendas, while insisting that society as a whole undertake a self-denying ordinance on activity. By endorsing the protest marches, which endangered the success of the lockdown, the Left was hypocritically breaking its own promises. The Left was most in favour of the lockdown and most in favour of the protesters breaking its rules.

Covid transmission is now predominantly by person-to-person contact, not from overseas returnees. The virus appears in the fourteen-day period after infection. Melbourne had a big spike in the fourteen days after the big march in June, with hot spots in the inner-north councils of Darebin, Brimbank and Moreland, which happen to be the heartland of the radical protesters. Investigative journalists who usually love drilling down into statistics suddenly went quiet on why the spike happened, and the authorities have adopted the attitude, “nothing to see here”, and then blamed the defenceless immigrant community. We have to work out our own explanations, as the Victorian government won’t provide any.

The lockdown caused disruptions on many fronts. With society in deep freeze, it should have been a time for maximum restraint and for postponing divisive public behaviour. But the George Floyd murder triggered a cascading series of protests around the world. Escalation and protest marches are now the default settings when anything goes wrong, an automatic response which permits unrelated issues to be caught up in a global torrent. It’s déjà vu, it’s back to the 1960s, the urgent need for an explosive issue is the constant. Aboriginal deaths in custody, colonialism and statue-toppling, refugee grievances and other issues were dragged into the mix to lambaste our society. High feelings, some legitimate, were ramped up to create an intoxicating atmosphere where considered rules and judgments don’t apply, a takeover move to advance an underlying agenda. Brendan O’Neill’s sober analysis in the Weekend Australian (June 13-14) revealed how inane but also dangerous this kind of behaviour is. O’Neill understood:

This no longer has anything to do with Floyd. Rather, we are witnessing nothing less than a power grab by the politically correct machine; an attempt by the new intolerant elites to export their eccentric ideologies into every street and square and corner of the public sphere. It really does echo the Cultural Revolution.

Recurring outbursts of frenzied public protest have become a feature of Western societies since the 1960s, when we were first exhorted to “let it all hang out”, a slogan which gave us inner permission to externalise feelings immediately we felt them. This revealed a deficient, thin-skinned emotional intelligence. We cast aside a natural tendency to scrutinise our reactions (Freud’s “instinctual renunciation”) before flaunting them publicly, and making them a burden on others. This was assisted by fear of being seen as “repressed”, or as a “young fogey” or “nerdy” in later iterations. What began as personal responses has now morphed into widespread public passions which periodically sweep through whole strata of society, a rollercoaster ride we can’t get off.

In the Covid lockdown emergency, those in the public sector such as academics, public servants and senior ABC staffers who do not have to worry about job security, favoured keeping the economy in deep freeze for longer. Compare them with those working in the private sector who have sustained large job losses, but who have no organised media voice. This is an inequitable situation: the well-off are arguing for policies which disadvantage the less secure—not a pretty sight. What happened to their much-touted sympathy for the disadvantaged?

A different embryonic split has developed between the federal and state spheres, with large powerful states like Victoria and New South Wales prepared to second-guess federal cabinet agreements. Covid now exists almost totally in the inner and middle rings of Melbourne and Sydney. As a result, state governments are the sphere where many crucial decisions are being made, on internal borders, health issues, control of public spaces and other matters. State governments have high debt; much recent employment growth has unfortunately been in public, not private sector jobs. A shift of focus to underperforming state bodies is a dangerous development for a balanced national economy.

We are in new territory, with outcomes on many fronts unclear. Polling and predictions should therefore be treated warily, but they have been constantly foregrounded. One poll found that women had been more disadvantaged than men during the emergency, another that two thirds of Australians suffer from unconscious racist bias. At the outset the Fairfax papers predicted up to 150,000 Australian deaths in a front-page story. Many predict that on the other side we are facing years of deficits and depression, but how would they know? What we notice about the predictions and polling is that their conclusions are pessimistic, and unsurprisingly come up with results that the pollsters/prophets/commentators agree with. The predictions are becoming self-confirming: if lockdown continues past its use-by date, which is what the pessimists want, the economy will tank, and their dire “predictions” will come to pass.

This is also the wrong time for an implosion leading to a changing of the guard in one of the two major parties. The ALP has historically been run by the majority Right, the only electable grouping. In the Victorian and federal branches of the party the Left is finally completing its long-term takeover of the party by purging the Right. Julia Gillard was its first left-wing federal leader, as the Left had the numbers in the parliamentary party. But the public was not quite ready to elect a radical federal government outfit; Gillard ran a minority show with the help of two outsiders. The branches are now strongly Green Left, and for the first time the parliamentary party and the federal executive are both in the hands of the Left, with Albanese replacing Shorten as leader.

In the Victorian branch something more radical has been happening. Daniel Andrews is the first Left Victorian ALP leader, and with support from the CFMEU hardly a moderate voice. Beyond Victoria he is the flag bearer of a loose, extra-parliamentary coalition of protesters, activists, media and academic sympathisers, radical unionists, greens and so on. It is a counter-government movement; it acts not as an opposition, but ignores accepted centres of authority and instead sets up its own authority system (all power to the soviets) which if accepted will accrue power to itself. Andrews acts in the new federal cabinet to sideline some of its agreements and to question its desired unanimity. He issues curt, ten-second sound grabs in a brush-off tone, to deflect queries rather than to defend his manoeuvres at length.

In addition, as Victoria loosens its links with the federal system, it has established formal links with the Chinese government by signing the Belt and Road agreement, and informal links through pro-Chinese activists, some of whom are the ALP’s and Andrews’s own staffers. The Victorian government seems on occasions as sympathetic to Beijing as it is to Canberra. At a time when China is exerting maximum external pressure, these internal connections raise worrying questions about Australia’s sovereignty.

In an emergency caused by China the culprit has not, as one would normally expect, acted to mitigate the worldwide problem it has caused. On the contrary China has gone on the offensive, taking advantage of the vulnerable position of frozen Western societies to exploit our new weakness. China has adopted a stand-off tone, as it now reprimands us in the way it does its recalcitrant provinces like Hong Kong, Taiwan, Tibet and the Xinjiang Uighurs. It now treats us as though we are already part of its far-flung co-prosperity sphere, which we should recognise, and whose orders we should obey. The Chinese ambassador in Canberra acts as a local satrap conveying Chinese Communist Party orders to us his subjects, and insisting on obedience and humility in his realm. This is the meaning of the Chinese Trade Minister refusing to answer Simon Birmingham’s phone calls—China is in the business of issuing warnings and demands, but not of treating others as separate sovereign entities it will freely negotiate with as equals.

Totalitarian regimes attempt to alter reality by imposing an ideological straitjacket on it. Of course at the moment this is an ambitious try-on, which can’t be enforced in reality, as China has few friends because of its recent gross behaviour, but its present gambit is more likely to become reality the more it is not resisted with resolute action.

Patrick Morgan is a frequent contributor to Quadrant.

Why the Left Loves the Lockdown

Pandemania: Or, a Brief History of the Medicalisation of Life

The Unnecessary Devastation of the Lockdown