Too Much the Quick Fix 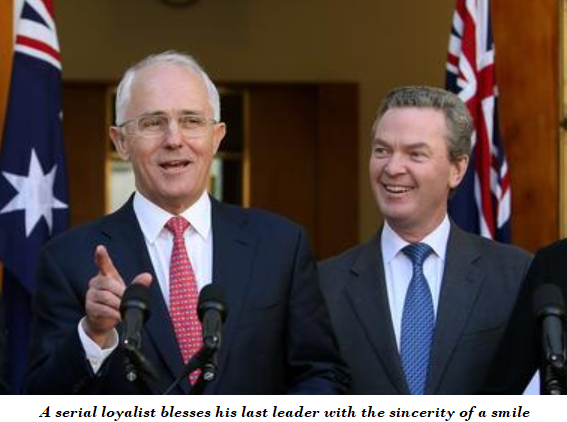 Ex-politicians write memoirs for many reasons. Some want to see their name in print or to spill the beans and wreak revenge on their enemies, usually in their own party. Many political memoirs are boring diaries of minutiae. Some are justifications for past actions, to set the record straight or to rewrite history. Some are like political thrillers with much fiction. A few are genuinely amusing with insightful observations about politics and their fellow travellers. Very few are serious attempts to make sense of what they have been through, to explain how government really works with its constraints, pressures and assessment of mistakes from which lessons can be drawn.

This review appears in the most recent Quadrant.
Click here to become a subscriber

Regardless of motives and quality, all publications by former ministers, prime ministers, leaders and members should be welcomed. Studying politics from the outside with all the records only gives you a part of the story. It is akin to watching an Indonesian shadow theatre, which has all the thrills of the theatre, but you only see the shadows of the figures and can too easily miss the puppeteers pulling the strings. 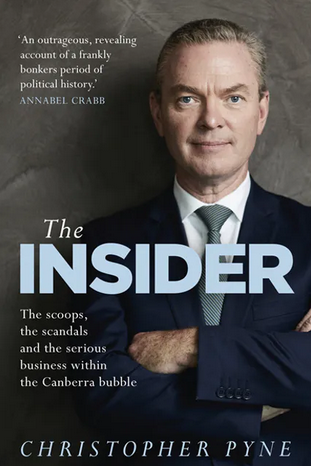 So, Christopher Pyne’s new book, with its enticing subtitle, “the scoops, the scandals, and the serious business within the Canberra bubble” and its promise “to explain what really happens behind the scenes in Canberra” is welcome. After all, Pyne spent twenty-five years in federal parliament, was junior minister in the Howard government, and then cabinet minister and leader of the house under Abbott, Turnbull and Morrison across key portfolios of Education, Industry, Defence Industry, and finally Defence. Pyne must be the ultimate “insider”.

What do we get? Well, it is certainly not a vituperative, personal and vengeful account, unlike the book that his former boss, Malcolm Turnbull, served up recently. And the 300 pages cover his twenty-five years and key events at a cracking pace compared to Kevin Rudd’s voluminous effort. Indeed, when reading the book one can almost hear Pyne speaking aloud, complete with quips and asides.

On that most basic question of why politics, Pyne’s answer does not soar to the lofty appeal to principles, policies or ideals. Rather, more honestly, he says, “I went into politics to get my hands on the levers of power and use them to move the dial” by “influencing who would be leader and hence prime minister”. This explains much of Pyne’s game throughout his career—to be on the winning side in the Liberal Party. We are not told much about what “moving the dial” means.

Yet, if that was Pyne’s goal, he got off to a bad start because in 1993 he had the temerity to tell John Howard that he should move on and out. This was as inept as John Moore, Liberal Member for Ryan, saying publicly in 1989 after Howard had lost the leadership that he “should fade away”. Little wonder it took Pyne so long to climb the greasy pole of power. Is this indicative of the flawed judgment that marked his career? For instance, although Pyne admits Howard was a “great man” and leader, he had no compunction in wanting Peter Costello to replace him sooner rather than later—Costello was the future, not the past, he says. But Howard stayed till the end and Costello never took him on or stuck it out after the 2007 election defeat.

And look who Pyne repeatedly later backed as leader—Turnbull. Twice in the book Pyne admits Turnbull was “not a natural campaigner” yet he backed him again and again—first as opposition leader, and later in rolling Abbott. It seems odd, however, that for a person who saw his mission in politics as wanting to influence “who would be leader and hence prime minister”, that Pyne claims he was not part of the group that plotted Abbott’s demise—but we have no reason to question his honesty on this. The ultimate insider, it appears, was not on the inside.

Pyne, himself an energetic campaigner, skirts too lightly over Turnbull’s appalling eight-week winter election campaign in 2016 under the unprecedented “Turnbull Coalition” banner. The election left Turnbull with a one-seat majority, weakened his authority, and encouraged the Abbott supporters to start gnawing at his prime ministership. He never fully recovered.

Pyne describes himself as a “team man on good days and bad days” for the Liberal Party. This is commendable, but he lets Turnbull off the hook for his deplorable behaviour after losing the prime ministership. Pyne’s excuse that “everyone’s departure from politics is a personal decision” does not wash. Party loyalty counts. Elsewhere Pyne admonishes other Liberal deserters like Julia Banks.

Pyne certainly inserted himself into the drama of the Liberal Party’s internecine warfare when Turnbull fell in 2018. He claims that he played a pivotal part in getting the “moderates” behind Morrison and out-manoeuvring Dutton. There is no reason to doubt this. However, there is too little discussion about why he supported Morrison other than he thought Dutton was unsuitable. Others have also questioned Pyne’s readiness to absolve Morrison’s alleged two-timing of Turnbull.

On policy matters, Pyne discusses the homosexual marriage issue at length—it extends over fifteen pages. This tells us a lot about his interpretation of “liberalism”. Pyne paints the marriage issue as the cause of Abbott’s demise, ignoring so many other factors such as the Prime Minister’s Office about which he was often frustrated, the factions of which he was a part, and of course Turnbull’s white-anting which he disregards. Pyne confuses his small “l” liberalism with being a member of the Liberal Party, which has a wider, more complex philosophy and audience. Of course, the marriage issue was not even part of the Liberal Party’s platform. Pyne’s opposition to the National Party joining the party room discussion highlights both his insensitivity to Coalition politics and the gravity of an issue that was changing a cornerstone of our society.

Nor does Pyne discuss the factionalism—moderates, centrists and conservatives—which is destroying the Liberal Party, or the “hollowing out” of modern political parties. He rightly berates Labor for being a party “dominated by political professionals” but surely Christopher himself falls into that category.

In revealing that Michael Photios is his “good friend and moderate leader from New South Wales” (actually he is just a lobbyist and left-wing faction puppeteer), Pyne highlights his capture by factionalism. His idea of the main game is getting moderates up. Indeed, he spends too much time on internal Liberal Party policy issues and only occasionally are we reminded of the “real opponents in the Labor Party”. This is further seen in his list of “great” supposed successful state Liberals that includes only “centrists” (Pyne’s code for moderates), which reveals a narrow focus and questionable judgment. Some only had one term (Tonkin), or less (Baillieu, Brown). A couple shot themselves in the foot (Greiner, O’Farrell), and a few didn’t make it happen (Hamer). “Conservatives” deliver the big victories—at national level Fraser, Howard, Abbott and Menzies and at state level Askin, Bolte, Court, Playford, Nicklin and Bjelke-Petersen—but are all ignored.

Pyne glides over his time in education, failing to highlight how the Coalition came to office ill-prepared to deal with Gonski school funding, especially concerning the post-forward-estimates funding issue. There were achievements in schools, but his attention was too focused on higher education reforms that failed. However, he is right that the school funding settlement achieved by his successor Simon Birmingham was unhinged by “a few colleagues who wanted to stoke the embers of discontent” over Catholic school support. Pyne wisely concludes that “reform in school education is much harder than it should be. One of the depressing aspects of being an education minister is the sense that many stakeholders have no interest in student outcomes.” He gets it. We needed more serious discussion about these sorts of issues.

The trouble with this book is that it has been written too much with an eye for the quick sell, just as his policies were for the quick fix. It is amusing in places, occasionally interesting, and sometimes clichéd. In office, Pyne too often went for the outrageous, the comical, the performance, rather than the substance. He was right when he proclaimed himself “the fixer”. This brought laughs all round, but Pyne devalued himself. He played too much the court jester. He was better than that. Read his speech of November 24, 2014, where in ten minutes he shredded the Labor Opposition in a style that matched the best of Keating—focused, passionate and articulate. As he said:

All Labor does is think every day, “How can we play politics?” while the government is thinking “How to get more jobs … more growth in the economy … how we repair the damage done by Labor …”

This book could have been so much better, just as the talented Mr Pyne in office could have been so much greater, but we are all shaped by our personalities and predilections that drive or divert us. A book about how policies are developed, the need for clear principles, the limits of time and resources, and a focus on what governments can do, as distinct from what commentators say they should do—that is what we need. Such a book would have been less exciting, but more lasting. Howard did it with Lazarus Rising, but Pyne hasn’t with The Insider.

Scott Prasser is Senior Fellow at the Centre for Independent Studies. Between 2013 and 2019 he was Senior Adviser to three federal cabinet ministers including Christopher Pyne.

Not a Bad Prince

The Intellectual Life of the British Working Classes, by Jonathan Rose