Manning Clark and the Webbs 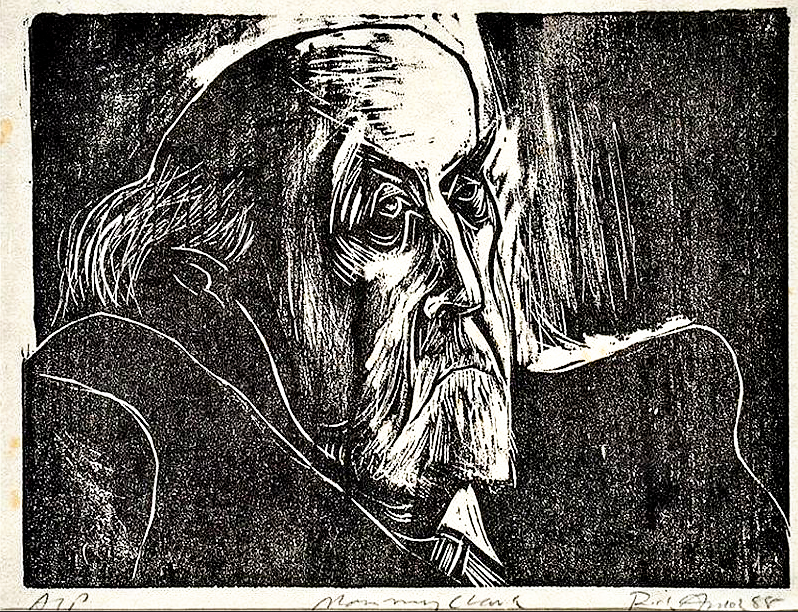 Founded in London in January 1884, with the aim of establishing a socialist society by peaceful means, the Fabian Society speedily evolved into the first modern-style think-tank. It did much to craft the policies advocated by the British Labour Party, which was founded in London in February 1900.

The Fabian Society’s early success had its echoes in Australia. Fabian societies sprang into life in several of our capital cities after the Labor Party first emerged as a force to be reckoned with at the state and federal level. In fact, in Queensland, for a few days in December 1899 Anderson Dawson from Charters Towers led the first labour party government in the world. In subsequent decades, organised Fabian activity also helped to germinate policies that characterised the government of reformist ALP prime minister, Gough Whitlam from 1972 to 1975.

We must take this dispiriting backdrop into account if we are to understand an exchange of letters that took place in 1943, when organised Fabian activity was virtually non-existent in Australia. The two letter writers in question were the well-known British socialist Sidney Webb and Manning Clark.

In 1943 Charles Manning Hope Clark, aged twenty-eight, was a schoolmaster at Geelong Grammar. He was a would-be author with left-wing political leanings. On returning from Oxford a few years earlier, Clark’s enthusiasm had been aroused by the emergence of a left-wing breakaway group in the ALP’s New South Wales state branch. Reading its newspaper, Progress, alerted him to the notion that the study of Australian history could be an intensely progressive activity, breathing new life into the spirit of Eureka.

Clark’s wartime radicalised position was expressed clearly in a letter that has recently been located in the library of the London School of Economics and Political Science by my friend, the indefatigable Canberra-based researcher Stephen Holt.

Clark signed the letter on May 2, 1943. It was addressed to the octogenarian Sidney Webb, an early member of the Fabian Society in London. In 1929 the Labour Party, in recognition of Webb’s services, had put him into the House of Lords. Henceforth he was, if only officially, Lord Passfield.

Clark’s letter was prompted by the death, on April 30, 1943, of Beatrice Webb, the collaborator and wife of Sidney Webb. Born in 1858, Beatrice Webb had attained renown as a thinker and activist. Her areas of expertise covered sociology, economics, history, political science, trade unionism and social reform. She played a crucial role in the formation of the London School of Economics in 1895 and was active in the Fabian Society.

The Webbs were prolific, often polemical authors. In 1935 they had published Soviet Communism: A New Civilisation?, a work of over 1200 pages, which lauded the Russian revolution and the policies of Joseph Stalin. In later editions, the question mark in the title was omitted.

Manning Clark learnt of Beatrice Webb’s death when the news was announced in the Australian press on May 1, 1943, a Saturday morning. He immediately swung into action. Over the course of that autumn weekend he drafted and sent a letter of condolence to the widower in England.

In his letter, Clark addressed Lord Passfield as “Mr Webb”. This was because, even though Webb had accepted the title, no true Fabian was supposed to believe in the British peerage system and its trappings.

Clark had, he told Webb, never met Beatrice. What drove him to write was his reverence for “her devotion and inspiration”. The letter was private and so Clark could unbend. Wartime Australia, he informed Webb, was at least fifty years behind England in matters of the mind: “The intellectual climate here is similar to England’s in [the] ’80s of the last century”, which was when the Fabians got going. There was, Clark continued, “a latent sense of social injustice” in Australia and “a general awareness of the necessity for a radical change in the distribution of wealth”. But, he added, no Australian had yet drawn up “the blueprint of a new society” in the way that Sidney and Beatrice Webb and the other Fabians had done in England. Beatrice’s support for a better, more progressive world, Clark noted, had borne fruit in England and it was his fervent hope “that the seeds she has sown in us will not fall on hard soil”.

The letter of condolence to Sidney Webb in the London School of Economics and Political Science bears an annotation which indicates that Webb responded to his Australian correspondent on July 22, 1943. There is a single page from Webb bearing this date in the Manning Clark Papers in the National Library of Australia. 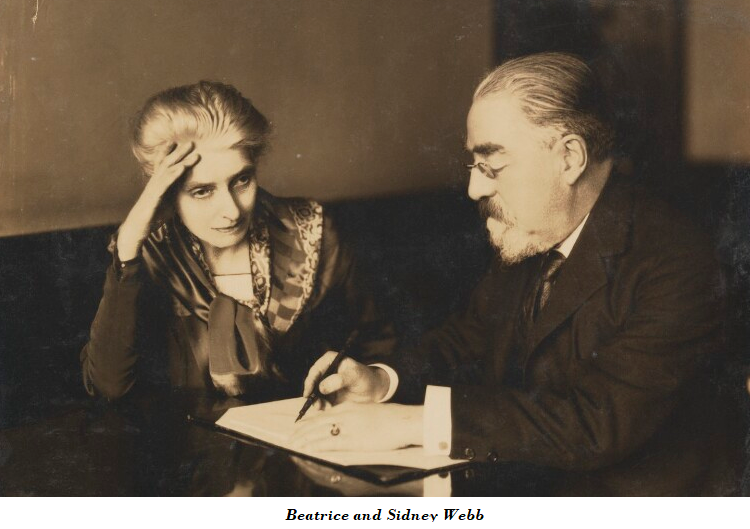 Webb, the reply indicates, was eager to express his gratitude for Clark’s “very appreciative words” about his wife. The political sentiments had likewise struck a chord: “I very much concur with your feeling that the Australian Colonies [sic] are so backward.”

The letter to Webb bore the signature “C M H Clark”. Webb was happy to reply, but he did not know the exact identity of his antipodean correspondent. In 1943, Webb did know of a person in Australia with sympathetic leanings named Clark. But it was not the Geelong schoolmaster. It was Colin Clark, a British-born economist who in May 1938 became the principal economic adviser to Queensland’s long-serving ALP premier William Forgan Smith. Colin Clark was also director of the Brisbane-based Bureau of Industry. In 1940 he had published an important book, The Conditions of Economic Progress.

This awareness of the economist named Clark meant that Sidney Webb’s reply of July 22, 1943, although sent to Geelong, was addressed to “Dear Mr Colin Clark”. Colin Clark was one of the younger generation of Fabians who were attracted to new ideas but who belonged to the same extended ideological family as the Webbs. On three successive occasions he had stood unsuccessfully as a Labour Party candidate in British general elections. Maynard Keynes had been very impressed with his work as a statistician. So it was understandable for Webb to assume that the letter of condolence had come from Colin Clark.

Webb’s mix-up demonstrated that, in 1943, outside of Melbourne and Geelong very few people had a clue as to who C.M.H. Clark was. Although Manning Clark may well have been peeved when he received the letter dated July 22, 1943, he nevertheless hung onto it.

In the decades ahead, Clark never deviated far or for long from the political credo that he enunciated to Lord Passfield in May 1943. His default position was faith in a fairer society achieved through a state and federal Labor Party electoral program permeated by progressive Fabian analysis.

In Manning Clark’s world, politics and history marched together. The return to office of R.G. Menzies in 1949 ushered in two decades of federal conservative rule. A resulting sense of disappointment and fallibility darkened Clark’s vision of events when he began writing his vast history of Australia in 1956. Increasingly, in his later years, commentary on Clark and his A History of Australia tended to reflect attitudes to its author’s strong engagement with the rise and fall of Gough Whitlam and the associated Fabianesque program of extensive domestic reform and social improvement.

A key Fabian principle enunciated by the Webbs was the notion of “permeation”. The aim for political and social reform was to be slow but steady. The idea was for Fabian notions of programmatic reform to seep through the political and intellectual strata in society and, in the process, gather even the unlikeliest of recruits. In the case of Manning Clark this strategy worked a treat. His wartime outburst of reformist zeal remained forever embedded in his complex intellectual makeup.

The wartime letter of condolence sent to Beatrice Webb’s widower was a genuine if perhaps slightly disconcerting act of homage. It was proof indeed that the idea of permeation as defined and practised by the Fabian Society did work effectively. An unlikely recruit in distant Australia had pledged his strong support for its politics and its policies.

A desire to be involved in something historic and heroic is the key message embedded in Manning (not Colin) Clark’s exotic 1943 letter to Sidney Webb. This desire was never stilled.

Ross Fitzgerald is Emeritus Professor of History and Politics at Griffith University. He is the author of forty-two books, including a joint work with Stephen Holt, Alan (“The Red Fox”) Reid: Pressman Par Excellence, which was shortlisted for the National Biography Award. His most recent book is a memoir, Fifty Years Sober: An Alcoholic’s Journey (Hybrid Publishers).

From Utopia to Dystopia

How They Wrote Religion Out of Australian History