The Prodigy Who Failed 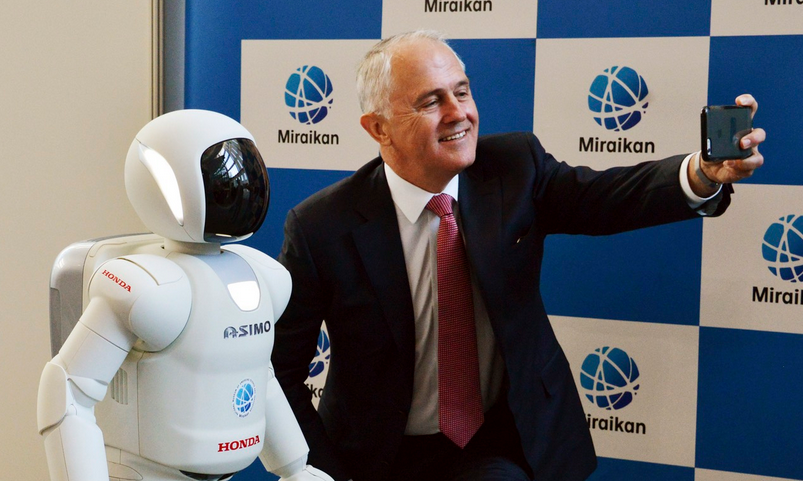 We’ve got the Turnbull memoirs wrong. They are a good read, but not because of the final two chapters, about how he lost the prime ministership, and gets the dirty water off his chest. Nor is it the chapter on how he won preselection for the seat of Wentworth and found his way into the national parliament. The good parts describe his adventures as a young lawyer who won case after case, and then became an investment banker and millionaire, and how he was up to his eyebrows in major events that still resonate. He was a child prodigy, and then a prodigy.

He got to be very rich, and bought a house at Point Piper which earned him the sobriquet, from political rivals, of Mr Harbourside Mansion. He had a farm in the Hunter Valley, at Scone. His wife Lucy had a stint as Lord Mayor of Sydney, and chose her successor, when the ALP went after her, who is still there today: Clover Moore.

Malcolm Turnbull first came to my notice when his Officious Bystander column began appearing in the now defunct Bulletin while I was Canberra correspondent. I thought it was brilliant and urged the editor Trevor Kennedy to run it each week. He couldn’t: Turnbull wrote when it suited him, but sufficiently often to disappoint readers when he didn’t appear. Turnbull was a lawyer, with other fish to fry.

He defended a retired British intelligence officer who had written his memoirs in defiance of the British Official Secrets Act. He was thirty-two when he won the Spycatcher case, appearing before the High Court as a solicitor in a suit.

He was Kerry Packer’s right hand when a royal commission went after him. He worked out the strategy that prevailed., and then became his lawyer. He was an important source of advice when young Warwick Fairfax’s ill-judged takeover of the family media company hit the wall and a rescue attempt was needed. He was in partnership at various times with Neville Wran, Nicholas Whitlam and Goldman Saks. Everything he touched turned to gold.

But nobody’s perfect, and Turnbull made his mistake when he placed himself at the head of a movement to make Australia a republic. He didn’t have the right feel, completely misunderstanding what royals are for. He thought they were to epitomise Australian-ness.

Once, kings were great warriors whose job it was to lead the army when it was time to defend the realm. In 1066 King Harold held off the Danes at Stamford Bridge and then marched his army to Hastings where the Norman French were mounting an invasion. Harold looked up and an arrow hit him in the eye and killed him. That arrow made Britain French.

Obviously, this was an unsatisfactory system, and King Knud produced an idea that did not turn on one person. Kings were there by divine right. Over the years, as the world has become secular, and more scientific, divine right has gone out of date.

Monarchy survives because its pomp and pageantry are amusing, and because its members are celebrities who have their exits and their entrances. Above all that, the monarchy fills a role that could otherwise be open to a tyrant. Adolf Hitler comes to mind. In the eventual republican referendum, every state voted No.

Turnbull had had his first go for preselection for Wentworth when Peter Coleman stood down, but didn’t make it. When it was time, Turnbull turned back to Wentworth, which had a sitting member, Peter King. It would be a tough fight. Turnbull decided to build up the numbers in his own branch of Point Piper and got in 1500 new members before anyone noticed. King reciprocated. He had been a Liberal for twenty-five years, the party president and the member for Wentworth from 2001 until 2004. Thousands of his supporters joined the party to support him. Turnbull got his own numbers up to 3000.

Tony Abbott called it the mother of all branch-stacks. John Howard sent a message—he was not going to take sides. They had to catch and kill their own.

The greater the number of branch members the greater the number of delegates a branch is entitled to send to the preselection meeting, an always tense event. An aspiring candidate cannot pay supporters to join the Liberal Party. The new members must pay their own subscriptions, which are carefully scrutinised. A lawyer placed in party headquarters found fault with 400 applications from King supporters. When the dust settled Turnbull could count on eighty-one preselectors, King could count on sixty-seven and there were twelve in play. The vote when they met was Turnbull eighty-eight and King seventy.

Turnbull got fourteen years in parliament, and three years as prime minister. He resigned as the member for Wentworth in 2018 when Scott Morrison displaced him, and wrote his memoirs.

After the challenge King left the party and stood as an independent. His campaign manager, James Bell, a member of a prominent Goulburn district grazing family, stuck with him and was expelled from the Liberal Party for five years for his role in opposing a Liberal candidate.

One didn’t hear much about Peter King during the subsequent campaign. Turnbull had captured the attention of the media and my recollection is reading that King was a lacklustre member who hadn’t done much.

So one should make the appropriate points. New members do not do much. It takes a term for them to find their way around a very large building, and to learn what their electorates need, whether it is playing fields, skate parks for board riders, or grants for extending hospitals. They must learn how to conduct themselves when they get a chance to speak, and reflect on what they are there for, which is to continue to hold their seats, to become ministers if they are chosen, and to support leaders until it is time for them to go. The responsibility for choosing the new leader is theirs. If they are in government the new leader becomes prime minister.

It takes more than one term for a member to develop the political wariness that tells the member when an event doesn’t look right, without any evidence. It is even more difficult to choose the right leader when that time comes.

None of it is easy. Peter King was not only a Rhodes Scholar, which meant a scholarship to Oxford awarded in preparation for national leadership. He was a student leader all the way from school to St Paul’s College at Sydney University. He graduated from Oxford with a master’s degree in law and a rugby blue. None of that is undistinguished, and today he is a barrister.

He served two years as chairman of the UNESCO Heritage Committee, whose job it was to remind member nations of their responsibility for preserving places of unique interest such as Machu Picchu or the death camps set up by the Nazis in Poland.

He was busy in Canberra for much of the time that Malcom Turnbull was recruiting members for the Liberal Party’s Point Piper branch in the Wentworth electorate. King remains bitter. His term for what was going on was “furtive”. King learnt about the branch stacking from a barista at the coffee shop where he stopped off for his morning coffee. The proprietor had been heavied to join the branch.

Turnbull got a primary vote of 41.8 per cent, the ALP got 26.3 per cent. King, who had resigned from the Liberal Party, ran as an independent and got 18 per cent. When preferences were distributed, the vote for Turnbull was 55.5 per cent, representing a swing against the Liberals of 2.4 per cent. Given the nature of the campaign, Turnbull could be pleased.

There is more than one way to lose the support of your branch. Abbott was a conscientious member and prime minister, but the polls had him behind. That was one factor in bringing him down and giving Turnbull his stint as prime minister, until he failed the test he had set for Abbott, and was himself behind in thirty consecutive opinion polls. Another way was the wall around Abbott set by his principal private secretary, Peta Credlin, which cut him off from his colleagues and even members of his own staff. The problem of access created by Credlin grew into another factor.

The polls need to be interpreted. Malcolm Fraser didn’t fare well in the polls. There were always people who were reluctant to say they would vote for him, but who then did so in the privacy of their booths on election day.

Parliaments are savage places. There is a famous story that a newly promoted minister sat himself next to Winston Churchill and said it was good finally to be on the front bench, facing the enemy. “That is where you are wrong my boy,” Churchill is reputed to have responded. “That is Her Majesty’s loyal opposition. The enemy is behind us.” Another British prime minister, Jim Callaghan, came to look forward to his weekly audience reporting to the Queen. She was the only person he could talk to who didn’t want his job, he had eventually concluded.

The world of politics is tougher than business, even for a prodigy with the Midas touch.

David Barnett, a former political journalist, wrote on the old Country Party in the May issue

Samples of the Australian Experience