Our Epidemic of Self-Reproach and its Costs 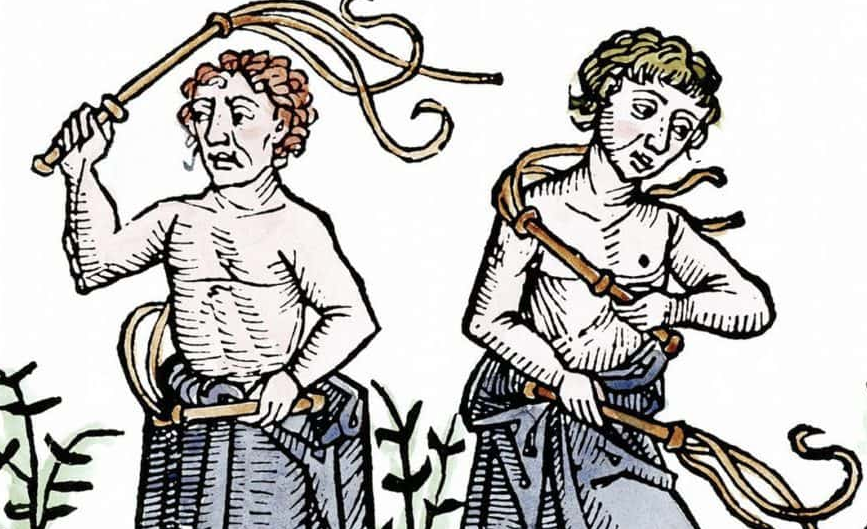 On March 5, the South China Morning Post reported that a new law the Chinese government had drafted to make it easier for foreigners to acquire permanent residence was provoking fierce public opposition. This was despite the fact that, as the Post pointed out, only “7,356 foreigners obtained permanent residency in China from 2004 to 2013”, and “the United States in comparison issued close to 1 million green cards in 2013 alone”. The Post also noted that China’s rules restricting permanent settlement by foreigners “are some of the toughest in the world”, and that “foreign applicants would still need to meet strict education and investment conditions”. The new law would only “slightly” relax the restrictions, the Post declared, “for example, by lowering the investment requirement from US$2 million to US$1.43 million”. The reporter, Jun Mai, observed:

The draft—which will be open for public comment until March 27—met with a backlash on social media. By Wednesday [March 4], a hashtag on the regulation had drawn more than 3 million comments on Weibo, China’s Twitter, with most taking a hardline stance against the move.

On March 7, the Economist announced that, “after days of online fury, officials took the proposal back for revisions”, by which time, it alleged, the Weibo hashtag:

had been viewed more than 5 billion times. A dismaying number of comments betrayed racial and sexual panic, with men vowing to defend Chinese women from immigrants, notably from Africa. Several young women vowed to leap from the Great Wall rather than marry a foreigner.

China provides the largest single group of those foreigners recently granted settler rights in Australia. None of the Chinese entrants has been forced to invest anything like US$1.43 million, and the bountiful federal government has granted them not only permanent residence but the incomparable gift of citizenship. This grants them political power over their hosts, which Canberra seems fond of scattering it like confetti: 550,000 of Australia’s newest citizens have been born in the People’s Republic amid a Chinese heritage population that is now 1.25 million strong.

It may seem strange that a brutal autocracy should move so swiftly to appease Chinese dislike of a law that would only add a few dozen foreign residents (not citizens) to an overwhelmingly Han state of 1.4 billion, whereas the widespread disquiet about the political impact of China’s vastly more numerous settlers in a democracy of 25 million meets little response from Australia’s elected leaders. Except, of course, for the accusations of “racism” that are directed at dissenters, although racism is obviously viewed somewhat differently in China (and indeed in many of the lands that send Australia migrants) than it is in Canberra.

Although, as Gaetano Mosca pointed out, the leadership group in a democracy is no less a tiny, arrogant elite than are the factions that run despotisms, Churchill reminds us that “Dictators ride to and fro on tigers from which they dare not dismount. And the tigers are getting hungry.” This often makes dictatorships far more sensitive to public opinion than democratic regimes. There, precisely because democracy is a given, democratic leaders can forget that they are meant to constitute a “government of the people, by the people, for the people”. The nature of parliamentary life in capital cities can instead incline them to appease the “in-crowds” of the metropolis. The governing class is intimately and constantly aware of these elites—tax-funded broadcasters that are under no obligation to please the public; lobbyists for businesses and trade unions; virtuous celebrities; civil servants; academics—all of them more or less remote from the rest of society.

However, in Australia, what unites these elites—the demand for eternal, impartial mass immigration and the opposition to local tariffs and manufacturing, the prioritisation of “Aboriginal Culture, Engagement with Asia, and Environmental Sustainability” (to quote the only three foci of the national curriculum)—is not just their lack of public support. All seem actively hostile to Australia and Australians as they have always been traditionally understood, whether within Australia or beyond it. Never has any country in history been more desired and admired by those outside its borders (hence the tsunami of migrants) and more damaged and disparaged by its own elected and unelected rulers.

As soon as Christian states began invading and usurping non-Christian peoples late in the fifteenth century and blighting the Earth with racism, slavery and even genocide, they were ferociously denounced by leading Western thinkers like Bartolomé de las Casas and Francisco de Vitoria, who pointed out that such behaviour was utterly contrary to the spirit and letter of Christ’s teachings. This anti-imperialist counter-narrative was maintained by many of the West’s most influential pundits for half a millennium and became politically dominant in the twentieth century, when it played a significant part in forcing the leaders of the West to abandon their empires.

Of course, the Spanish, the French, the British et al were hardly the world’s first or its worst imperialists. History has seen an invader group usurp and then annihilate, oppress or assimilate a less advanced or robust community on its own territory at least a thousand times. No invader but the white man has ever developed moral qualms about it. Islam, Shinto and Confucianism can all be construed as teaching that invasion, colonisation, racism, slaving and genocide are permissible if they propel to victory the only true civilisation—as long as they are inflicted by that civilisation on non-adherents.

The world has never regarded these forms of imperialism and their attendant horrors as being as immoral as what the West has done, precisely because the Chinese, the Japanese and the Muslims praise rather than condemn their own actions. In the Australian national curriculum, for instance, bestial destroyers of whole peoples like the Ottomans are eulogised even as the colonisation of Australia is damned, and the Western liberals who excoriate European rule in Algeria cannot hymn too highly the barbarous Muslim invasion and enslavement of Christian Spain. As V.S. Naipaul writes in Among the Believers, it seems that we can only ever criticise that which criticises itself.

Unfortunately, the West’s masochism and altruism have done the West in general and Australia in particular very little good, either economically or reputationally. It seems clear that, in public relations terms, being moral (that is, self-critical) can lead you to be seen as immoral, and being amoral will effectively enable you to escape censure. How else can we explain the high historical standing of tyrannical, slavery-based invader societies like Moghul India and Muslim Spain? Goodness seems to beget a reputation for evil, and evil to beget a reputation for good.

Self-criticism is like free trade: it only bears positive fruit if everyone applies it, and Australia’s non-Western partners—especially in Asia—practise neither free trade nor self-criticism. On the contrary, just as their critiques of Australia’s “racism”, “colonialism” and assaults on the environment proceed from a profound commitment to their own, they parasitise Australia’s intellectual property and unprotected markets—including its labour and housing markets—while offering no comparable access in return.

Even before the “From China with Love” pandemic, the “Trente Glorieuses” of tariff-less “engagement with Asia” had reduced Australia from being a potential US (given its once pugnacious democracy, vast size, mineral and agricultural wealth and advanced manufacturing) to being a less triumphalist—in fact a positively self-flagellating—modern Russia. As in Russia, a rich, decadent elite has managed to subject the country within a few decades to a staggering level of industrial and technological decline, reducing it for largely selfish reasons to a coolie economy heavily dependent on the export of raw materials and finance.

It is of course true that Australian GDP has increased dramatically since 1990, but any relatively empty country (as well as very crowded ones like Britain) can augment GDP by inviting in large numbers of migrants, and Australia has brought in millions.

If, in economic terms, the nation has prioritised quantity over quality, in Canberra, democratic quantity can sometimes seem to defer to the “quality” of a self-appointed cabal. Just like today’s Russia, today’s Australia can appear a pseudo-democracy where an eternal “deep-state” elite vies with the voters for the control of public policy, though here the elite is liberal and recklessly anti-national rather than illiberal and nationally assertive. Is it not possible that the rich and empty wastes of both Russia and Australia are greedily being eyed by China, supposedly a privileged friend of each, as potential Lebensraum? And now, the coronavirus crisis may have the same effect on Australia’s already infantilised economy and the complacent elite that “liberated” it as the asteroid that hit Jurassic Park.

The threat that Australia faces is no less grave than that which Byzantium faced in the seventh century when the invading Arabs stripped it of most of its territory and two thirds of its income, or nineteenth-century Japan after Commodore Perry’s opening of the backward Shogunate could have reduced it to a picturesque white-ruled American appendage like Hawaii.

It will have to enforce not only assimilation to, but a celebration of, Australia’s European norms. After all, what is modern Australia if it is not a European state? What does it owe to the Aborigines, or to the non-Europeans who sought its shelter precisely because it was a European outpost?

Australia’s national curriculum praises the Turks, a people from Mongolia who crossed thousands of miles of land to dispossess the ancient Greek and Armenian natives of Anatolia, creating a backward dystopia on the ruins of a high civilisation and killing and expelling millions of the advanced locals in the process, of whom almost none now survive. How strange, then, that the curriculum is so unsympathetic to a group of Europeans who crossed thousands of miles of sea to create the most sought-after society on Earth, one which now boasts an Aboriginal population more than twice as large as it was in 1788.

As V.S. Naipaul points out, Islam requires would-be converts to abjure their own identity and become culturally Arab—by taking an Arab name and so on—before they can be granted political rights in the ummah, which is not only the global community of believers but a trans-national state, in fact, the only state to which Muslims may bear a true allegiance. Why, then, should Africans, Asians and others not make a similar sacrifice by becoming as Anglo-Celtic as possible in return for their citizenship? Why does Australia’s ruling class so under-value Australian citizenship? Why does it sell the most precious passport in the world so cheaply?

Above all, if it wants to survive, Australia’s “subversive majority” (as Marcuse called it) must ensure that the federal and state governments stop subsidising self-hatred, hostile immigration and multiculturalism—a program that is a contradiction in terms given that many cultures are mutually exclusive. The results of official attempts to recreate a pre-conquest Aboriginal society that rejects Western taboos about violating women and children bear witness to this fact.

The post-virus environment will be financially unfavourable to the continued funding of these sinister versions of Marie Antoinette’s phoney rural experiments. Let us hope that the new mood will be politically unfavourable to such funding as well. Why should a debt-ridden state keep on writing cheques for a separatist Aboriginal community which is mostly made up of white poseurs who are addicted to other white people’s guilt and money?

Like seventh-century Byzantium and nineteenth-century Japan, Australia must learn to be like the powers that threaten its life if it wants to survive and perhaps even triumph in a truly authentic form.

Harry Cummins is the author of Magnetic Island: A Novel, published last year by Connor Court.

6 thoughts on “Our Epidemic of Self-Reproach and its Costs”

Remaking Australia as a Frontier Society

Camped By a Billabong