The Lost Virtue of Timelessness 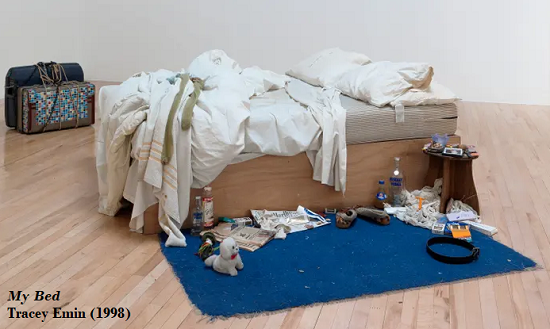 How important a role do the visual arts play in your life? My guess is that if you are not actually a working artist the role they play is somewhat limited. It is also my guess that most so-called arts administrators are unlikely to read Quadrant, for today theirs are archetypal and strictly left-wing careers.

Yet if we stop briefly to consider the major art forms, the visual arts historically are clearly up there with literature, theatre and music as primary sources of human expression.

Writing as a former international art critic, I suggest that opportunities to view major art in Australia are limited largely because of an understandable unwillingness on the part of the world’s major collections and museums to lend us their treasures when not much is on offer in return. I cannot imagine a show featuring Sidney Nolan or Arthur Streeton attracting vast crowds to a major museum in Paris or Florence.

Australia is a bit out of the way geographically and our imagined offers of Percy Grainger, say, as our leading composer or Patrick White as our leading literary exponent may not impress the birthplaces of Handel, Bach, Mozart and Beethoven nor those of Dante, Shakespeare and Goethe. Australia as a whole is an extraordinary visual experience, so why is it that we fail to punch our weight in the visual or other arts?

From my early childhood in Britain all I ever really wanted to be was a painter—an ambition I first achieved substantially in 1962 when I left London and joined what was then one of the most remarkable so-called art colonies in the world. Ancient, historic studios were a feature of the whole West Penwith area of Cornwall and I was lucky enough to rent one of these—on a pig farm—at the very outset of my career as a painter. After various vicissitudes and travels in Europe I bought a tall, thin terrace house in the nearby town of Penzance in which I converted the entire roof space not just into a satisfactory working studio but one which looked out via the large window I installed onto the pictorial and maritime wonders of Mount’s Bay. By then I had a gallery which represented me in London as well as local outlets for the sale of my work. The private market for visual art was then still quite strong in Britain and private collectors still regularly visited Cornwall specifically to buy.

But the major intrusion of public subsidies into this idyll was already at work undermining friendships through jealousy and mistrust. For example, when the Arts Council’s visual arts representative paid his regular visits to the area he was often intercepted off the train and entertained lavishly by just one artist, and failed to pay visits to other potential beneficiaries. The Arts Council wielded great power already through subsidised galleries and other potential favours which lay within in its exclusive power. Soon much of Britain became covered by subsidised art venues of various kinds. Heavily politicised exhibitions which were generally of little or no interest to anyone proliferated. I recall especially the vast and beautiful spaces of the Arnolfini Gallery in Bristol being “filled” at the time of a visit I paid there by a few sacks of coal. So-called “conceptual” art was by then all the rage and the coal supposedly “represented” injustices inflicted on the miners of South Wales.

One original aim of “conceptual” art of which few in Australia seem aware was to deprive commercial art galleries of objects with which to trade, so hastening the desired demise of capitalism. Desired by whom? For all but a favoured few, modernism had initially led the way in undermining the great traditions of art in both its teaching and practice. But postmodernism was more sinister by far. It led me to produce my first book, which I wrote basically at the conclusion of each day’s work in my studio. The Art of Self Deception was published by Libertarian Books in 1977 and in a sense initiated a switch in my life from full-time painting to at least part-time critical writing.

At the end of the 1980s my widowed mother’s declining health prompted my return to London, where I taught painting and art history at an as yet largely unspoiled art school. When that job ended in 1984 a strange series of events led to my appointment as art critic for the Spectator in London. A very favourable review of my 1970s book by Patrick Marnham probably contributed to my cause. Over the next eleven years I wrote some 500 articles on art in Britain and a wide variety of other countries including the US and pre-1989 USSR. Visits such as the latter reinforced my extreme lifelong dislike of communism both in its overt and covert—postmodernist—forms.

In England I was appointed to serve on a variety of basically conservative committees including the Art Working Group for the National Curriculum for English and Welsh Schools and the Conservative Advisory Committee for the Arts and Heritage. I believe both appointments worked to my disadvantage when, following a brief lecture tour in Australia, I was appointed as National Art Correspondent for the Australian. The principal talk I gave on my lecture tour in 1994 was the Jack Manton Memorial Lecture at the Art Gallery of New South Wales on a subject of my choice. Neil McGregor, then director of the National Gallery in London, had delivered that lecture the previous year.

Following the increasing influence of postmodernism in Australian education and culture I realised later that I was already a potential hate-figure probably from the time of my arrival here to work in May 1995. I had no inkling, for example, that the cultural staff of the Australian were almost exclusively Left-leaning. Paradoxically, during my first few months here—during which I received an unending stream of letters of regret at my departure from readers of the Spectator—I was the subject of seemingly unending hostility from the cultural arms of the Fairfax press and the ABC. This began virtually from the day of my arrival. Foucault and Derrida continued to be figures of cultural worship in Australian academic circles in those days, long after their vogue had expired in America and in the country of their birth. Why did I not simply return home as most sensible people would have done?

Australia had always fascinated me, and in my first years here I taught painting at a series of bush camps in wonderfully obscure places, generally in Far North Queensland. Tim Storrier assisted me on two of these trips and he and John Olsen and I also made a protracted visit by light aircraft to Australia’s red centre. On another occasion John, a pilot and I flew from Bathurst to Broome in a single-engined Cessna. On one leg of that trip a wedge-tailed eagle flew alongside the plane, peering closely at the occupants of the cockpit. Such incidents were unforgettable, and I remain deeply thankful for them.

In my first years here I also made friends with such fellow journalists as Frank Devine and Paddy McGuinness and the editor of Australia’s oldest Catholic magazine, Father Paul Stenhouse, who died recently. By the time of that sad event I had written monthly articles for Annals and served on its editorial board for some seventeen years alongside figures such as Christopher Koch and Pierre Ryckmans. Sadly, I feel Australia has degenerated culturally during my two decades of residence here and I wonder sometimes now whether I was too ambitious in my choice of subject for my Jack Manton Memorial Lecture. My chosen subject was “The Meaning of Modern”, which I continue to see as a vital underpinning of so much that has gone awry with our culture.

My late father ended his professional career as a principal reader for the Complete Oxford English Dictionary, to which he contributed some 26,000 original entries. At his behest I began learning Latin at eight and French the following year. At ten I won a scholarship to an English Anglican boarding school: indeed ten was effectively the age at which I left home for good.

Honest use of language has always attracted me and I therefore hate what amount to mere rhetorical tricks. In art the selling of novelty as a virtue per se has always offended me. We live on the sole planet in the universe occupied by humans and should be much more aware than we are of that privilege. It does not require one of my late father’s huge dictionaries to tell us that the word modern has two meanings which boil down to the following: (a) of the present or recent times; (b) new fashioned, not antiquated. To compress such meanings still further we are dealing with (a) period and (b) style. In short, the condition of being modern has never been a virtue per se even though every advertising man would probably have it so.

In many ways the language of art and art criticism betrays itself because great art in virtually every discipline applauds the condition of timelessness at least as much as I do. In short what rather than when is what we should concentrate on in virtually all art forms. That realisation first dawned on me fully in 1963 when I was wandering the virtually empty galleries of the Prado in Madrid almost at closing time. I even felt for a moment that a parliament of dead artists was perhaps quietly counselling me. What rather than when truly is the crux of all artistic matters.

At various times in my career as a full-time critic, I have been privileged to wander the storerooms of state and national galleries. If the public which pays for the art which is collected in its name in modern art institutions could see even a fraction of the ephemeral rubbish it has effectively paid for, there would perhaps be cause for at least some form of cultural revolution. An inability to distinguish between curators “buying what is being done” and artists “doing what is being bought” has always been one of contemporary art’s major problems. If major national “modern” collections had simply opened their doors to the very best art of our time, such collections could have been immeasurably enriched. Books on “modern” art frequently omit artists of the quality—and timelessness—of the American Edward Hopper, painter of the immortal Nighthawks, Balthus and England’s Stanley Spencer. Nighthawks, which you may know from reproduction, is to my mind no less modern and authentic in its sentiment than Scott Fitzgerald’s The Great Gatsby, which many authorities consider the greatest novel of the twentieth century.

In 1980 my old professional associate and sparring partner the late Robert Hughes produced a television series and book which took three years to make called The Shock of the New, which was an attempted follow-up to Kenneth Clark’s world-famous Civilisation from ten years earlier. In a sense, Robert’s finely produced book attempted to enshrine much that was wrong with the whole concept of modernism. Should we not now make a new series called Triumphs of Continuity, to enable us to see all the great traditional art of our time we neglected? For example, the Australian painter William Robinson was one of the truly great painters of the latter years of the twentieth century. Every modern Western nation suffers today from the emergence of a heavily politicised and often worthless “state” art.

Among Giles Auty’s articles for Quadrant is “The Meaning of Modern Revisited” (July-August 2015). His most recent book is Culture at Crisis Point (Connor Court).

6 thoughts on “The Lost Virtue of Timelessness”

In Pursuit of Cannibals

The Assault on Trust