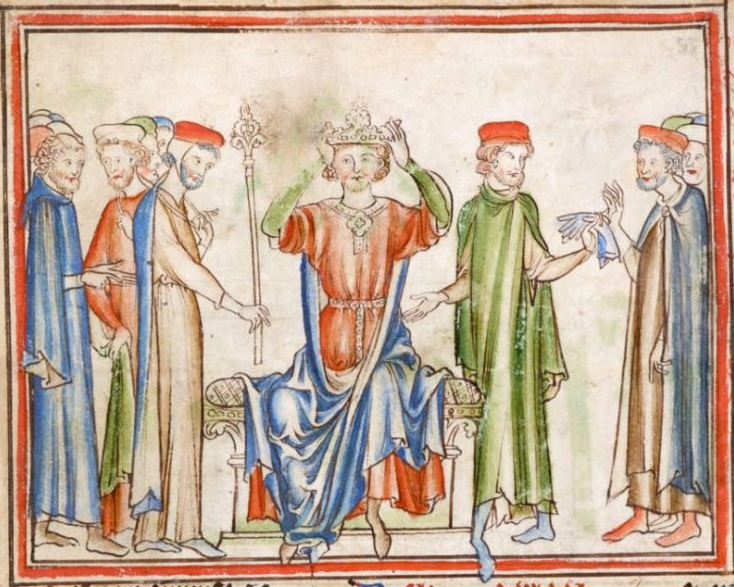 On December 3, 1775, Lieutenant (soon to be swashbuckling captain) John Paul Jones of what was to become the United States Navy raised the flag on the fledgling country’s first warship, the Alfred. It was named the Alfred as a poke-in-the-eye to the Royal Navy, which counted the Wessex king (and sometime naval architect) Alfred the Great as its legendary founder. If King George III could trace his ancestry back to Alfred, so too could the rebellious colonists lay claim to Alfred as the father of the common law.

Vanquisher of the Vikings, translator of the Church Doctors, sponsor of the Anglo-Saxon Chronicle, champion of public education, and the only English monarch acclaimed as “the Great”, it seems there was nothing that this “most perfect character in all history” could not do—and no noble cause for which he could not serve as an inspiration. If Arthur was the poetic model of medieval kingship, Alfred was the real deal.

Daniel Anlezark’s nifty little guide to Alfred the Great (849–99; reigned 871–99) opens, of course, with the story of how he burned the cakes. As many Quadrant readers will remember (but few of their grandchildren will have learned), at the lowest point of his reign, when he had all but lost his kingdom to a surprise Christmas invasion by the Great Viking Army in 877-78, Alfred was lying low on the Isle of Athelney in the cottage of an old woman, who had tasked him with watching the cakes baking in the oven while she went about her chores. Except that the cakes in the oven were actually loaves on a fire, the old woman was a young wife, and the incident almost certainly never happened. No matter: Alfred was so preoccupied with regaining his kingdom that he burned the cakes, he was so humble that he accepted the old woman’s rebuke with equanimity, and his people loved him so much that they flocked to his side and swept him to victory over the heathen Vikings. The Viking king Guthrum converted to Christianity, accepted Alfred as his godfather, and promised never to bother the English again.

Written in a tone that might best be described as “affectionately sceptical”, Anlezark’s Alfred the Great covers the main points of the Alfred legend, the documented historical exploits of Alfred the warrior, and the remarkable (if often exaggerated) career of Alfred the translator of Latin texts, all in 100 pages. Skipping lightly over the half-century of Alfred’s life and the eleven centuries of his afterlife, Alfred the Great is the perfect book for people who learned about Alfred in school but can’t quite remember what was so Great about him. Those with grandkids who have attended school recently (and thus have never heard of Alfred) can tell them that Alfred was the real-life winner of the Sega video game Total War: Thrones of Britannia—and offer to bake them cupcakes if they read the book.

Salvatore Babones is an associate professor at the University of Sydney and a frequent contributor to Quadrant.

5 thoughts on “Let Them Eat Cakes”

A Nation of Real People