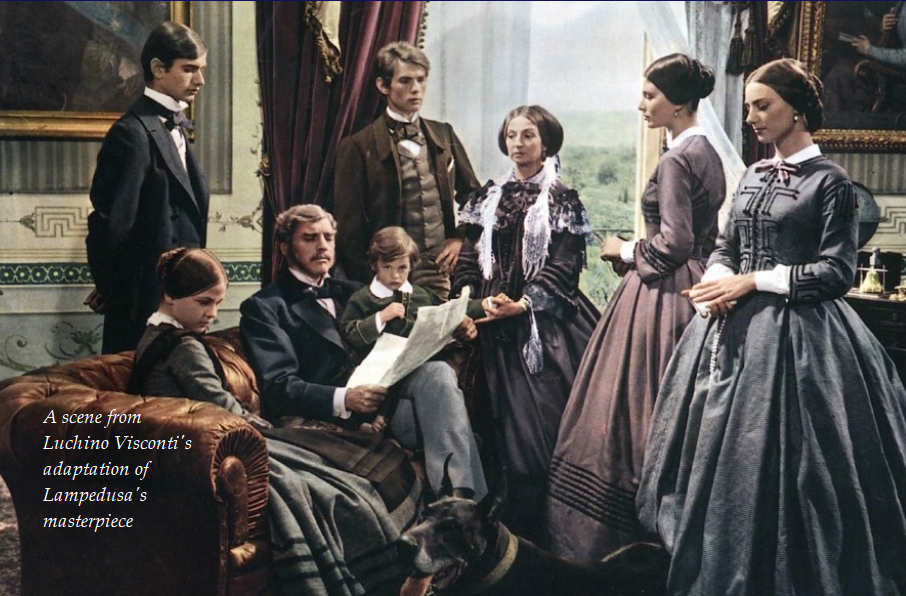 A review of a novel about the writing of a novel may seem too derivative—but when the novel being novelised is Giuseppe Tomasi di Lampedusa’s mordant 1958 masterpiece The Leopard much could, and should, be forgiven.

Luckily, nothing needs to be forgiven in Steven Price’s utterly convincing evocation of the brilliantly cultured and ironically introspective Sicilian prince who wrote so unforgettably about Sicily, and by extension all Europe, during the Risorgimento—when aristocratic, Catholic and pastoral tradition met middle-class, nationalist and technological modernity, and proved tragicomically unequal to the challenge. Although set in the 1860s, and written in the almost equally remote 1950s, it is essentially timeless, dealing with perennial dilemmas—age versus youth, retrospection versus progressivism, quality versus equality, individuals versus masses.

The Leopard concerns the fictionalised existence of Lampedusa’s great-grandfather, the last family member to enjoy some income and princely prestige—a reflective and complex man, who blended sensuous realism, politico-religious scepticism and nostalgic romanticism with a systematic interest in astronomy. He probes deep space from his terrace, and sees prophetic comets—but closer at hand the exhausted, sun-punished scenery of Sicily, which so many had conquered, but none had changed.

When Garibaldi’s thousand Redshirts land at Marsala, to forge an Italian nation out of Metternich’s “geographical expression”, Don Fabrizio sees they too are overblown, and will soon run out of steam. But as the story unfolds, he confronts his own physical dissolution, and the increasing irrelevance of his “uselessly wise” class. Elites from now on will be bourgeois, he foresees, and by expanding too wide will be emptied of meaning. He fears his generation may be the last to have “unusual memories”.

The Leopard, E.M. Forster observed, is one of “the great lonely books”. If the prestigious protagonist felt lonely, then how much more isolated his real-life grandson, diminished representative of a discredited class, heir to almost worthless estates. His redolent title derived from the desolate island of Lampedusa south of Sicily, which more cat-like Tomasi ancestors (their heraldic device was a leopard) had pounced on in the seventeenth century. The island hit the headlines in 2015 as a staging point for illegal migrants seeking entry to Europe—but it had long before been a limbo, avoided by ancient navigators as an abode of monsters, infertile and blasted by desert dust, an outpost of Sicily, which was itself regarded by mainlanders as a comical and shambolic outpost. The author would never even visit.

His eighteenth- and nineteenth-century ancestors sometimes seemed not to take their sublunary responsibilities seriously, almost becoming extinct several times by dedicating themselves to celibate and visionary religion. By the 1950s, the nominal overlord of this Ruritanian rock was constrained to live in Palermo, a city he disliked, in a crumbling palazzo, childless, knowing he was dying of emphysema.

He was appreciative of aspects of modernity—Joyce and Pirandello, London clubs, fine food, his cultivated cousins the Piccolos, and some among the young (especially Giaocchini Lanza di Tomasi, the son of family friends, whom eventually he adopted). But he had been alert to decline from the age of three and a half, when his father rushed in to announce the assassination of King Umberto I. Still a child, he was kissed by the ancient and aquiline ex-Empress Eugénie of France, and saw his beloved mother become distracted under terrible tragedies—the 1908 Messina earthquake, in which one of her cherished sisters died, and the murder of another. Wastrel predecessors and family disputes had ensured that the hereditary properties were ruinous, scattered and unremunerative; even had any heir wanted to reverse the rot, there would not have been the money. He fought on the bitter Alpine front during the First World War, was captured and escaped, and for the rest of his life was haunted by the horrors he had seen.

The 1920s, 1930s and 1940s gave plentiful demonstrations of this new-fangled democracy’s shortcomings, and food for lugubrious thought. The Casa di Lampedusa in Palermo, his adored childhood home—“all my other homes … have merely been roofs”, he wrote in Places of My Infancy—was destroyed by an American bomb in 1943, and his half-mad mother continued to live in the wreckage until her death, having “outlived her own existence”. Lampedusa saw human history partly through a prism of places; Steven Price describes him as seeing time as “a cascade of rooms, opening out like the drawing rooms of his childhood, a succession of shafts of light and dust and quiet”.

In the same month that his home was destroyed, his formidable Latvian psychologist wife’s ancestral estate was overrun by Soviet soldiers, and she left there, never to return—collateral damage of a century’s campaign against all old accommodations and understandings. By 1945, the author was rather like a great house himself, Price feels, “rubbled by history, an embarrassing reminder, best boarded up and walked past”.

The callousness of history, its wastefulness, and the terrifying insouciance with which beautiful things could be destroyed eventually impelled Lampedusa to make his own small stand against the age. Through Price’s alchemy we can see him, writing in cafes, or in night’s “late and furious hour”, a shy, short, fattish man, fuelled by cigarettes and pastries—and an urgent need to honour what everyone else was writing off. The emphysema filling up his lungs was simultaneously freeing his fingers and imagination. It is melancholy to recall that he received a rejection letter a few days before he died—but then he had a low opinion of that period’s cultural censors, and although he aspired to acknowledgment would not have relished fame.

Those who love The Leopard are certain to admire the empathy, exactitude and imaginative verve with which Price recomposes Lampedusa’s likely emotions as he approached his apotheosis, and the end of his chapter. Those coming fresh to the original will find Price’s book a captivating complement. It makes a scintillating addition to the select corpus of Leopardiana—and an aid to comprehending the civilisation whose ruins rise so reproachfully around.

Derek Turner is the author of the novels Sea Changes, A Modern Journey and Displacement, and a reviewer for the Spectator, Country Life, Chronicles and many other journals. His website is www.derek-turner.com