The Tyranny of Virtue 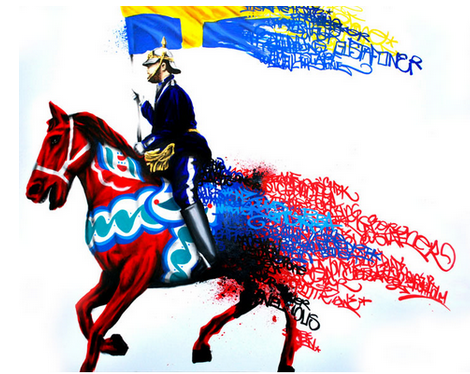 Whether it’s Bernie Sanders lauding the Swedish welfare state or Donald Trump demanding the release of an American rapper from a Swedish jail, Americans are fascinated by the Scandinavian home of dancing queens and flat-pack furniture, where sexual liberation seems to have been sublimated into a Freudian fixation on political correctness.

In PC Worlds the American anthropologist Jonathan Friedman, who is married to a Swede and formerly taught in Sweden, offers a rare tour of the “opinion corridors” of the Swedish intellectual elite in this morally compelling but unevenly written indictment of political correctness. Sweden, it turns out, is obsessed with proving its politically correct anti-racism, even to the point of unravelling its once close-knit cities in the cause of multicultural accommodation and closing its eyes to serious crimes ranging from car burning to gang rape, as long as they happen to have been committed by recent immigrants. In Friedman’s telling, Swedish intellectuals are so fixated on demonstrating their anti-racist credentials that perhaps the only plausible explanation is that they are trying to make up for their own deeply held, but publicly inadmissible, racist leanings. In short, he thinks they doth protest too much.

Some of what Friedman criticises as political correctness might pass these days for simple good manners: whatever your politics, blasphemy cartoons and ethnic put-downs are not very nice, even if liberals rightly abhor their prohibition. But today’s Sweden shows how much can go wrong when political correctness is taken too seriously by those who charge themselves with enforcing it. Friedman reports incidents in which self-appointed anti-racist vigilantes make “house calls” on those who have the temerity to contradict the PC party line, vandalising their homes and terrorising their families. Less frightening but potentially more damaging, universities and newspapers have been pressured—sometimes successfully—to dismiss students and fire employees who make factually correct statements about ethnicity, immigration and crime that contradict officially-ordained PC myths.

Friedman links political correctness to “associationist” reasoning: Adolf Hitler was a vegetarian, and Paul McCartney is a vegetarian, therefore people who listen to the Beatles must be neo-Nazis. In Sweden, associationist reasoning has been taken to such an extreme that petitioners have been condemned in the press when actual neo-Nazis have signed their online petitions. The logical next step would be for stock exchanges to de-list companies where neo-Nazis invest their super funds. Friedman likens the associationism of the Swedish elite to the belief in witchcraft of many of Sweden’s recent immigrants. Both assign a kind of magical power to the stigma of surface resemblances. In Friedman’s view, the modern, rational mind that once dispelled the superstitions of voodoo and witchcraft is breaking down into an irrational, postmodern mind that embraces their return.

Witchcraft plays a special role in PC Worlds because Friedman’s wife and fellow anthropologist, Kajsa Ekholm Friedman, not only studies witchcraft, but became embroiled in Sweden’s PC politics by testifying on the topic in a high-profile court case. In a gruesome case of child murder, a recent African immigrant to Sweden attacked his foster children in the belief that they had jinxed his life and career in his adopted country. At sentencing, Ekholm Friedman gave exculpatory testimony, explaining that the murderer’s genuine belief in witchcraft was deeply rooted in his native Congolese culture. Her intervention prompted accusations of—that’s right—racism, despite the fact that her testimony was given to benefit the Afro-Swedish murderer. Her critics claimed that a supposed anti-immigrant racist like her, who associated African immigrants with a belief in witchcraft, should not have been allowed to testify in favour of the accused African immigrant.

Friedman’s insights are fascinating, but frustratingly, the book’s faults more than make up for its strengths. Warning signs flash right from the subtitle, which shoots for end-of-history theoretical grandeur instead of just saying what the book really is: a peek behind the normally closed curtains of Swedish intellectual life. Friedman half-heartedly attempts to embed his stories inside a broad theory of hegemonic decline, buying into the Marxian trope that “the West” has been in crisis since 1968 and explaining political correctness as an elite attempt to repress the national working class. Worse, most of the book seems to have been written before 2005, and not updated for publication in 2019: the book names Ken Livingstone as the mayor of London; and in a 2019 book on Swedish political correctness, Greta Thunberg doesn’t even rate a cameo.

Thus PC Worlds is interesting, but ultimately disappointing. Had it been thoroughly updated and expertly edited, it could have made an important contribution to contemporary debates. Instead, much of it reads as Friedman’s attempt to settle old scores. It seems likely that those old scores really were worth settling. But that alone doesn’t make the book worth reading, and there’s not enough that’s genuinely novel in PC Worlds to make up for the author’s self-indulgence in settling them. A lost opportunity.

Salvatore Babones is an associate professor at the University of Sydney and the author of The New Authoritarianism: Trump, Populism, and the Tyranny of Experts

The All-Rounder and the Leg-Spinner