The Life and Death of the American Song Book 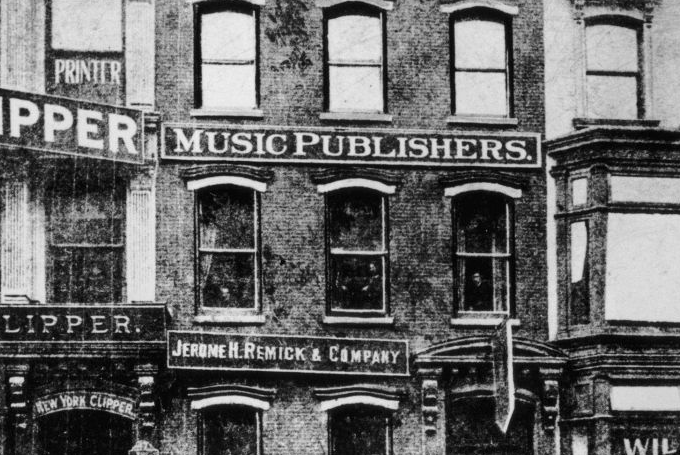 Between about 1920 and 1960, American composers transformed the nature of popular music through an unparalleled array of songs which became known throughout the world, publicised by sheet music, musicals, radio, films and by the big bands of the era. Hallmarked by melodies and lyrics which could be sung and were memorable, this world of popular music has become known as “The Great American Song Book”, and was quite unlike the popular music which preceded it or the rock-and-roll which replaced it. It was peculiarly American, and in many respects was the earliest product of American popular culture to become internationally known. Above all, the best of these songs were unforgettable and beautifully written and crafted, and their most famous composers were seemingly able to churn out hit songs at will. “The Great American Song Book” lasted for only forty years or so, and then largely disappeared. It is well worth considering its place in popular culture. 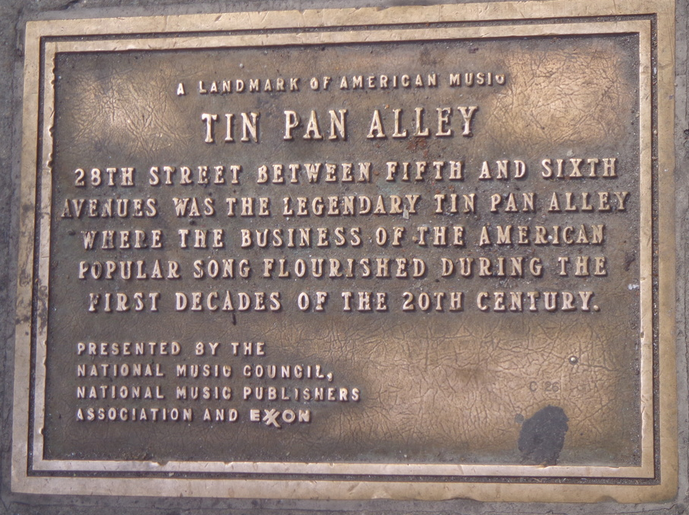 This music emerged from New York, the popular-music capital of the world, and specifically from the sheet music and piano roll publishers centred on West 28th Street in midtown Manhattan, known then and since as “Tin Pan Alley”. Most of those in the industry were immigrant Jews, whose livelihood depended on finding something new and popular. Although there were some well-known popular songs written earlier, the First World War, which shattered so many Victorian conventions, and also turned the United States into the world’s leading superpower, was the primary trigger for a new form of popular music. Almost overnight, many dozens, perhaps hundreds, of talented popular composers appeared, whose output became nationally and internationally known on 78 rpm records, and was played as the background music to silent films, by dance bands and popular orchestras, and above all on radio stations, which began to broadcast in the early 1920s.

Possibly because most of the sheet music publishers on “Tin Pan Alley” were Jews, usually recent Jewish immigrants from Europe, and the industry was situated in New York, with its vast Jewish population, around half of the most famous popular composers of this era were Jews, generally also from recent immigrant backgrounds. These included the best-known and most prolific of songwriters, George Gershwin, Irving Berlin, Richard Rodgers, Jerome Kern and Harold Arlen.

Probably the most significant was George Gershwin, who, apart from more serious works like Rhapsody in Blue, composed dozens of the best-known of these songs (such as “Fascinating Rhythm”, “Somebody Loves Me” and “They Can’t Take That Away from Me”), often with his brother Ira writing the lyrics, for Broadway musicals and later for films. Gershwin’s death from a brain tumour in 1937 at the age of only thirty-eight was a genuine tragedy.

Irving Berlin (who, in contrast to Gershwin, died at the age of 101 in 1989) was born in Russia and went to New York aged five. Like Gershwin, he wrote an incredible number of standard hits (“Always”, “There’s No Business Like Show Business”, “White Christmas”). His first great hit, “Alexander’s Ragtime Band”, written in 1911, was probably the earliest example of an American popular standard to sweep the world. It was played by the band on board the Titanic, and was recorded in 1916 by a Tsarist military band. Jerome Kern (1885–1945) also composed literally dozens of memorable songs, including “Old Man River” (often thought of as a folk song), “Smoke Gets in Your Eyes”, “Long Ago and Far Away” and “Who?” 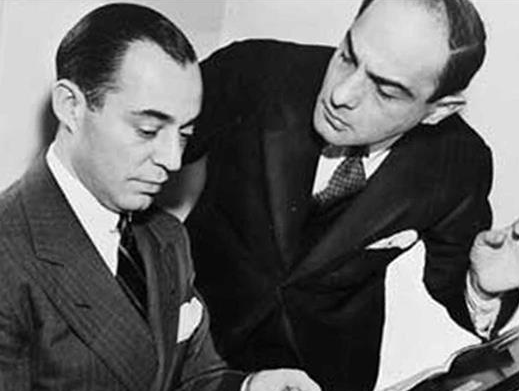 Richard Rodgers (1902–79) was probably the greatest composer of Broadway musicals, working first with lyricist Lorenz Hart and then with Oscar Hammerstein. The songs he wrote with Hart (who died in 1943), such as “My Funny Valentine”, “Where or When” and “Blue Moon”, were often cynical and bittersweet; in complete contrast, the songs he wrote later with Hammerstein were marked by their ingenuous sincerity and uplift, in such musicals as Oklahoma!, South Pacific and The Sound of Music. Harold Arlen (1905–86) also wrote in a remarkable variety of genres, from jazz torch songs such as “Blues in the Night” to the music he wrote for The Wizard of Oz, such as “Over the Rainbow”. These five composers were only the tip of a vast iceberg of New York Jewish popular musical talent at that time and place.

In contrast, the great non-Jewish popular composers of the period came from a remarkable range of backgrounds. For instance, the man whom many would regard as the greatest of all, Cole Porter (1891–1964) was not born to immigrant poverty, but was the grandson of the industrialist James Cole, the richest man in Indiana, attended elite Yale University, and lived in luxury in Paris. Well known to be gay, Porter attempted to disguise his homosexuality by a marriage of convenience with an older woman. From 1928 until the mid-1950s, Porter produced an endless list of hit songs—“Night and Day”, “Begin the Beguine”, “From This Moment On”, “It’s All Right with Me” and many others. Several of his songs, such as “Love for Sale”, were remarkably risqué for the period, and were banned from radio. More similar in background to the Jewish composers was Harry Warren (né Salvatore Guaragna, 1893–1981), an Italian from Brooklyn, New York, who received remarkably little personal publicity for the dozens of hits he wrote, mainly for films, such as “I Only 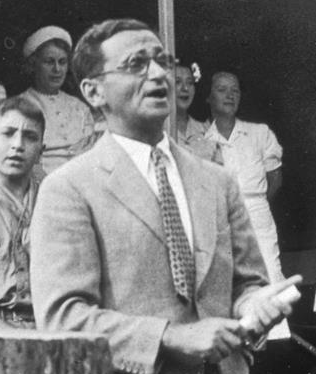 Have Eyes for You”, “Chattanooga Choo Choo” and “The More I See You”. Vincent Youmans (1898–1946) also composed an extraordinary string of hits, including the great “Tea for Two” and “Without a Song”. Hoagy Carmichael (1899–1981), like Porter from Indiana, wrote such famous works as “Stardust”, “The Nearness of You” and “Skylark”, often with the lyricist Johnny Mercer (1909–76).

These songwriters were nothing if not versatile. The Brooklyn-born J. Fred Coots (1897–1985)—in those days Brooklyn had more musical talent than Vienna—wrote the standard love song “For All We Know”, the jazz torch song “You Go to My Head” and also “Santa Claus is Coming to Town”. There were also notable black composers, brought into the mainstream for perhaps the first time, such as Duke Ellington (1899–1974), composer of “Sophisticated Lady” and “In a Sentimental Mood”; Latin-American composers whose music appealed to Americans, such as the Mexican Alberto Dominguez (1911–75), who wrote “Frenesi” and “Perfidia”; and women composers like Ann Ronell (1905–93; “Willow Weep for Me”) and Dorothy Fields (1904–74), the lyricist who wrote the words for over 400 popular songs, such as “A Fine Romance”.

This astonishing array of American popular musical talent had surprisingly little resonance elsewhere. Indeed, with the possible exception of some Latino composers, it is difficult to think of a single songwriter of note in this period working solely in another country. One notable English songwriter, the band leader Ray Noble (1903–78), the composer of “The Very Thought of You” and “Love Is the Sweetest Thing”, moved to America in 1934 and remained for the rest of his career. While Britain at that time had many popular composers, they generally worked in the tradition of light classical music rather than popular hit songs. Similarly, it is difficult to think of a notable Australian composer of popular music in this period. The Sydney-born Arthur Benjamin (1893–1960), composer of “Jamaican Rumba”, owed more to British than to American popular music. 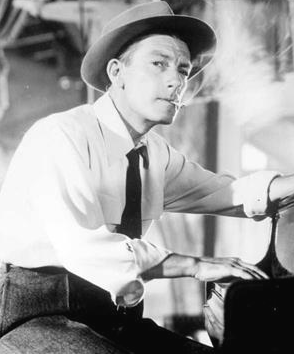 The central question about “The Great American Song Book” is, of course, why, despite its enormous appeal, it died out so comprehensively and thoroughly in the late 1950s. The obvious answer was the rise of rock-and-roll, which came on the scene from around 1954. It swept all before it when Elvis Presley became popular; his first number-one single, “Heartbreak Hotel”, was released in January 1956. Rock-and-roll was aimed exclusively at teenagers, just emerging as a separate and recognised demographic, and broke new boundaries in terms of race mixing and implied sexuality. Each generation of rock musicians succeeded the previous one in its remoteness from melody and what might be termed singability, in its volume of noise, and in its faux-revolt (except where their pay cheque was concerned). George Bernard Shaw said that martyrdom was the only known human activity in which one could become world famous without talent, but rock music has surely become the second.

The irresistible rise of rock music in its many guises also coincided with the obvious decline of “The Great American Song Book” and its composers. If new songwriters came on the scene at all after the Irving Berlins and Cole Porters, they were few and far between, and lacking in the ability of their predecessors. There were some exceptions in the late 1950s, in such Broadway musicals as Lerner and Loewe’s My Fair Lady (1956) and Leonard Bernstein’s West Side Story (1957), but this long-term decline was apparent in even the best-known musicals of the 1960s such as Hello, Dolly! (1964) and Man of La Mancha (1965), however popular they proved to be. Song writing in the traditional sense had become a lost art.

Today, an interest in “The Great American Song Book” and its extraordinary output is kept alive, in limited circles, by special-interest radio stations and a circle of enthusiasts, and, in Australia, by ABC Jazz Radio, whose repertoire consists significantly of American standards of that period played by jazz musicians. Such neglect is a great pity, since millions of people would surely enjoy this immensely creative and memorable stream of popular music, which should not be allowed to disappear without trace.

William D. Rubinstein has held chairs of history at Deakin University and at the University of Wales. He lives in Melbourne

The Meaning of Elvis