The Next Great Hashtag: #OnlyME 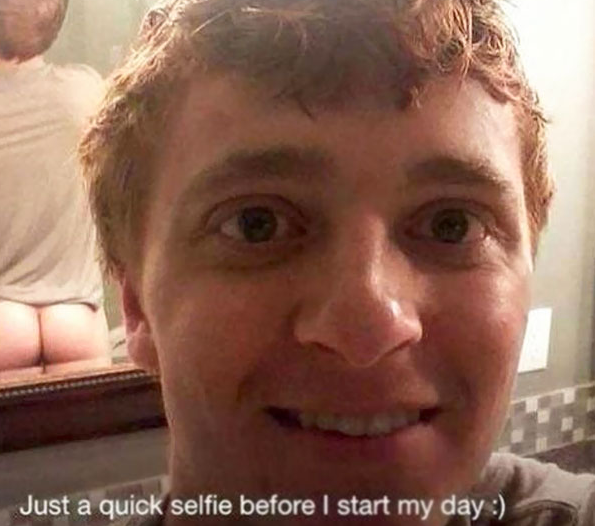 Once upon a time love and romance were in the air. Modesty was still a virtue. There were chivalry and privacy too. Multiplication was the name of the game. It was the Age of #OnlyYOU.

Without fail, the male worshipped the female. Because of the mystique of her physique, he was in a perpetual daze. The female, as a rule, was no fool. She put aside her reservation, acted in the interest of species preservation and generally managed to contrive a consummation.

Many waited years just to hold a hand. To sublimate libido, a few joined a monastery, took up the flute or lute. Others rode horses or joined the forces and went off to give a foreign foe the big heave-ho.

Some risked life and limb to catch a glimpse of her on the way to church or a fair. They fought off dragons and crooks in covered wagons just to get there and stand and stare.

Songs written praising her face or form were the norm. You could toss in misty moonlight or flickering firelight, but it had to be delectable to be acceptable. She had to be on tropic sea-sand in a faraway land and very close to her man.

Admirers knew the rules too. They did not take advantage of damsels in distress. Any kind of funny business was beyond the pale even after imbibing ale, at least before the onset of the net. It was, however, the fallout from Bikini Atoll that blew everything away and brought us to where we are today.

But to return to my theme, it was a time of style and grace. No one called their partners—past or present—“horse face”, or sprayed them with mace. There were no divorces or drownings in the bath. Few strayed from the path. Whatever poisonings occurred were clearly accidental, or a consequence of something mental.

That said, let’s cut to the chase. It’s true that folk who let it all hang out generally got a clout. They had their ears boxed for a first offence. Multiple transgressors, even professors, were put in stocks or worse. Some were hexed with a curse, or had the offending organ removed and put on display before the owner could say “Hey!”

The time of witches seemed to be over. As for spells that persisted, they depended on the weather, or what one wore in the heather. If devils in disguise still lurked in a family home they were mainly streetwise and seldom seen, except at Halloween. So there was still a role for the odd vampire slayer to ply her trade, if she was feisty and unafraid.

Then the big bands came and nothing was quite the same. There was warmth between the sexes for a while too. A Chica chica boom chick could still sing—“I, yi, yi, yi, think I fall for you, si, si, si!”—without ending up in court for pushing the propaganda of Carmen Miranda.

Almost overnight, alas, this idyllic state of affairs came to an end. Despite lots of twist and shout, things just didn’t work out. Some attributed its demise to a talking snake, but that’s more than I can take. Others blamed it on the bossa nova, or a tambourine man with a wandering hand. More than a few wagged their fingers too at unhygienic anthropogenic acts involving drugs, sex and rock-and-roll. Hardly a surprise, they said, psychosis is on the rise.

So dawned the Age of #AquariUS. Masticating magic mushrooms in a forest was often done. Some even bought electric kool-aid acid from a wolf. Poof! Now full of mirth, they followed a white rabbit deep into the earth. Having no mobile phones or GPS, however, they were soon lost in each other’s erogenous zones. And the rest is his or her story.

It took time, but eventually the rot set in there too. With all the epidermal exposure, women naturally turned their attention to female tissue. They concluded that fat was a feminist issue, virtually en masse and to great applause. They had found a cause. It was a humble beginning, but they knew they were winning and so carried on.

The scope of gender studies just grew and grew to the size of, if not a multinational corporation, then a similar sacred body that promised salvation; whose articles of association had a mandatory clause protecting virginity from toxic masculinity, brazen paws and other creepy stuff.

Too often men in power had taken advantage of the hour without asking first, and now the dam had burst. Turning liberty into licence was a joke for such folk. Yet there are simply no excuses for trying to share one’s juices at Not-OK Corral. Staging a bathrobe ambush in a hotel suite is hardly an honourable feat either, nor is bragging about shagging ex post facto.

Seduction is a subtler thing, even for a king. It takes two to tango or fandango. If you can’t dance, go off to France or Buenos Aires and enhance your skills in that department. Unwelcome advances won’t increase your chances. Regrettably, there are still too many who feel intercourse is a matter of force; despite laws designed to protect the female from a rogue male or drunken lout on a night out.

That’s why one day, quite suddenly, the world found itself smack bang in the Age of #MeToo. After years of growing innuendo and more and more flesh on show, something had to give, or go. It was only fitting, therefore, that starlets with bralettes led the charge. Affirmative action had gained a lot of traction.

The pendulum, inevitably, soon swung back the other way. No one today has a clue what to say, it’s true. But at least there’s no more kissing without permission, or indeed anything at all without written consent, especially at a ball.

It’s no longer all right, either in Snow White or, as some found, in a gender-neutral playground. Better, surely, to shuffle off the mortal coil than deal with loose lips, even if they’d launched a thousand ships or belong to a number who could end your slumber. As for Cinderella, don’t make me cry: no more waiting for Mr Right to come along and turn your life into a song. That’s all pie in the sky.

As for school, kids are now taught autonomy, not maths and trigonometry. Those who think personal boundaries are something to do with real estate are immediately shown the gate. Dating violence prevention is another modern invention. Some who felt all this was semantic overkill designed by some dill often ended up tearing their hair out—if hair they had—or swallowing a pill.

It is, however, the proliferation of legal eagles and other birds of prey into every nook and cranny—from before the cradle to beyond the grave—that confirms a new era has begun: the Age of #OnlyME.

When a chap can get into strife for giving the world twelve rules for life, something’s not quite right. No surprise. Everyone’s aghast because surely the other ten are just relics from the past. Love thy neighbour, for example, is out of favour. And what’s wrong with coveting his or her ass?

Even two’s one too many too, if you ask me. But what would a mansplainer know about the price of eggs in China and votes in Carolina; or cost of stew in Timbuktu and cold turkey in Istanbul?

Anyway, when the sun finally sets on love, we’ll end up with only one: either watch your face, ace or get out of my safe space. So cool, don’t you think? Appealing and revealing too. Giving guys a serve is just what they deserve. Why be prim and proper? There’s plenty of other ways these days to make them come a cropper.

As for give and take, to hell with that; it’s old hat. What matters now is whining and dining. They go together like a horse and carriage. Forget about marriage. To get ahead, sister, you must clench your fist and shout: “Saint Valentine is dead!”

What a mess. A million years of harassment and oppression were bound to leave an impression. Perhaps that’s why someone sent this tweet the other week, presumably for a lark:

Who can be satisfied
Putting someone else first,
So that you come off worst?
My life is for ME:
As well defy gravity.

All is not lost. A girl can still hug a prince and shed a tear without a cost and win the kind of smile that makes life worthwhile. Just ensure he’s charming and not into harming. Steer clear of those in long flowing robes whose favourite occupation is bone-saw decapitation.

Michael Kile is the author of  Waiting for Prudence.

The Evolution of Love and Suicide

The Diminishing Difference Between Sin and Crime