Our Flight into Egypt 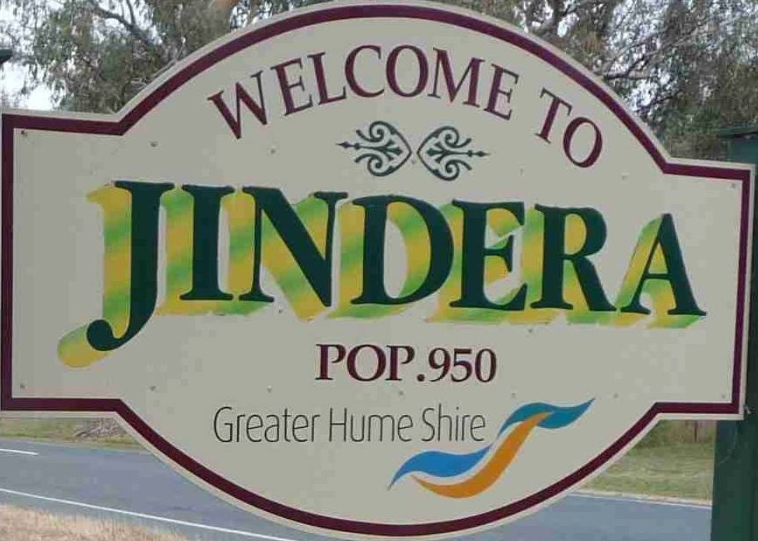 Our own journey, for the duration of the last year, has resembled our own “flight into Egypt” to preserve the life, innocence and faith of our children. Three hundred and thirty-three kilometres is how far we’ve travelled, in seeking to safeguard them from the ubiquitous Herods and heresies of our age: fleeing the state of Victoria for the sanity and serenity of a rural town on the outskirts of Albury, across the border in New South Wales. We left, because we know without doubt that Herod seeks to destroy not only the Christ child, but all of our children in the madness of every moronic pursuit of a post-Christian, post-family, post-gender, post-logic utopia. Hence, I invite all who have ears to hear, to find a safe haven for all that remains true, good and beautiful in our lives, before our children become the broken playthings of the social demagogues and elites who are bending our institutions to their disastrous whims.

The first signs were there, months ago, but perhaps the most telling was the day they were handing out the rainbow badges in our morning staff briefing. In the north-western suburbs of Melbourne, much like many other secondary schools in Victoria, we had a day to “celebrate and support our LGBTQI friends”, and the badge was our way of lending that support. I smiled, nodded, and passed the basket to the fellow educator beside me, without taking one. Whilst I always treat all whom I encounter with every respect and kindness, the badge carried too much political baggage, the demented political zeitgeist of our age, seeking the deconstruction of gender, marriage and family in an illusory pursuit of progress and equality. I was one of those oddities, in the public education system, who believed that biological differences between the sexes contributed to some significant discrepancies between traditional and same-sex marriage, with enormous implications for children, families and the stability of communities and societies, no less. If there was enough to distinguish gay, lesbian, bisexual and the rest from one another, leading to our respectful inclusion of all such terms in the respectful initialising of our enlightened age, surely there was enough to distinguish the complementary and exclusive union of a man and woman from two men, or two women, warranting the conservation of the term “marriage” to an institution that had served us for millennia.

Same-sex couples may deserve every freedom and stability that can be afforded them, but I felt it disingenuous (and an act of incredible hubris) to use political means to redefine a social and religious institution that was clearly, logically founded on the complementarity of the sexes, and the fundamental importance of continuity and stability in the family structure in the protection of women and well­being of children. And I did, yes, see the redefinition of marriage as the redefinition of the family. If the presence and contribution of a husband or wife was irrelevant to the institution of marriage, it would be theoretically irrelevant to the constitution of a family—which many will argue is the logical view to hold in the light of recent legislative change. To each their own. I still believe that the fundamental need for a mother and father to create life speaks to a critical importance that both hold in the life of a child—a presence and contribution that is different, yet complementary—a reality that remains unchanged, even if your bleeding heart sees fit to commodify the most vulnerable among us and strip a child of their home, lineage, culture and community to fulfil the maternal or paternal yearnings of a family that is fatherless, or motherless, by very design and definition. Herod seeks the life of the child.

I returned to my desk after home group to discover that some observant colleague had kindly left a badge on my desk, just in case I had mistakenly missed the part of my job description that mandated my promotion of every sexual inclination under the sun. But I was fairly certain that the role of English teacher was a little more concerned with the literacy and literary engagement of my pupils, rather than the cultural and political machinations of the likes of Roz Ward, Minus 18 and their ilk. My mandate was more focused on literature than the latter-stage end-game of the sexual revolution. Furthermore, my Catholicism encouraged me to reject the simplistic, reductionist approach to human sexuality that tightly determines and defines an individual by their sexual inclinations. We tend to approach people a little more holistically than adherents to the alphabet soup, identity politics rubric. I threw the badge into my top drawer for safe keeping and wished my benefactor was more open to dialogue than anonymous derision.

At the end of the year, like most state secondary schools, we ran an alternative program that focused more on staying sane than trying to teach much of anything. I was roped into a “wellbeing” session that endeavoured to provide students with the resources that could help weather the storm of an adolescent turbulence that the rest of us made it through without Wi-Fi and safe spaces. Harmless enough, one may imagine, but remember, Herod seeks the life of the child. Whilst the Year 7 students poked around the Kids Help Line site, I took a quick look at a second link that I hadn’t recognised: freedom.org.au. I had about two minutes to determine whether or not I was being paranoid, but it turns out that the site helping kids “make informed choices about sexuality, sex, gender and your general health” included “the cost of being trans”. These costs included, as I’d never really considered, “synthetic penises” and strap-on “pee packs” that allowed pre-op trans men to urinate standing up. I decided to leave that one out of the lesson too.

More recently, I sat through our first training session on the “Respectful Relationships” program, which endeavours to curb domestic violence by combating—family breakdown and divorce? Drug and alcohol abuse? The vulnerability of single mothers? Mental illness? Of course not. The critical contributor was gender norms. We sat through facetious juxtapositions of Lego City and Lego Friends advertisements, my colleagues politely tutting and shaking their heads at the apparent injustice of the Lego Piece Count Gap between those pitched at boys and those pitched at girls. We were all asked to shake our heads at obscenely caricatured case studies of “toxic masculinity”, demonstrating how we’d all been cultivating an epidemic of domestic violence by responding to the creative and constructive inclinations of our boys, who should of course be playing more with dolls and weeping publicly about the decimation of kombucha reserves in Africa, or something.

I wondered if instilling values of fidelity, sacrifice and personal virtue in my five sons was contributing to their eventual decline into violent, misogynistic, domestic tyrants, but I set it aside to ask one question: Does the program hold the view that gender is a social construct? The presenter didn’t even blink when she answered: “Gender is 100 per cent a social construct.” No response or reaction from the rest of the staff was required, luckily, as nobody seemed to care.

The problem in Victorian schools isn’t so much the highly politicised handful leading the charge, like the example who was publicly chastised for avowing that her job was to “ensure that the next generation of voters in [her] classroom don’t vote Liberal”. The problem lies more so with the benevolent, malleable majority of teachers who assume that the state, its schools and the wider popular culture capably supplant parents and families as arbiters of the most complex moral questions of our age.

When it came to selecting a school for our own children, we’d managed to avoid the issue for some years, having homeschooled until our eldest was eleven, but a growing yearning for community, fraternity and daily contact with sound friends for our children seemed increasingly difficult, even with a wonderful network of like-minded, homeschooling Catholic friends that we’d grown close to. The problem was, while there were so many families who’d decided to take up the vocation of being the “primary educators of their children”, we were far too scattered across Melbourne to make daily connection and support a meaningful aspect of our lives.

Most Catholic schools themselves offered no viable option, serving as compromised, affordable alternatives to private institutions for families who hadn’t seen the inside of a church since they’d baptised their kids. We’d left the local parish itself to engage with others much further away, some years ago, due to liturgical and theological issues that had no hope of resolution in the guidance of its current pastor. He was a well-intentioned, genial modernist, with a great love of Protestant philosophers and theologians, refugees, abstract modern artwork adorning the walls and his vestments (in case 2000 years of Christian artwork had failed to communicate something of the divine that could be made more apparent in geometric abstractions), and an apparent fugue state when it came to Catholic saints, feasts and doctrine. Schools led by such men didn’t quite pass the acid test.

Hence, our options were incredibly limited, but our discovery of a fully independent Catholic school, beholden to no other interest or agenda than the families that had built it from the ground up, seemed an opportunity too good to refuse. The school, like its constituent families, is as concerned with the moral and spiritual formation of its students as their academic outcomes, without the requisite obsessions with technology, sex and gender that are the hallmark of most modern Australian schools. Catering from Prep to Year 12, the school still has under 200 students, and we know that those who’ve chosen it are endeavouring to live out their faith in every aspect of their lives. The families we see at school are the families we see at mass, every Sunday, and our priests are devout, honourable men faithful to the authority, tradition and the magisterium, rather than the fickle obsessions of modernity and relevance.

The town, Jindera, is a wonderfully serene community, drawing families from all over the country to join the school, the parish and the community of faith. We traded up our small suburban block for a five-acre expanse on which we’re building our dream home, without adding a single dollar to our mortgage. Above all else, the mutual support, fellowship, stability and sanity of the community united against the futile obsessions of social justice warriors, technophiles and the pageantry of outrage is nothing short of an anodyne after trying to raise a family in Melbourne. I invite all who see the writing on the wall to seek peace, life and sanity in the pockets where you can find it—before you live, or die, to regret what the world makes of your children.

5 thoughts on “Our Flight into Egypt”

On Duty with the Shanghai Volunteer Police Force, 1937