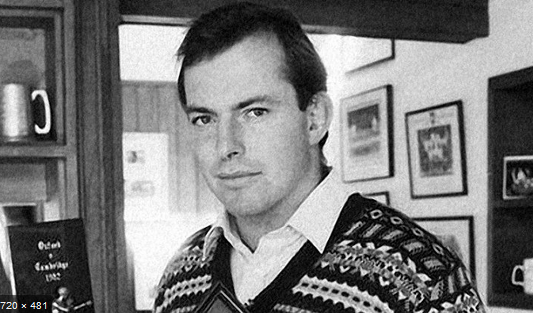 Decades before Tony Abbott, as our twenty-eighth prime minister, was challenging the zeitgeist by scrapping the carbon tax, stopping the boats and knighting Prince Philip, he’d been annoying the hell out of the campus Left as a student leader, as this fascinating book revels in telling. In Tony Abbott and the Times of Revolution, Gerard Wilson sets out to do three things: to claim Abbott as Australia’s leading “Burkean conservative”; to analyse the university counter-culture that had developed by the mid-1970s; and to show the consistency of Abbott’s thinking over the past forty years.

What shines through in this rather wordy book is Abbott’s determination to make a difference, his political courage, and the constancy of his convictions. As well, there’s the relentlessness of the Left’s campaign to get him, even as a campus politician, and the ambivalence towards him of careerists on his own side of the political landscape.

The Vietnam War and the flower-power era might have been over by 1976, when Abbott turned up at Sydney University, but the long march of the Left through the institutions—with its rejection of authority, contempt for “bourgeois” values, and disdain for earning a living—was just getting under way. Rather than ignore it, and focus on sport, study and socialising, as was the choice of most of his contemporaries, almost from day one Abbott and a cohort of like-minded, tough-minded conservatives were determined to make their voices heard. 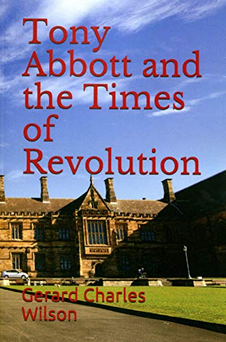 One of those contemporaries, Greg Sheridan, who is now The Australian’s foreign editor, has provided some flavour of those times in his autobiographical fragment, When We Were Young and Foolish. Abbott himself touched on some of this in his highly readable 2009 manifesto Battlelines, as did Michael Duffy in his double-header biography Latham and Abbott. But now there is an in-depth look into the battles that convulsed Australia’s oldest university in that turbulent decade: classical versus “political” economics; traditional versus “general” philosophy; and radical versus conservative activism—and Abbott’s central role in trying to stop change-for-change’s-sake.

Abbott’s contemporary critics, as Wilson relates at length, have also dwelt on his time at university. In the first major attempt to paint him as an uber-Catholic sexist dinosaur, Susan Mitchell’s 2011 book, Tony Abbott: A Man’s Man, says that while at university Abbott

spent most of his time playing football and drinking in pubs … As if that wasn’t enough to keep his aggression and testosterone in overdrive, he also took up boxing to counteract the damage from foul play in the scrums.

Wilson is clearly on one side of the polarised interpretations of Abbott’s campus life. Sheridan and Duffy, he writes, recognise Abbott as “out-going, friendly and gregarious” but with a “conservative outlook” comprising “a liking for rule-based activities, self-discipline, cooperation and the solidarity of the group”. Above all, Wilson says, “the conservative—certainly in the Burkean mould—cherishes order in human society. [But] Mitchell sees nothing of this because she wanders blindly in her ideological fantasy.”

While Sydney University had earlier spawned the legendary “Push”, the 1970s campus leaders of the Left have mostly disappeared from public view. Along with Abbott and Sheridan, it’s the Left’s opponents (and occasional “frenemies”) from that decade who have made their mark. These notably include Malcolm Turnbull, Jeff Phillips (a prominent Sydney barrister), Paul Brereton (a senior New South Wales judge), Peter Westmore (B.A. Santamaria’s successor as head of the National Civic Council) and Sir Michael Hintze (a London-based billionaire asset manager), all of whom have at least walk-on roles in Wilson’s recent account.

Wilson reproduces Abbott’s first-ever contribution to political debate—a letter to the university paper Honi Soit denouncing the student council’s decision to donate money to the ALP—and notes that “his tone and style” have “changed little since 1976”. “It’s wrong for the SRC of all” the eighteen-year-old Abbott said, “to support … only one party, especially when that party is opposed by a considerable portion of students.” A few weeks later, he was at it again, this time criticising the “How Dare You Presume I am a Heterosexual” issue of Honi Soit:

Why should one pressure group be so privileged ahead of all the others? If the rationale behind the decision was thrust home to its logical conclusion, then issues should be devoted to every group of crackpots on campus. Yet again, the insidious control of student politics by a group of committed ideologues is manifest.

The aggression, says Wilson, already “had gone up a few notches, though remaining controlled”. Abbott’s “wit, irony and sarcasm were already developed in the eighteen-year-old. His verbal thrusts, pokes and prods infuriated and continue to infuriate his political adversaries.”

Summing up Abbott the student leader, Wilson says he was “considered, analytical and concise without the abuse and ridicule he had to swallow from others”. Although Abbott was uniformly tough, determined and never retreating, he remained for the most part respectful of his opposition.

As Tony Abbott and the Times of Revolution puts it, Abbott’s many enemies “accused him of loud, sexist comments during SRC meetings”. In contrast, “the evidence suggests he was no different from the bulk of students in the outspokenness of their debate and a lot more restrained than most”.

A year after Susan Mitchell’s attempted hatchet-job on Abbott came a more vehement version, David Marr’s 2012 Quarterly Essay, Political Animal: The Making of Tony Abbott. Like Mitchell, Marr’s purpose was to alert Australians to the danger of making Abbott prime minister by pointing to the tumult of his student days. Exhibit A was the claim by Barbara Ramjan, Abbott’s successful opponent in the 1977 SRC presidential election, that after the vote he’d attempted to intimidate her by “punching the wall on either side of [her] head”. It was a great story, but inconveniently for Marr, Wilson’s comprehensive trawl though the contemporary evidence shows that Ramjan had never mentioned it at the time, even though she and her allies had routinely been in the pages of Honi Soit, attacking Abbott and denouncing male violence. A favourite tactic of the Left is to conjure up a vaguely plausible tale from the distant past in order to destroy a determined opponent.

While Wilson’s is the second book supportive of Abbott to appear since his prime ministership (the other was Damien Freeman’s excellent but almost entirely unnoticed Abbott’s Right: The Conservative Tradition from Menzies to Abbott), on top of the two earlier “stop Abbott” books from Mitchell and Marr there have been at least four subsequent, highly partisan books trashing his character and political achievements. Not content with one book-length character assassination, Niki Savva even came back with a second—ostensibly about the downfall of Malcolm Turnbull—claiming that Abbott, somehow, was really to blame for the coup that replaced Turnbull in 2018.

While Freeman found a respectable publisher in MUP, Wilson has had to self-publish this one because, he says, books by conservatives about conservatives struggle to find support, even though—once they get into bookshops and are properly promoted—they sell like hot cakes, as shown by the runaway success of John Howard’s two post-prime-ministerial books (his memoirs and his account of the Menzies years).

Now that the re-election of the Morrison government has somewhat strengthened the place in our political history of the government that Abbott led into office in 2013, there really should be more balanced and fair-minded mainstream accounts of his forty-plus years fighting the battle of ideas. But who is up for this essential authorial task?

Abbott concluded a year as SRC president late in 1979 having successfully withdrawn Sydney University from the extreme-Left-dominated Australian Union of Students. He was however unsuccessful in his attempt to establish voluntary student unionism. Then, as now, few commentators had a good word for him. A notable exception was Tanya Coleman (one-time New South Wales Liberal leader Peter Coleman’s daughter, and now married to Abbott’s former colleague Peter Costello). She wrote:

Abbott is the only president for years who has tried to implement fundamental reform of the SRC, and not simply basked in glory. For this, he deserves praise and not denigration. I think we should all be thankful that despite ceaseless hostility … he has the tenacity to keep on fighting for us.

And to her rhetorical question, was and is there any support for Abbott, Coleman’s answer is, “Yes, there are lots of us who have a kind word to say about him.”

As Tony Abbott and the Times of Revolution makes clear, where the essential Tony Abbott is concerned, not much has changed in forty years!

The seventh novel in Ross Fitzgerald’s Grafton Everest series, The Dizzying Heights, written with Ian McFadyen, is due to be published shortly.

The Good Life on the Missions

The Scandal of the Mural