A Second Language it Pays to Learn 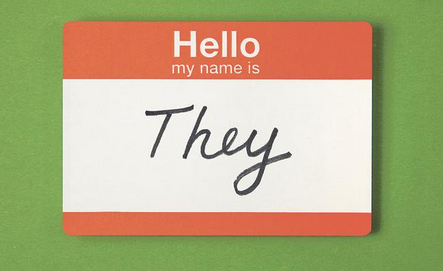 Bureaucrats are not renowned for their back-breaking workload so it’s good to hear that some Victorian public “servants” are usefully filling their spare time at the office by learning a foreign language.

Thanks to the taxpayer, officials in the Victorian government department that looks after planning and “the environment” are taking courses in Inclusive, a language which has long superseded French or Mandarin as the preferred second language of the ambitious careerist in government or business. In fact the Victorian planners won’t be alone in learning it; more and more of their publicly employed colleagues throughout the country are also Inclusive students. Inclusive has spread in such leaps and bounds that it is no longer correct to refer to it as a “foreign” language. It is replacing English in many areas of communication to the point where in some places Inclusive is officially enforced, usually in academic and bureaucratic circles first, with the practice of imposition radiating out into the more progressive corporate world.

It’s a hard language to learn, so hats off to the Victorian planners for their determination. The particular difficulty is that Inclusive has no vocabulary of its own but relies instead on English words, especially pronouns, to which new meanings are assigned. To take a case in point, where in English a male is referred to in the third person as he and a female as she, Inclusive has done away with these gratuitous and outmoded gender distinctions so that everyone, whether in the singular or collective, is simply denoted as they, as in the example (singular)

An Inclusive speaker must take care that they use the right pronouns.

or in the possessive form

An Inclusive speaker must be careful with their vocabulary.

Actually, this usage crept from Inclusive back into English some time ago. The real innovatory value of Inclusive lies instead in its application to gender sensitivity, which, along with climate, is now considered the most pressing moral issue of our time. And it is from people who feel themselves excluded, gender-wise, by English, that the real demand for Inclusive has come.

To take an example: we mentioned male and female: these terms are no longer a simple binary alternative. There are all sorts of males and females. Some were born that way, others have been created by surgical processes of transformation, others are male and female in their minds, and of course in a democratic society must be accepted as such whatever their outward form. In old-fashioned English, these latter two groups (and a minority of folk in no gender classification at all) would be subject to verbal discrimination; that is, they would have their identity, in linguistic terms, inadequately expressed because they would be pronominally imprisoned in he or she or him or her, as if they were ordinary cisgenders. Inclusive protects such vulnerable people from the persecution of being called he or she (and in doing so reminds us of what terrible things some people have to suffer in what we like to believe is an enlightened society).

A “trans” person, for example, who has made the gender pilgrimage from male to female, might not wish to be reminded of their gender of origin (English would inadequately say his gender of origin, which could be offensive to the “transitioner” in that it might be taken as repudiating their choice). On the other hand, it is not unknown for a person in this situation to be made to feel uncomfortable or even excluded by some feministic birth females if they (the “trans” individual) use the pronoun of their acquired gender identity, in this case she. Inclusive smooths all this out by referring to the person in the English plural they brought up to date and adapted to singular usage, as in

Denise says they would gladly assassinate Trump if they had the weapons.

Someone who didn’t understand Inclusive might think Denise was referring to a group of persons, “extreme” members of the Democratic Party perhaps. This confusion arises from the old-fashioned notion in English that there should be agreement in number between subject and verb (this insistence is called prescriptivism and is disapproved of by enlightened linguists even in English). The same misunderstanding could arise with

Roberta says they can’t find their denims they were going to wear to the Pride March.

How to avoid the ambiguity? The Inclusive speaker who knows Roberta might fall back on context—if they (the speaker) know that they (Roberta) are a denim wearer (or that Denise dreams of assassinating Trump) it would be logical to conclude that Roberta and Denise are referring just to themselves or themself (these pronouns are optional here) and not to a collection of people all proposing to wear denim (though if you’ve been to a Pride March, you’ll have found no shortage of females in denim, often in couples wheeling prams). Where context will not help, Roberta (and mutatis mutandis Denise) could be asked to make themselves clearer by the far simpler expedient of adopting the Inclusivophone practice of ignoring prescriptivism and following the they with a singular verb, as in

Roberta says they can’t find their denims they was going to wear to the Pride March.

To repeat, it is perfectly good Inclusive to pair what would be in English a plural subject with a singular verb.

Kerryn remembers that they hated school because they was unhappy with the gendered curriculum.

Penny is never happier than when they is speaking in parliament.

If some non-Inclusive speaker objects that sentences like these in grammatical defiance of English sound as though they were uttered by (a) a First Nations Australian or (b) a newcomer to our shores who has only imperfectly mastered—sorry, I mean familiarised themselves with English, just ask them (the non-Inclusive speaker) the way to the nearest police station and say you intend to denounce them for Hate Speech.

Naturally there’s far more to Inclusive than the examples above. There’s not insulting the sensibilities of what used to be called the disabled by calling them disabled when Inclusive speakers know they are differently abled. The English-language term coloured people is now considered offensive if uttered by non-coloured or white people and is replaced in Inclusive by the more respectful people of colour (although a purist would note that coloured people remains acceptable when used of themselves or others by people of colour). White too is perfectly good Inclusive as a racial designation but black, when spoken by a white speaker, is inappropriate. In Australia Indigenous means in Inclusive “born here but not to be applied to people of non-colour”.

An Inclusive usage which long ago made its way into English is the avoidance of the feminising -ess suffix (Marilyn Monroe was an actor; the air hostess of the past is now, no, not the host, but the flight attendant unless, as seems often to be the case, the attendant is a birth male identifying as female, in which case they have the option of remaining a hostess or stewardess). Partner in Inclusive translates the English wife or husband; spouse does too, but is not recommended as it tends to preference one form of partnership only. Inclusive also encourages the use of inherited names (not to be called surnames please, still less patronymics) without a title for well-known figures of any gender (Austen’s novels; Barrett Browning’s poetry, the first name being necessary in this latter instance to distinguish them from their partner, plain Browning, who also wrote poetry).

If Inclusive students, such as the Victorian planners, require some extra coaching, I would recommend Dara Hoffman-Fox, a specialist in Inclusive and an inspiring teacher whose website (darahoffmanfox.com) proclaims that they also offer “an affirming therapeutic space for those who are gay, lesbian, bisexual, queer, transgender, kink, BDSM, non-monogamous, pagan, etc.”—categories in one or a number of which many Inclusive students, even in the Victorian public service, will doubtless find themselves. Dara is in Colorado but that needn’t matter. Bureaucrats can easily make the trip and put it down to “enhancing language skills and knowledge” as a career performance objective for the public good. Others will find it well worth the expense. Once you are proficient in Inclusive you will find that it can increasingly be substituted for English and is thus no longer a second language at all.

If you’re looking for a textbook that clearly explains all the above and more, try Gender-Inclusive Language from the University of North Carolina or Words Matter from the British Columbia Public Service, both of which helped in the writing of this article. Not only are they instructive, they’re hilarious.

Words as Weapons, Words as Smokescreen

The Serious Decline of the Common Language

A Second Language it Pays to Learn