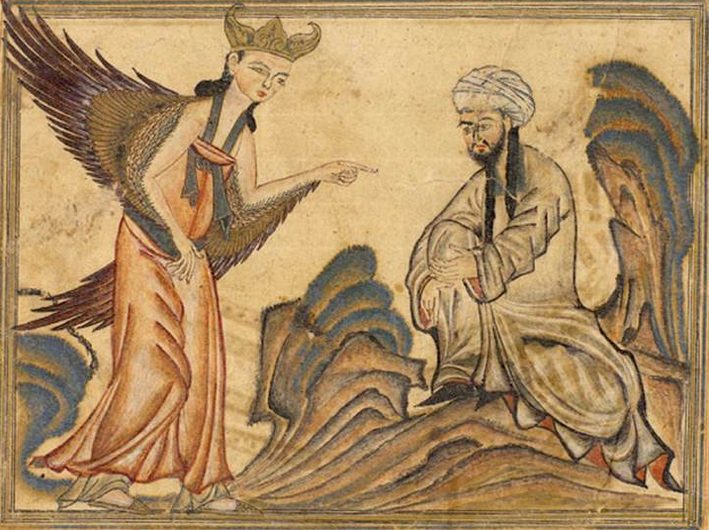 As a Christian scholar attempting a serious encounter with Sayyid Qutb, I had the salutary experience of being advised that I am a heretic, a “Jahili” steeped in ignorance if not opposition to revealed truth. Christians, of course, have sometimes elevated themselves far above Islam, Judaism, Hinduism and Buddhism. But there must be a time and a place for adherents to alternative revelatory claims to discuss with one another in courtesy what it is that divides them and appears as a “great gulf set between them”. And it may help to conduct such discussions where a rule of law surrounds the imperative, “Thou shalt do no murder”.

Maintaining a civil middle ground is a key marker of good religion; one indicator of respect for the other and of the human city as a shared enterprise. It leaves room for opinions. 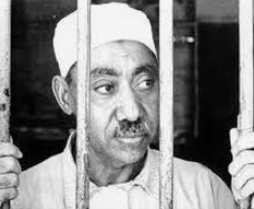 Sayyid Qutb (at right) was hanged in Nasser’s secular Egypt in 1966 after a long imprisonment. He was a principal apologist for core Islam and for the revival of a true Islamic society. He was a distinctive member of the Muslim Brotherhood, whose significance for Egyptian life reaches into the present. Milestones (1964) was one of his principal writings. The book probably got him killed, since its “pure Islam” was read as an attack on pre-coup and post-coup Egypt—neither exemplifying the faith. It was at least a pretext.

Qutb argued that true Islam had to strive to devalue or collapse all human institutions in so far as they were hostile to Islam or impeded the realisation of the genuine Islamic or Koran-based society. He opposed British Egyptian rule and the secular rule of Nasser, neither of which supported or manifested true Islam. He was critical of back-sliding or “false” Islamic societies. He believed that a right reading of the Koran discloses its universal, revelatory content and sustains and directs the community built around the singular confession of faith, “There is One God and Mohammad is His Messenger [Prophet]”.

The Koran as text cannot be bypassed by an individualistic, charismatic appeal to a personal encounter with God and neither can any teaching institution or body of rulers stand between the believer and the divine content. Qutb attempted to radically democratise or level the line of communication between the individual and Allah and did so by means of a self-evident openness to the Text as Word of God. Whether such a democracy before text is achievable is another matter.

He strove to see Islam renewed by a vanguard of true believers and practitioners who instantiated ad fontes the pure realm of the Messenger as apt for today. All is subordinated to the primary acclamation focused on the One God and His Prophet and on the Koran understood as the book for true, committed disciples. The signature faith-statement also excludes or reshapes Christianity in that it explicitly disallows Trinitarian and Incarnational faith, which is said to tend towards polytheism (Tritheism) and idolatry.

Islam through its truth, and via faithful believers, must strive (Jihad) to overthrow institutions which prevent God’s dominion from becoming real by the instantiation of Islam universally. It is here that use of extreme force against the godless or obstinate or active opponents of Islam might be thought to be legitimate or expected, as it was in the early centuries of Islamic history.

The history of Jihad and Crusade should be studied together, as should the use of Roman and Byzantine and Russian military force in the expansion of Christian domains. History is not a series of liberal-minded conversations.

However peaceable Christianity is in essence, a history of Christian peoples and of the Church cannot truthfully move aside the ecclesia into a pure realm of pacifism or non-violence while assigning armed conflict to some purely (imagined) secular or national dynamic. C.S. Lewis, the Church of England but generic apologist for Christianity, wrote widely in defence of the legitimate vocation of the Christian to be a soldier. I am also thinking of such eras as the Thirty Years War, or of a general history of warfare within Europe as warfare within Christendom, up to and including the Second World War.

Qutb was outspoken in his criticism of Marxism, communism, secular socialism and any absolutising of the Western model of the nation-state or international (global) capitalism.

His time as a graduate student in America in 1948 deeply informed his personal sense of America as a society poor in values and driven by narrow-minded political vision (the creation of Israel at the expense of Palestinians occurred at that time), the possessors of the atomic bomb and a people obsessed with strength or power, the sexualisation of women and ultimately with a flippant attitude towards the ubiquitous churches, which functioned more as a social medium rather than as a focus of revelation. Qutb describes his encounters with church life in the US as a series of “social dances”. His book The America I Have Seen (1951) is an outsider’s critique, not without parallels in Christian writing, or indeed in the experiences of international students today.

Bonhoeffer’s phrase, “We Lutherans have gathered like vultures around the carcass of cheap grace”, springs to mind. Modern American literature is not short of dystopian visions that say clearly that all is not well in America, even if they do not resolve the dystopia or seek answers in the Christian heritage and its renewal. Flannery O’Connor’s works are not flattering of American huckster religions. In Australia, James McAuley held equally negative views about communism while drawing on his conversion to a deeper and more committed Catholicism; a faith which he saw as possessing clear implications for the better social order.

It may not be possible to fully evaluate the religious and political vision of Sayyid Qutb without at the same time attempting to co-evaluate religious and political visions of Catholicism, Orthodoxy and Protestantism. It might be possible to attempt to start in-between in a vision of the enduring, secular, human city and find a perspective from which the contribution of any religion can be measured. I think of the statement attributed to Varro in Rome in the time of its own divinities, “The human city comes before its gods.” As such the human city becomes a subject in its own right.

Before long, the question of God and of a revelation or disclosure by God must be addressed, and this will test any study of purely human factors. In the same breath, the histories of adherents come under scrutiny along with the difficult task of evaluative comments within a universal history.

When it comes to reflections on a universal history, not a few can say, “We are dealing with a blotted copybook.” But any history contains specific moments and incidents. In this context the modern intensification of Jihad and the path of the martyr mujahideen have led to extreme violence directed at what Qutb called the Jahili and Jahiliyyah societies of unbelief and degrees of unbelief, of ignorance or hostility to true or pure Islam. Qutb included many existing Islamic societies in his blanket hostility to ignorance. In this respect the path from theology to violence directed against the Jahili structures and principalities of ignorance and hostility to Islam becomes clear, and Qutb grounds it in the Prophet’s own embrace of the sword when apt.

Violence for the sake of the universal liberation of man, given the opportunity presented by revelatory Islam, becomes “legitimate” and of high value at different times and places. It should not. It is thought to challenge illusion and ignorance, shocking a global secularity from complacent self-satisfaction, and clearing the ground for a revelatory and immediate truth. An absolute submission to Allah and his Prophet becomes the compelling and only true cause and true remedy. It manifests an all-or-nothing absoluteness in which approximations or lesser degrees of Islamification are unacceptable.

A West that self-corrodes its Christian core, refuses to value its Western heritage, adopts non-evidence-based movements, and is obsessed with “sex and drugs and rock-and-roll”, should not be surprised to find it lacks the tools to counter a renewed religion that makes both personal and universal claims, plans for universality via vanguards of the activist devout, and which while offering freedom and truth enacts a new totalitarianism of the soul on the basis of an unquestionable first starting point.

Qutb’s work is international or universal in scope before any secondary questions of nation or language arise. The dreadful renewed Caliphate recently quashed was an example of a pan-national movement eliminating national boundaries imposed upon the sand.

Perhaps the discussion must move in two ad fontes directions at the same time—critical studies of Mohammad and Jesus, carried out with courtesy, the highest critical scholarship, and open to the best in contemporary humanities and historical studies, diachronically and synchronically, so to speak.

Meantime, the close study of Qutb in graduate seminars in political philosophy would yield dividends and promote answers to complex questions. Not all the answers would have pleased Qutb but the conversations should happen.

An Invitation to Optimism