Soapy Sponge and His Sartorial Successors 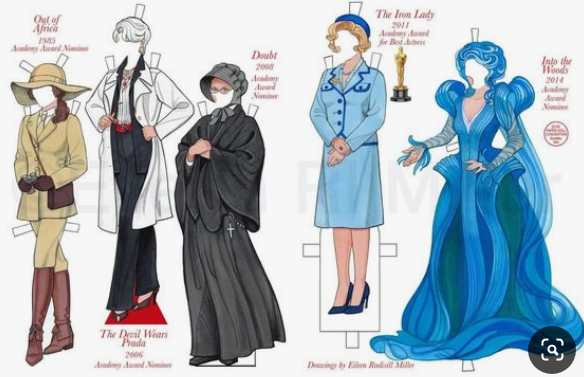 “Clothes, if not the whole man, are a large part of him, especially when it comes to uniform,” says Anthony Powell in The Soldier’s Art. In the first volume of Powell’s epic, A Dance to the Music of Time, the ghastly Kenneth Widmerpool appears in an overcoat that although it is never described, subtly does not conform to what is acceptable at his school and is mercilessly mocked by his contemporaries, Peter Templer and Charles Stringham. Powell justifies his view about the influence of clothes by having this shaming exert such an influence on Widmerpool’s personality that when he is in a position to do so he has his tormentors sent to their deaths during the war.

Without going quite as far as that, many writers of novels and biographies define powerful aspects of their protagonists’ personalities by descriptions of their attire. There is probably a whole book in this, or at least a PhD thesis, but in this more superficial survey I want to illustrate this proposition by skimming lightly and, I hope amusingly, over some notable examples beginning with the protagonist of Robert Surtees’s 1853 novel Mr Sponge’s Sporting Tour.

Surtees is almost obsessive about telling us how his characters are dressed, often describing two or three different outfits at page length. For example in London he tells us that Sponge’s coats were of “the single-breasted cutaway order”, his waistcoats matched his cravats, and his trousers looked

more as if his legs had been blown in them than as if such irreproachable garments were the work of man’s hands. Many were the nudges, and many the “look at this chap’s trousers”, that were given by ambitious men emulous of his appearance as he passed along, and many were the turnings round to examine their faultless fall upon his radiant boot.

Sponge, a hunting man, clearly puts a lot of thought into dressing the part. When he is sponging on his acquaintances during his peregrinations we are told a lot more about his hat, his cravats, his coats and his waistcoats, even his evening dress at Mr Jawleyford Crawley’s. Perhaps a typical idea of his country style is conveyed by the description of his “pull-devil, pull-baker coat, his corduroy waistcoat, his Eureka shirt, and Angola vest” as he impulsively kisses the enchanting Miss Lucy Glitters on horseback. In short, “his dress was in the sporting style—you saw what he was by his clothes”. Not so much with Crawley’s costume. In spite of the fact that he “swaggered about like an aide-de-camp at a review … It was clear he was no sportsman; and then came the question , whether he was of the privileged few who may do what they like, and who can carry off any kind of absurdity.” The implication being of course that he was not.

From earlier in the nineteenth century an example of military chic is Elizabeth Longford’s description of the Duke of Wellington’s get-up at the battle of Waterloo:

The Duke was in his comfortable civilian clothes: white buckskin breeches with tasselled top boots and short spurs: a white stock, blue coat over the gold knotted sash of a Spanish field marshal and his blue cape which he put on and off fifty times in the day.

All of this, naturally, topped with the fore-and-aft low cocked hat sporting the cockades of Britain, Spain, Portugal and the Netherlands. Incidentally, D.B. Wyndham Lewis tells us in The World of Goya that the Duke, on hearing of the painter Benjamin Haydon’s suicide, immediately sent around to his studio to have his Waterloo hat retrieved.

Jumping forward to 1917 we see an equally casual and eye-catching approach to battlefield style by Douglas MacArthur, who “was hard to miss in his rakishly crumpled cap, his swagger stick, his highly polished boots, his turtle-necked sweater and his two meter long purple scarf”. We may also note that one of his first purchases as a young officer in the Philippines was a full-length looking glass.

The standout dressy fictional figures between the wars are probably Bertie Wooster and Jay Gatsby. Although Bertie’s outfits are not, as far as I remember, described in detail he has problems with individual items that do not meet Jeeves’s standards of sartorial acceptability. Among these are a bright scarlet cummerbund, an alpine hat, purple socks and a white mess jacket. I seem to remember a pair of yellow, or it may have been lavender, gloves as well. Fortunately, they are never seen together and invariably Jeeves engineers a way of depriving Bertie of them by the end of the story in return for extricating him from a messy situation.

Gatsby cannot be mentioned without quoting the famous shirt scene with Nick Carraway and Daisy Buchanan:

He took out a pile of shirts and began throwing them one by one before us, shirts of sheer linen and thick silk and fine flannel which lost their folds as they fell and covered the table in many-coloured disarray. While we admired he brought more and the soft rich heap mounted higher—shirts with stripes and scrolls and plaids in coral and apple green and lavender and faint orange with monograms of Indian blue.

So beautiful that an overwrought Daisy burst into tears.

A more manly figure, Patrick Leigh Fermor, continued the tradition of dashing military captains like the Duke of Wellington, Douglas MacArthur and, come to that, Montgomery and Patton as well, in his guerrilla war in Crete. In Abducting a General he describes himself: “Breeches, high black boots, a twisted mulberry silk sash with an ivory-hilted dagger in a long silver scabbard, black shirt, blue embroidered waistcoat and a tight black-fringed turban”, all set off by “the flamboyant moustache, homespun goathair cloak, stick, bandolier and gun”.

Julian McLaren-Ross was a bohemian writer in 1950s London who eked out a hand-to-mouth existence partly by his writing, partly by cadging from his friends and partly by frequent changes of address. His fictional counterpart X. Trapnel in ADance to the Music of Time led an equally scrappy life:

he was dressed in a pale ochre-coloured tropical suit, almost transparent in texture, on top of which he wore an overcoat black and belted … This heavy garment, rather too short for Trapnel’s height of well over six feet, was at the same time too full, in view of his spare, almost emaciated body. Its weight emphasised the flimsiness of the tussore trousers below … The walking-stick struck a completely different note. Its wood unremarkable, but the knob, ivory, more likely bone, crudely carved in the shape of a skull … for the rest he was hatless, wore a dark-blue shirt frayed at the collar, an emerald-green tie patterned with naked women, was shod in grey suede brothel creepers.

Altogether the effect, as Powell’s narrator noted, was of 1890s decadence with only a touch of surrealism redeeming it from complete absurdity.

An equally gloomy reflection of that dreary period, this time an autobiographical one, was written by J.B. Priestley, describing his appearance in a tailor’s cubicle:

Wherever I look I see a man whose appearance does not please me. His head seems rather too big for his body, his body rather too big for his legs. In that merciless bright light his face looks fattish and somewhat sodden. There is something vaguely dirty about him. The clothes he is wearing, apart from the particular garment he is trying on at the moment, look baggy, wrinkled and shabby. He does not pay enough attention to his collar, his boots. His hair wants cutting, and another and closer shave would do him good. In full face he does not inspire confidence. His profile, however, is simply ridiculous, and the back of him is really horrible.

I suppose most of us have had a similar sobering experience. In a photograph taken at a fitting for his suit for The Man in the Gray Flannel Suit, even Gregory Peck doesn’t seem happy with his image in a triple mirror.

In the 1960s, Saul Bellow’s Moses Herzog, on his way to shop for clothes in Manhattan for a getaway to Vineyard Haven, also wondered, “Could he bear to see himself in the brilliant mirrors of a clothing store?” In the end, “Dressed in Italian pants, furled at the bottom, and a blazer with slender lapels, red and white, he avoided full exposure in the triple, lighted mirror.” He also bought bathing trunks and “an old- fashioned straw hat” which “pleased him, floating on the hair which still grew thickly at the sides … The flat-topped hat, a crust of straw, had a red and white band, matching the coat. He removed the tissue paper from the sleeves and put it on, swelling out the stripes. Bare-legged he looked like a Hindu.”

“The apparel oft proclaims the man,” says Polonius. Oft, not always. Yes, the Duke of Wellington’s, Douglas MacArthur’s and Patrick Leigh Fermor’s clothes proclaim dash and bravery, But Moses Herzog, primarily a melancholy character, is capable of only occasional gaudy impulses, Jay Gatsby, flashy and rather vulgar. Yes, Soapy Sponge is unremittingly sporty but also a bit of a spiv, and Priestley definitely not keen to portray himself as what he sees in a tailor’s mirror. What of other fictional heroes? Do we know how Humbert Humbert dressed? The Leopard, Pierre Bezukhov, Nicholas Jenkins himself? I confess to being fascinated but I don’t remember whether their attire is ever effectively described. We’ll just have to read, or re-read, the books if we want to find out.

Peter Jeffrey is a Canberra poet.

A Pageant of High and Low Mind