Indigenous Australians and the Monarchy’s Promise 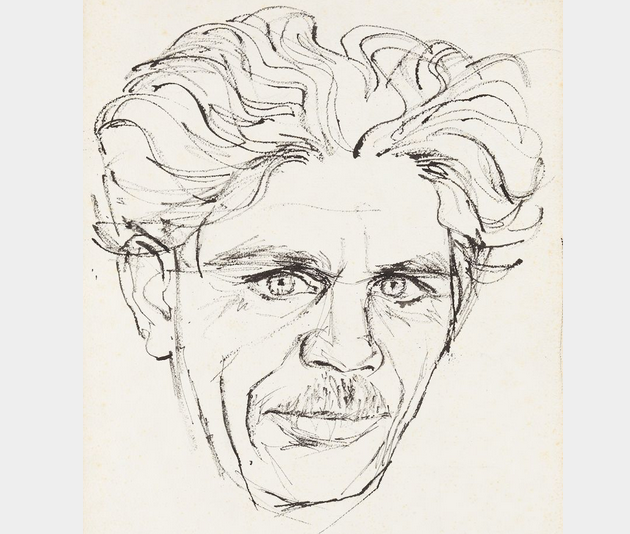 At the 1998 Constitutional Convention, despite the scores of eminent Australians in attendance, far and away the most notable speech was by Neville Bonner. Bonner had risen from inauspicious beginnings—literally born under a tree in northern New South Wales—to become a federal senator for Queensland. He was a very proud Aboriginal man but, in a manner that confronts assumptions, was conservative in his politics, disposition and philosophy. This put him in lonely company, especially given the activism of the 1960s and 1970s—the era of Bonner’s political awakening and ascent.

By the 1998 Convention he had been out of representative politics for nearly two decades. Reading slowly from prepared notes, and at times losing his place, he scolded the Convention for considering a disposal of the Crown:

You told my people that your system was best. We have come to accept that … The dispossessed, despised adapted to your system. Now you say that you were wrong and that we were wrong to believe you … What is most hurtful is that after all we have learned together, after subjugating us and then freeing us, once again you are telling us that you know better. How dare you? How dare you?

Bonner died the following year. But his observation endures—an outrage that, after years of striving towards “the system”, the goalposts were being moved just that little bit further away. Indeed, Bonner pounced on the embarrassment and uncertainty of the republican objective. What precisely were Aboriginal Australians—indeed all Australians—to gain from it?

In a notable contrast, Bonner’s first embrace after his speech was with the late indigenous leader Gatjil Djerrkura, who was then the chair of the since-disbanded Aboriginal and Torres Strait Islander Commission. Djerrkura did not share Bonner’s attachment to the Crown. Like many others, Djerrkura saw the republican objective as an opportunity for reconciliation but was less captured by typical republican impulses—our image in Asia, for example, or an untethering from Britain. “A republic that does not make the first concrete gesture towards reconciliation is a republic that walks in the footsteps of the Crown,” he said. “Is this the impoverished vision of a republic we want? My answer is ‘No’. Our vision must be more substantial … My dream is of Australia as a reconciled republic.”

But a “reconciled republic”, however, forms only part of a wider commitment for Aboriginal recognition. This has been a much longer journey than calls for a republic—from William Cooper’s 1937 letter to King George VI and the 1963 Yirrkala Bark Petitions, to Julia Gillard’s 2010 Expert Panel and the more recent Referendum Council commissioned by Malcolm Turnbull and Bill Shorten. Understandably, a republic offers a great deal to advocates of reconciliation—a chance to renovate our foundational system of government and, in doing so, seek even further recognition for Aboriginal Australians. But when push comes to shove, according to Noel Pearson, “It would be grossly unfair if the Indigenous recognition referendum is not first cab off the rank for a referendum.”

While for many the focus is clear—constitutional recognition—the outcomes have become opaque. The mandate for the Referendum Council, for example, was to consult the public and report on options for a referendum proposal. Yet what was offered in return was a vague concept for a national indigenous assembly—vastly different from public expectations of wording for a preamble or a blueprint on changes to constitutional text. This assembly, as Prime Minister Turnbull noted, would essentially be a third chamber of parliament, inconsistent with equal civic rights and the existing structure of the Senate and House of Representatives. He said the government did “not believe such a radical change to our constitution’s representative institutions has any realistic prospect of being supported by a majority of Australians in a majority of States”. In my view he was right.

The devil for indigenous constitutional recognition, like the republican movement, is in the detail. And, like Bonner’s criticism of a republic, it is difficult to see how recognition would actually help Aboriginal Australians prosper in a modern world. “If Australia became a republic,” said Bonner, “we, the Aboriginal people, would be no better off because the changes that are needed to help us don’t include republican status. I see no point.”

Bonner’s support for the Crown, like his politics, confronted assumptions. And there are few better explanations for this than that given by Tony Abbott in the 2010 Neville Bonner Oration:

To Bonner, the Crown represented what was best in English-speaking civilisation. It was the British government that had commanded the settlers to live in amity with the native people. It was Governor Phillip who had refused to take punitive action against the Aborigines who speared him. It was the crown courts, uncowed by local public opinion, that had sentenced white men to hang for the murder of black people. The actual treatment of black people might often have mocked notions of equality before the law. Discrimination in so many aspects of daily life might have betrayed the noble ideal of the brotherhood of man. Still, the system was supposed to guarantee to everyone the ancient rights and freedoms of Englishmen and sometimes it actually did. Unlike those who saw enough of its failings to reject it, he saw enough of its strengths to embrace it. After all, it was the Crown that could be appealed to for justice. Some of the Crown’s agents were often harsh, even brutal, but for much of our settled existence, they were the only protection that Aborigines had from the tyranny of the mob.

From the moment the First Fleet landed, Arthur Phillip sought to make peace with Aboriginal Australians. In fact, he carried specific instructions from King George III to “endeavour by every possible means to open an intercourse with the natives, and to conciliate their affections, enjoining all our subjects to live in amity and kindness with them”.

Granted, with an ever-expanding frontier, conciliation was not always how things turned out. As settlers pushed across the continent, displacement occurred among Aborigines while, at the same time, law and order could not always keep up. It was not just settlements and farms being established but entirely new colonies: Western Australia in 1829, South Australia in 1834, Victoria in 1851 and Queensland in 1859. As the Referendum Council reported, in a summary of the waves of indigenous history, “it is a story of triumph and failure, pride and regret, celebration and sorrow, greatness and shame”.

Yet as Abbott suggests, and as Bonner believed, from our earliest days our British constitutional inheritance strove to do the best it could. The reality, as David Kemp writes in The Land of Dreams, “was that the instruments of law enforcement available were too weak to impose the law beyond the settled areas”. I believe most Australians look back at those frontier days with a strong dose of common sense—that our system is not flawless but still a great deal better than the non-democratic alternatives of administration that existed at the time. When ultimately weighed, the persuasion and appeal of the protections and opportunities that life offers in mainstream Australia have overwhelmingly delivered more good than harm.

Therefore, assimilation and integration, which used to be “fighting words” for some, are now the key themes of actual experience for overwhelming numbers of Aboriginal Australians. As I wrote in my short biography of Bonner:

Nearly 70% of people of Aboriginal descent now live in urban areas and stand testament to Bonner’s philosophy of self-determination. On the other hand, encouraging Aboriginals to live entirely separate lives from mainstream Australians—an initiative Bonner detested—has had devastating and tragic consequences for Aboriginals in remote areas.

If such integration is a key attribute among Aboriginal Australians today, then another more historic element is diversity—a point not always fully acknowledged by activists, government officials and even former prime ministers. Latent in Kevin Rudd’s National Apology, for example, or Paul Keating’s Redfern Address, is a tendency to collectively address “Aboriginal Australia” without acknowledging the differences and inequalities within Aboriginal culture and society. With 700 distinct groups speaking more than 250 languages, professing any uniformity has its obvious hurdles. On the one hand, for instance, one might find legendary exchanges between figures like Bennelong and Governor Phillip but in other instances indifference or outright hostility. “All they seem’d to want,” as Captain Cook wrote in his diary, “was for us to be gone.” The Southern Cross on the Australian flag, too, may have status with the legend of Mululu of the Kanda tribe, but what about the Jagera or Turrbal?

Contrasts also expose capabilities. In 1846, Tasmanian Aborigines exiled on Flinders Island appealed to Queen Victoria about maltreatment and lack of good faith by colonial authorities. They did so the way most Australians today lobby government—by petition. But how many groups were aware of a petition process, or had the capability to use such mechanisms? Today, as the politics of constitutional recognition has shown, compressing such diversity and inequality into a single gesture of words is bound to be confronted by challenges.

Yet it is exactly with such diversity where we see the value in not just shared institutions but the Crown itself—a symbol evoking tradition, custom and continuity. Indeed, there is something instructive in this, especially when looking at the Crown’s appeal in Papua New Guinea, where there is even more diversity jammed into less geography. My mother is of the Sui clan of New Ireland Province, for example, yet the clan is one of over a thousand culturally distinct groups throughout not just the archipelagos but the PNG Highlands. Little homogeneity beyond the family group makes wide consensus difficult and politics atomising. By contrast, the idea of the Crown commands a near-universal respect. It is “the light above politics”, to borrow from the British philosopher Roger Scruton, “which shines down on the human bustle from a calmer and more exalted sphere”.

In New Zealand in 1840 the Treaty of Waitangi was signed with Queen Victoria, not with the government of New Zealand.

For 78 years we have been, not under the rule of the British, but taking part in the ruling of ourselves, and we know by experience that the foundations of British sovereignty are based upon the eternal principles of liberty, equity and justice.

These are not the words of a British governor but of a Maori leader of 1918. Looking beyond our region, to a forum like the Commonwealth Heads of Government Meeting, reveals this potency to an even more diverse range of cultures—fifty-three nations, all six continents, and 20 per cent of the world’s land area.

While modern celebrity appeal undeniably plays a role in the contemporary appreciation of the Crown, the lesson of recent centuries shows that appreciation follows the institution more than the individual. Or, perhaps ironically, the nature of the individual endures regardless of time. With near-universal admiration, Queen Elizabeth has served for over six decades by drawing on and extending Queen Victoria’s lessons from the previous century—duty, service and acknowledging change. The hereditary example here is not one of ensconced privilege but unbroken continuity—a phenomenon built to last in an age of short-termism. All Australians are fortunate to possess an institutional attachment to such a symbol. It would be not just Bonner’s but Australia’s disappointment if we move the goalposts once more.

The Incidence of Cannibalism in Aboriginal Society