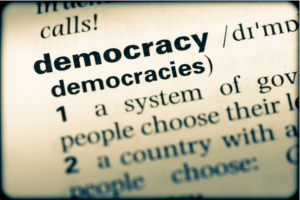 By the time you read this, you will know whether Brexit has or has not happened. And if it has not—either through postponement or because Theresa May’s Brexit-in-Name-Only traps Britain under EU control indefinitely—then Brexit may never happen. It may seem odd to argue therefore that even so Brexit could be one of two events this spring—the other being EU elections in May—likely to accelerate Europe’s drift towards turmoil.

The reason is that frustrating Brexit would almost certainly stimulate more hostility and conflict than simply getting on with it. Contrary to what Remainers claim, there wasn’t much of either during the referendum campaign and the first year afterwards. The driving force of Euroscepticism was the feeling that though the EU’s supranational institutions may have suited continental Europe, they were too remote, bureaucratic and undemocratic to suit the Brits. Most Eurosceptics admired much of what the EU had achieved and liked changes such as the right to live throughout Europe.

That relaxed patriotism began to change to anger in response to the hostile remarks about Britain to which EU leaders gave vent in the last year. If the country is now kept inside EU structures against its democratic will, powerful anti-EU political sentiment will grow in British politics. It would be directed not only against the EU but also against those who have blocked or reversed Brexit. Brexit betrayed would dominate UK politics indefinitely.

Thus the Brexit paradox (one of many). Reversing Brexit was intended to restore stability, but in fact it would aggravate instability. Something similar can be foreseen for the European elections.

At present there is a strong fear in Brussels and among “mainstream” politicians that rising “populist” parties throughout the EU threaten “liberal democracy”. My scare quotes suggest that this is how political parties and established parties see the conflict. Populist parties and their voters see it differently. They argue that for several decades ruling parties have ignored their opinions on important issues such as mass migration and the euro, and contriving to take such issues “out of politics” by not discussing them and by demonising anyone who did. Discontented voters have now rebelled and demanded their views be heard and acted upon. Far from being an unprovoked attack on liberal democracy, their populism is a democratic response to unresponsive and oligarchic politics.

Populist parties have gained power across Europe. They have entered coalition governments and four have held power alone in recent years. They now see the intoxicating prospect of exercising power at the European level if they can win an increase in the numbers of their MEPs, maybe even amounting to a majority of seats, albeit a disorganised one.

Such an extreme swing of votes from establishment to populist parties is unlikely. Still, what would happen if the centrist duopoly of Social Democrats and Christian Democrats were to fall below 50 per cent of MEPs? Or even just fall sharply? When I put that question to an MEP in Brussels a month ago, he assured me that little would change. The likely response of the two main party-groups would be to regain their majority by admitting the Liberal group into their ranks. Liberals already share with them a progressive outlook on most topics and a federalist viewpoint on European integration. Such a realignment would be easy to arrange.

Yet it’s not hard to imagine the feeling of being cheated that such a manoeuvre would invite from the populists. Even if the two main groups could claim some fig-leaf of democratic legitimacy, it would look as if the political elites had dealt one set of cards to the voters and then re-shuffled the deck when the populists unexpectedly won the hand. Millions of voters would cry fraud. The European parliament would lose legitimacy. Future national elections would reflect the aroused indignation of cheated voters (as indeed recent elections in Europe have done). As with reversing Brexit, a response intended to shore up stability would do the exact opposite.

It is not only hypothetical European possibilities we are discussing here. Several national parliaments in Europe are now dominated by “grand coalitions” formed not to handle a national emergency (for which they might be a rare necessary resort) but as a tactic to resist election results that have unexpectedly favoured insurgent parties. In Sweden the mainstream parties have forged an agreement that has kept the failing Social Democrats in office in order to keep the Swedish Democrats permanently out of any coalition government despite their winning 25 per cent in the popular vote. And there are similar situations in Germany, Holland, France (electorally), Spain, and embryonically in Britain where Theresa May is now trying to get her EU-UK deal through Parliament with Labour votes at the expense of splitting her own party.

Consider more closely the structure of politics emerging here. It creates a de facto Centre Party, composed of the mainstream parties of Left and Right. These parties still compete electorally under their original names, but they co-operate on almost all major issues in government afterwards. This permanent coalition enjoys the support of the main cultural, media and business elites. It expects to be in power forever—though it is starting to have doubts.

Its second feature is that it is a politics of inevitability. It believes in “More Europe”—the rock on which it is founded—and it dismisses policies that conflict with this strategic aim. But this “inevitabilism” infects its understanding of other major issues too—everything from mass migration to the euro.

Third, it practises an electoral strategy of exclusion. And why not? If all clever and responsible people support the coalition, it is unthinkable that the rag-bag of populists, nationalists, fanatics and “extremists” on the other side should ever come to power. And if that ever happens accidentally, they must be restrained by rules and institutions operated by liberal technocrats. Such tactics, however, exclude not only parties but also the millions of voters who support them. It reduces the value of democracy and protects the failing policies of the centrist technocracy.

Consider the policies introduced in recent years without proper analysis of the risks but with overwhelming elite approval: the introduction of the euro without the fiscal and monetary structures needed to sustain it; the adoption of Schengen’s internal “open borders” without first securing Europe’s external ones; Mrs Merkel’s invitation to Syrian refugees to Europe, contrary to EU rules but supported by the European Commission, without first establishing efficient procedures for either vetting or deporting them; and the gradual encroachment of European institutions on the national democratic prerogatives of member-states.

Every one of these over-ambitious initiatives produced its own crisis. None of these disasters stemmed from populist politics; all emerged from what Pierre Manent calls “the fanaticism of the Centre”. And there is no sign of this Tower of Babel politics being chastened by these failures. On the contrary, President Macron’s recent address to the people of Europe was a long laundry list of new European institutions that would centralise more powers in Brussels, Berlin and Paris.

That’s exactly what we should expect from the politics of a centrist liberal technocracy. It tends to discount as ignorant or prejudiced the opposition of parties and people who are outside the charmed circle of the highly educated and conventionally successful. Its conviction that it knows the future makes it vulnerable to proposals for grand utopian schemes to advance that future. Contrary to its own theoretical case for technocracy and “evidence-based policy-making”, it allows policies to be made on the hoof by powerful policy-makers—Mrs Merkel alone is responsible for three of the crises currently afflicting Europe. It protects failing policies and expensive projects favoured by elites from reasoned criticism until the cost of continuing them becomes overwhelming—and sometimes even then. Topical examples include Germany’s “energy transition” policy and the HS2 super-railway project in England. Mistakes and their costs build up because the usual mechanisms of democratic debate can’t work if opposition parties are regarded as unelectable and beyond the pale. And when political change finally arrives after years of being blocked, it tends to be convulsive and disruptive. This politics has fostered an overall legitimacy crisis of European democracy as voters find that governments are unresponsive and policies unchangeable. This has led to rebellions by voters and now a moral panic in the European political establishment about “populism”.

What then is to be done? It seems obvious that those parties representing the status quo should sensibly accommodate the newer populist parties with a share of power, greater respect, and some overdue policy concessions to voter anxieties. My own instincts (in addition to an unambiguous Brexit) would be to return powers from Brussels to national capitals and to reform Euro-structures that today inflict real damage on real people. One obvious such reform would be a two-tier Southern and Northern euro to let Greece and Mediterranean Europe breathe again. But we should have no illusions that “Less Europe”—any more than “More Europe”—would usher in a period of stability in either British or European politics. It is merely that any tensions it provoked would be minor compared to the angry responses likely to emerge from large numbers of voters in Europe if they are told their views are not wanted on voyage.

As for the centrist liberal technocrats facing a more, er, complex status quo, they should comfort themselves with a remark of John Maynard Keynes: “The unexpected always happens; the inevitable, never.”

AUKUS and Its Enemies

The Lethal Urge of the Anointed