It is said that within hours of birth a baby will respond to a human face. Adults can instantly recognise hundreds of faces. As we move among other people we constantly study faces and react to them. In any social interaction our gaze rarely moves away from the face or faces in front of us. And we are equally self-conscious of the effect our own face may be having on others. Our faces are the door to our identity, the first road to the person and mind behind that mobile and flexible mask of skin that may be the instrument of both revelation and concealment. It is the screen on which our emotions may be read and our motives guessed. It is canvas and billboard communicating an infinite variety of messages to others. We never cease to wonder what others are making of us. The idea of a faceless human society is unthinkable.

So the face may be used for all sorts of intentions; such as attracting attention, or admiration, or curiosity, or friendship, or displaying enmity or disgust, and for a thousand other purposes. It is the silent companion of the voice in every human transaction.

At the same time, we may make alterations to the face, or conceal it, in the service of a variety of interpersonal transactions and performances. We adorn the face with cosmetics, or tattoos, or moustaches, to be thought attractive or noticeable in our dealings with others. Or we may place a mask upon the face to provoke fear or respect or mystery or admiration, or to conceal an identity for nefarious reasons. The masked ball is a festival of teasing and curiosity. The grotesque masks of the “Mud Men” of New Guinea may provoke fear or demand attention. The robes and masks of the Ku Klux Klan are designed to terrorise and achieve criminal anonymity.

See also The Burka Brief
How po-mo relativism, legal activism and lazy journalism ordain the appalling as the new normal

But in almost all cases, the elaboration, alteration or concealment of the face and individual identity occurs in a social setting and to achieve a social end—whether for entertainment and amusement, or for trivial or serious or good or bad purposes, or to announce various pieties, beliefs and customs.

In his recent book The Soul of the World, the philosopher Roger Scruton draws attention to the importance of the human face in making contact with other persons and, in so doing, to express and expand our common humanity. And he adds:

Each human object is also a subject, addressing us in looks, gestures and words … Our responses to others aim towards that horizon, passing on beyond the body to the being that it incarnates.

The ordinary human impulse in a meeting is “face to face”, as the essential preliminary to any deeper engagement. The “exchange of faces”, so to speak, is the essential precursor and vehicle of interaction with other human beings, with persons, and is thus the foundation of civil interaction.

Curiosity about faces and reacting to them is routine behaviour in an open, democratic and liberal country. In Australia, social life is accompanied by an enviable public egalitarianism of manners and ease of engagement with others that proclaims mutual respect, irrespective of status. It is a kind of public and private openness and fellow-feeling that we rightly cherish because it oils the wheels of dealings with each other. We value it as a moral elevation of our way of life.

It is not surprising, therefore, that a great many Australians seem to be profoundly disconcerted by the burka and the concealment of the faces of those women who wear it in public. For most Australians, I suspect, the practice is seen as a direct denial and criticism of the openness and face-to-face engagement we expect as appropriate and established conduct. The black cloth that obliterates the space where the face should be sends a message of denial, separation and rejection. In effect, the person behind the mask declares (or is obliged to declare) that she is unavailable as a normal public entity; that she is a social neuter with womanhood blacked out, suppressed and demeaned. The burka is thus an implicit “slap in the face” from one culture to another.

This practice is not an individual eccentricity. It is founded in long-standing custom which, consciously sought or not, achieves certain public and cultural effects, as well as affecting the lives of the women who subscribe, whether they do so willingly or not.

If I am correct that disconcertment, and even revulsion, are common Australian reactions, should they be dismissed as irrational and intolerant? Should we grit our teeth, “get over it” and opt for toleration? That seems to be the political response. But should the issue rest there? Is the question so important that it should be pursued, and if so, why and how? The fact is that it confronts us with a test of multiculturalism and how far it should be taken.

The impulse to tolerate, to “take it easy” and calm down is a strong instinct amongst us and in most cases a valuable support of stability, public order and common sense. But there are occasions when to “tolerate” may be to acquiesce in the steady erosion of a valued way of life and the appropriate response is to resist it.

An established polity has a just claim to protect its way of life. Gender equality and face-to-face exchanges are integral and vital elements in our civil life. It is not unreasonable to expect newcomers who have chosen to join us to forgo practices and customs, especially those of a retrograde and public kind, that significantly challenge established conduct and seek to undercut our way of life. The question is whether the public burka represents such a challenge and, if it does, what should be done about it. 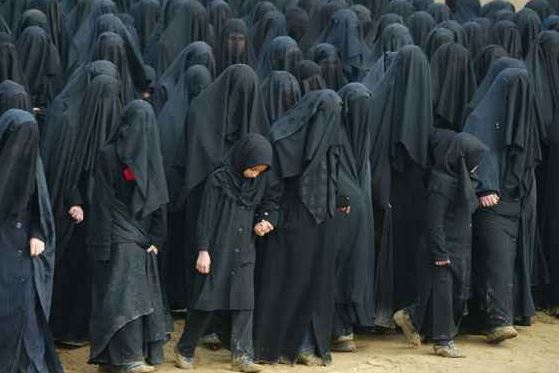 The burka is a significant challenge, and it is a justifiable objective, within the law, to seek to “restore the face” and to reveal the citizen and the person by urging the removal of the mask from public interaction in this country. This is not a call for banning the burka. That would be severe, authoritarian and disproportionate. It is a task not for formal law but for civil society; for reasoned criticism but not for harassment; for peaceful expressions of dismay and disapproval; for open discussion and debate. In short, for non-violence and steady argument and discourse within our tradition of free speech.

To retreat, to stay silent, is to acquiesce. To discuss is to take the wide and civilised road to thrashing out mutual accommodations and compromises that may promote public order and a common culture. Discussion may be revelatory to all parties and open up discoveries, truths and opportunities for forms of agreement that might otherwise lie hidden. Nor should we shrink in the face of seemingly implacable opposition, but persist if we believe the case is justified.

This means, so far as the public burka is concerned, that one is obliged to marshal the arguments favouring its disappearance from the public space and, above all, to remain civil in doing so. I have suggested some directions that such an argument might take.

Yet problems remain in doing so. We are in the middle of a crucial argument about the scope of free speech in this country, and the call from many corners is to limit it by avoiding “offence” to others—in this case, offence to Muslims. Perhaps there could be a legal argument that to criticise the public burka is to cause offence under the terms of section 18C of the Racial Discrimination Act. Although religion is not an issue under the Act, it might be arguable that the burka could be covered under the heading of “ethnic” or “national” origin within the Act and that criticism of it is offensive and unlawful. On the other hand, the course being suggested here is one of “reasonableness and good faith”; measures that would appear to be welcomed within the terms of the Act, and be a sufficient defence to a charge under the Act. But one can never be sure.

What is blindingly obvious, however, is that to have to muse and wonder in this fashion about freedom of speech in this country is unconscionable. We should be ashamed of ourselves and the politicians that have placed us in this position through the laws they have made. The course of events is making mockery of the common view that we have been extremely clever in this country in the way in which government has handled immigration and the creation of a hugely successful multicultural country free of friction, liberal and harmoniously cohesive.

Barry Maley is a former academic who has published widely on issues of social policy.

4 thoughts on “The Burka’s Veiled Insult”

Reframing the Debate in Aboriginal Affairs