Of All Places To Go At Easter 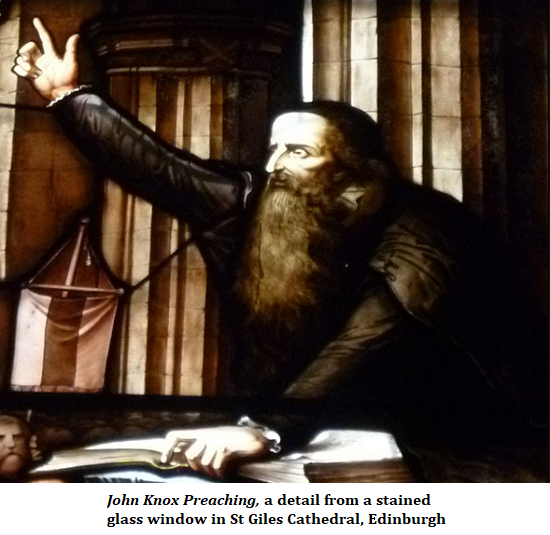 There was a category of connoisseur in eighteenth-century England known as the sermon-taster. Dr Johnson was one. Sermon-tasters would “sit under” the preacher at fashionable churches to enjoy or endure the sermon, which in that era tended not to be short and punchy but a substantial disquisition full of classical and biblical allusions. Afterwards, the merits or otherwise of what the connoisseurs heard would be compared and appraised in the coffee-house, much as latte- or beer-drinkers today, congregated under a pavement market umbrella or in a pub, might discuss last night’s television.

Sermon-tasting as a Sunday pastime is now extinct. The long sermon was a Protestant art form (Roman Catholics had ritual instead) and Protestantism is not what it was. Yet up until the 1960s in all large Australian cities there were still preachers who could draw audiences to their churches from far and wide. Indeed their sermons were considered newsworthy. In Melbourne, for instance, the Monday morning papers summarised the blockbusters delivered by clergymen such as the Rev. Sir C. Irving Benson at Wesley Church, the Rev. A. Crichton Barr at Scots’ Church or the splendidly named Dean S. Barton Babbage at St Paul’s Cathedral. In Sydney there were, among many luminaries of the pulpit, the Rev. Alan Walker at the Central Methodist Mission and Archdeacon T.C. Hammond, scourge of Roman Catholicism, at St Philip’s, Church Hill. It is hard to imagine the Age or the Sydney Morning Herald sending a reporter to hear a sermon nowadays except in the hope of catching the preacher using hate speech.

There are fewer old-style sermons now and not only because fewer people go to church. Oratory has all but vanished from public life and what passes as a sermon in many churches is an informal address in which religion might or might not be mentioned. Only Evangelical preachers still thunder away about the Bible; in less enthusiastic churches you are more likely to hear platitudes than the Beatitudes. Happily, though, sin is still uncompromisingly condemned. The evil of climate change denial, for example, or racism are regularly preached against, particularly in Uniting churches. And an Anglican canon sternly asserted, in a magisterial denunciation that would have delighted earlier sermon-tasters, that the guilt of white Australians in “dispossessing” the Aboriginal owners of this country could be expiated only by the former handing everything back and clearing out. (He himself is still here.)

Originally published in our April, 2014, edition.
As homilies seem not to have improved in the interim, we thought it worth reprising
A Happy Easter to all our readers, especially subscribers

But if sermon-tasting cannot be revived, church-tasting is a substitute. Churches have much to offer the non-religious. Thomas Hardy, who wept at his inability to believe in God, attended church because he loved the buildings and the liturgy of the Book of Common Prayer. But who goes now for aesthetic reasons? In a post-religious age many people have only a vague if any idea of what churches represent and feel awkward going into them. Secularists see churches either as purposeless or as outmoded symbols of superstition. Yet to ignore them is to ignore a huge part of our culture and tradition, our architecture and art.

Churches are always more interesting inside than out. But cathedrals apart, few churches these days are open except at service times, a situation brought about jointly by vandals and insurers. If you want to see inside it’s to a service you must go and in most cases that means Sunday. Sit at the back where you get the best view down the church and look around and upwards in the pastel light and admire the intricacy yet simplicity of the structure, the rhythmic perspective of arcades and clerestory—harmony in masonry someone called it, architecture for peace of mind. The risk of being ensnared for coffee at the end of the service can be avoided by walking around the building to examine the stained glass.

It is best to visit older churches as, sad to say, a church built after about 1960 will almost certainly contain little of interest. There are pre-war churches designed by accomplished architects such as Thomas Payne and Louis Williams that are worth a visit, but it is nineteenth-century churches that are always the most rewarding.

A major nineteenth-century church will be Gothic Revival with soaring arches and pillars inside. There will be fine fittings in marble and carved wood, intricately patterned floors in mosaic or encaustic tiles and expanses of stained glass glowing crimson, emerald and ultramarine. All old churches, even modest ones, have something of historic interest to look at.

There will be an organ, possibly an historic one, and an organist pleased to be asked to continue playing after the service. Where there is a good choir, music is one of the pleasures of church services. In Melbourne, the city I know best, there is no better way of avoiding the worst of the rush hour than by attending evensong in St Paul’s Cathedral, every afternoon at 5.10, a weekday service unique in Australia with full choir and organ in what is acknowledged by architectural historians to be one of the finest Gothic Revival interiors in the world (St Andrew’s Cathedral in Sydney used to have the same service until an iconoclastic dean dispensed with it).

Of course you won’t get the full repertoire of attractions in every church. There can be spectacular stained glass but awful singing—Catholic churches are specialists in this. The high altar might have been dismantled and replaced with a trestle table and the organ be out of action with a clunkily-played piano as substitute—but admire instead the high timber vault and the constructional ingenuity of the beams and rafters. If an obtrusive screen for showing the words of the pop hymns blocks out a pinnacled alabaster reredos, gilded and spiky, direct your gaze at the monuments around the wall, a who’s who of deceased pioneers and burghers whose names survive in local streets and roads. Church-tasting can be a way of getting to know a district if you’ve just moved in or are touring.

The benefactions of those early citizens paid for churches and filled them with objects of interest and beauty. It’s all still there for anyone who can contemplate the idea of being in a church, of all places, at Easter—or any other Sunday.

Christopher Akehurst wrote “The Decline of the Suburban Church” in the December issue.

The Repression of Religious Freedom in Australia