Seeing the Light on Earth Hour

It’s easy to poke fun at Earth Hour. I’ve been doing it for four years. Let’s face it, as far as utterly ineffectual token gestures designed to massage the consciences of touchy-feely city-dwelling greenies goes, this one is right up there at the top of the list. Earth Hour 2011 didn’t disappoint, reaching new levels of absurdity worthy of a Monty Python sketch. It was with a straight face that Fairfax, which sponsors the event, reported that “More than a dozen countries, including Iran, Chad and Uganda, are dimming or switching off the lights for the first time.” Good old Mahmoud, who’d have guessed he was so enlightened? Or indeed, that they even have electricity in rural Isfahan?

I attended my first (and only) Earth Hour bash back in 2007. It was a swanky, or “schmancy” as McDonald’s would say, media launch atop Customs House in Sydney overlooking the gorgeous sparkling waters of Circular Quay. 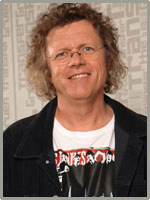 Breakfast canapés and a glass of champagne were passed around, along with plate-loads of smug self-satisfaction. We were attending the event for the benefit of future generations, after all. The guests boasted an impressive line-up: Morris Iemma, Barry O’Farrell, a handful of journos, numerous actors and television types, not to forget a couple of pop stars. I’m sure I glimpsed Tom Keneally engrossed in conversation with Bryan Brown, so I knew it must be a Significant Event. But I was nonetheless baffled by the specifics. “Is this a joke?” I asked my advertising companion. “Switch your lights out for an hour? And save the planet?”

Earth Hour started out as an advertising stunt, of course. Most people don’t associate Earth Hour with the Worldwide Fund for Nature (why should they? Shouldn’t the WWF be out saving polar bears from dying in German zoos rather than bothering about electricity consumption?) but it was Greg Bourne, head of the Australian WWF, who can best lay claim to dreaming the whole thing up. However, like any great success story, it has many fathers. Fairfax, Leo Burnett’s and others were quick to recognise the potential of the idea. Earth Hour’s popularity grew out of a period when many in the media and advertising were beginning to feel deeply uncomfortable—in the wake of Al Gore’s Inconvenient Truth—about the unrelenting role their industries play in advocating excessive consumption of all manner of goods. Thus, a cause that could harness the power of advertising and the media to promote a green, anti-emissions message was a wonderful vehicle to help salve their troubled consciences. Earth Hour went on to win huge advertising accolades around the world, culminating in a “Titanium” award at the most prestigious event of them all: the Cannes Advertising Festival, where the advertising agency responsible for promoting Greg’s stunt as well as numerous fellow travellers all walked away festooned in creative “gongs”. Over the last few years, just about the quickest way to notch up some creative kudos for yourself was to hop onto the Earth Hour bandwagon.

But this only prompted the cynics—such as myself—to point out that successful advertising is supposed to sell something. And what on earth was the planet in the shape of a 60 selling us? The answer—indeed the justification for the whole show—always struck many of us as being a tad spurious. “Drawing attention” to the cause, and “raising awareness” of the drastic “need to take action”, were the common phrases used to skirt around the slightly embarrassing fact that even after all the hoopla nobody could point to any genuinely worthwhile achievements, beyond, of course, “awareness”. Emissions saved? Er, probably not. Electricity consumption plummets? Scarcely. Agreement at Copenhagen? Oops, let’s not go there. In fact, so unimpressive were the first couple of Earth Hours that in the second year the Sydney Morning Herald apparently had to fake up the “before” and “after” shots of all the lights going out around Sydney Harbour, because the difference between the two shots without retouching was barely noticeable—an ironic foretaste of the University of East Anglia’s fake research results scandal that erupted later that year.

This year, the “awareness” argument finally fizzled out, with “just over 2500 signed up nationally … well down on the 7230 who took part in 2008”, according to Fairfax.

As the hype around Earth Hour nonetheless gathered steam, so too did the indignation and fury of its detractors. Denouncing it as a “return to the dark ages”, “anti-humanist” and so on, plenty of experts and talkback hosts such as 2UE’s Michael Smith were quick to point out the insanity of demonising electricity, the most important and life-saving invention our species has thus far been responsible for. A world without light and power, which logically appears to be the end-game Greg must have had in mind, is not an attractive option for those who enjoy partaking of life’s little luxuries—such as feeding ourselves to stay alive and providing shelter for our offspring.

But it is here that the (possibly unintentional) message of Earth Hour is worth dwelling upon. Because what Earth Hour does superbly highlight is that if the theory of anthropogenic global warming is true, then there is only one genuine way to prevent it occurring. By switching everything off. Permanently. Competing statistics are continually bandied around and argued over, but the gist of them is clear enough. In order to make any significant impact on reducing greenhouse gases, the reduction in coal-based power generation has to be on a scale that is, quite literally, unimaginable. We have to switch everything off. Not just the lights. But everything. The bloody lot of it. Off.

Windmills, solar and the other renewables—even including hydro—will only ever provide a piddling amount of the power we currently consume. Tim Flannery, the Climate Change ambassador, admitted on the eve of Earth Hour that it will take at least a thousand years for the current proposed emissions reductions to have any noticeable effect upon the climate. And that’s the really inconvenient truth. The task is beyond us. Even if we give the planet the benefit of the doubt, as we are constantly being reminded to do, and assume giant leaps forward in renewable resources and technology, Mother Nature simply cannot do the job of providing us humans with the energy we desire without coal. Or uranium. But let’s not go there, either.

So the only real choice we have, as Earth Hour quite rightly points out, is abstinence. We have to learn to do without. Each and every one of us. Each and every day. On a scale that will change our lives beyond recognition.

The good news is, it’s not as if we don’t know how to. During the Second World War, London famously and ingeniously coped without all sorts of things, from sugar to stockings. More recently, Sydneysiders managed to curtail their water usage for several years by making huge daily sacrifices. Sure, gardens died and cars and pavements looked filthy, but we got used to it. So let’s do it again, only this time with our personal energy consumption.

Try it. Only drive your car once a week at the most. Walk or cycle the other days. Breakfast, lunch and dinner? Raw, five days a week. You can cook on the weekend if you must. Eating out, or take-aways? Again, cut down by at least 80 per cent please. Immediately. And if you think it’s hard getting the kids to stop watching the telly, playing Xbox, or spending so long online now—don’t worry. Get rid of the lot of them. In terms of useless wastage, anything on a flat screen is the equivalent of those pesky sprinklers that kids used to jump around in. They’re history. And like the nuns used to say, lights out at 7.30 please. Everyone. Every night.

The government would have us believe that there is a magic-pudding solution available through a carbon tax coupled with targeted tax cuts that allows us to merrily carry on with our current high-energy lifestyle whilst someone else magically makes the emissions disappear. Forget it. The only way to tackle climate change, if you feel so inclined, is to give up all the stuff you love. The lot. Or at least the vast majority of it. Now.

Rowan Dean is a regular panellist on The Gruen Transfer, ABC Television, and is media consultant to Sydney Radio 2UE.

How Green Is Their Energy?

What if the Planet is Cooling?

The Fictive World of Rajendra Pachauri