Michael Wilding has just released his seventeenth work of fiction, the tenth set in the Leichhardt municipality. He recalls the good old “bad days”, when Balmain was a run-down dockside suburb with cheap rents enjoyed by both the old working class and the new bohemians—writers, film-makers, poets, painters, academics and students.

I asked him whom he remembers from those days, thirty-something years ago:

David Williamson and Peter Carey moved in from Melbourne. My girlfriend said how sociable they were, always ready to stop and talk. ‘Don’t!’ I said. ‘Don’t tell them anything! They’re just looking for material to write about. If you’ve got anything to say, say it to me.’

And indeed, Michael has been fashioning his fiction from the life around him ever since, initially drawing on his experiences in the Sydney Push in several of his early works such as Aspects of the Dying Process and The Phallic Forest. Similar real-world experience in the University of Sydney English Department lay behind Academia Nuts, a laugh-out-loud novel that deliciously satirised the department I got to know well as a student there in the 1970s. Michael recalls:

Those were the days when Stephen Knight, a university colleague, tried to organise a strike by the writers’ characters down at the pub. He said the characters weren’t getting a fair deal, and he tried to organise them to withdraw their labour and stories. Later he became an authority on crime writing and Robin Hood. 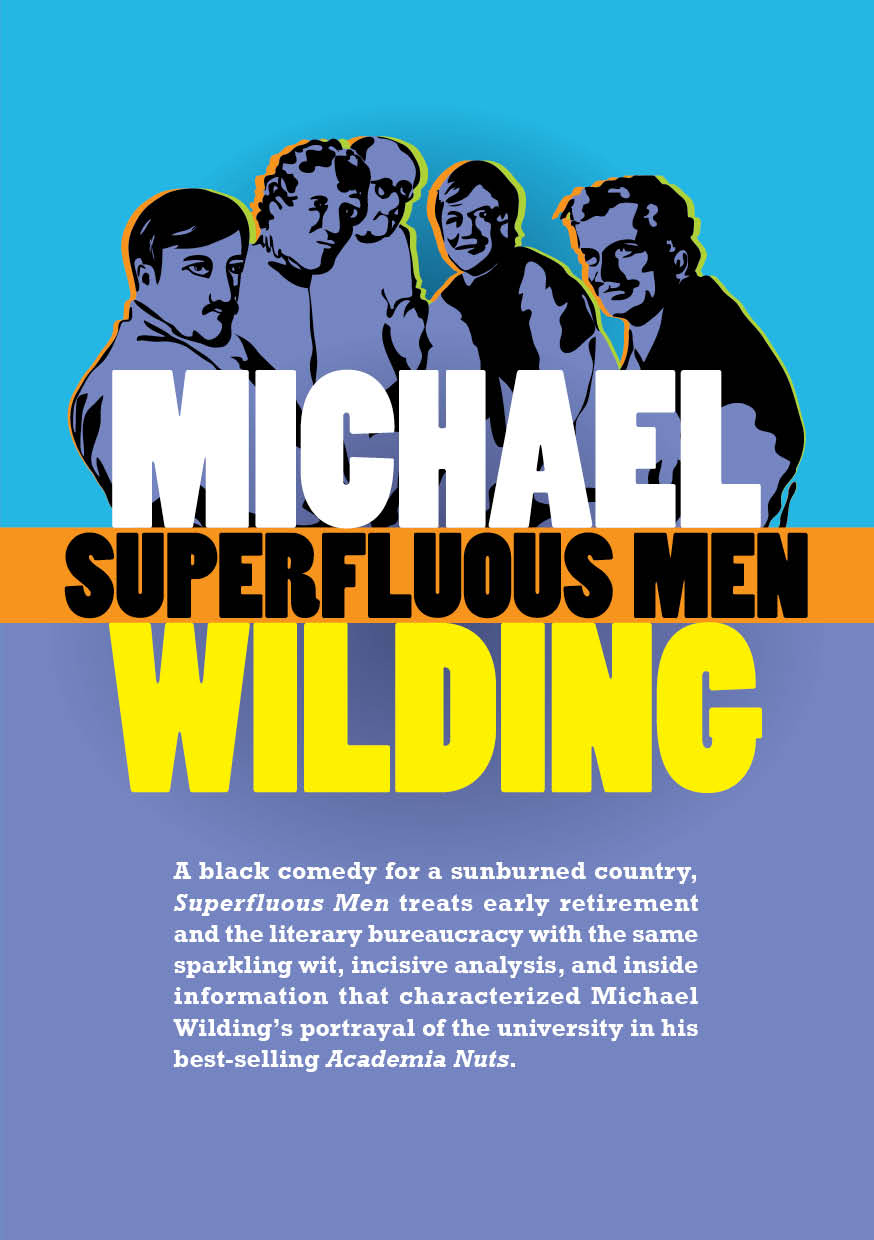 Having been the Director of the New South Wales Writers’ Centre while Michael was the Chair, I was alarmed when he told me he was writing a novel that would incorporate his experiences at the Centre. Now the novel has been released under the title of Superfluous Men, whose main characters are retired academics commiserating with one another over former achievements, lost opportunities and bleak prospects as they face their inevitable decline into old age and anonymity.

These long-time colleagues from the English Department, Henry Lancaster, Dr Bee and Pawley, together lament “the degradation of the world of literature and the universities” and rail against the “ruling classes” which have failed to recognise and reward them adequately for their great contribution to literature and society.

Recalling the halcyon days of their youthful enthusiasms for their vocation, of their former sexual vigour, of their earlier professional influence, they are brought to the realisation that “The very word [recall] was like a tolling bell, a reminder that everything was in the past now, that there was no present or future left.”

When Henry accepts the position of chairman of a writers’ centre, he is launched on a new trajectory of activity and commitment which bemuses his old friends, exercises their cynicism and sharpens their satirical wits. Pawley claims it is Henry’s “last desperate attempt to get media attention” while at the same time asking Henry to get him on the committee and arrange free flights for him to attend committee meetings.

Many of the chapters focus on the friends’ conversations about life, literature, sex, fashion, food, politics and, of course, themselves and their obsessions. Their conversation is littered with literary references (they lunch in a restaurant called the Golden Bowl), and they are paranoid about the world around them, fearing as much to be noticed as forgotten. If you’re looking for comparison, think David Lodge.

Michael’s superfluous men were already there in Academia Nuts, and now they have all taken early retirement they sit around the restaurants of the inner west looking for something to do. He comments:

Michael became Chair of the New South Wales Writers’ Centre in 1996, just before he took early retirement from the university, and stayed for a decade, gleaning material for his novel while also being the most active and creative Chair the Centre had in my time there. “It was a marvellous experience—a cross between Yes, Minister and The Brittas Empire,” he says. “My delusion that as Chair of the Centre I had any power had great comic potential.”

Michael has long been critical of the increasing control of the creative arts by government bureaucracies. “It is an important issue relating to our intellectual freedom and creative independence,” he remarks:

I decided the best way to deal with it was by the comedy of fiction, rather than writing earnest, serious articles no one was going to take much notice of. So Arts ministries, writers’ centres, and writers’ festivals are all plundered for material, along with the unreliability of poets, political incorrectness and those disturbing conspiracy theories of the seventies that still survive in dark corners of the inner city.

Why should the reader be interested in Michael’s protagonists, these “Drunken old men of a certain age, forgotten by the world, and reciprocating its disregard”? Mostly, it’s because they are extremely funny, their verbal witticisms serving to starkly and sometimes surprisingly emphasise their point.

Wilding’s satirical edge evokes in the reader not only sly smiles of recognition but outright guffaws of full-blown belly laughter at his well-turned phrase and his sharp insight into the human condition, personified by these three elderly disillusioned characters whose observations are familiar to all of us who have lived in Australia in the latter part of the twentieth century. Michael Wilding’s books will undoubtedly become part of the Australian literary canon in years to come.

And, by the way, the character of the director of the writers’ centre in Michael’s work of fiction bears absolutely no resemblance to me whatsoever. For one thing, I don’t wear shoulder pads. For another, I don’t throw books at people.

The Romantic Spirit of Mary Stewart