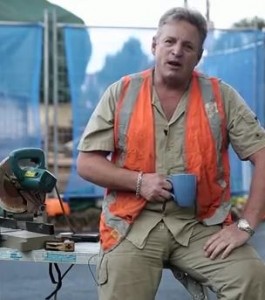 Where’s that obliging Chinese herbalist when you need him? “Do you have any flu remedies for me?” Malcolm Turnbull joked on the campaign trail in Sydney yesterday. “I’m happy to receive some advice.”

Has he forgotten his weight-loss guru Dr Shuquan Liu?

The Prime Minister has been beset by lassitude since the very start of the phoney campaign, back in March. A consultation with the good Dr Liu back then, a tincture for Turnbull, a posset for the PM, and the Newspoll figures might have been as sunny as last spring, not today’s 50-50.

Other than last week’s premature announcement of victory, it is vagueness – not vim or vigour – that has been the characteristic of Malcolm Turnbull’s campaign. The action images – all those jogging shots – have all involved Bill Shorten. When they first appeared, they seemed to echo the old Avis ad: “We’re number two, so we try harder.” Now with the scare campaigns he’s just launched, you get the feeling the opposition leader believes he may just be able to run and snatch victory.

If the Liberals’ latest ad is any indication, his hopes may not be stillborn. Follow the link below and stick with it until the tradie with the coffee cup damns the Coalition with the faintest praise:

“I reckon we should just see through and stick with the current mob for a while.”

It’s not only the PM who needs a pick-me-up. The folks making his ads could use a tonic too.

Your April Quadrant
now on sale