A Wealth of
Misconceptions 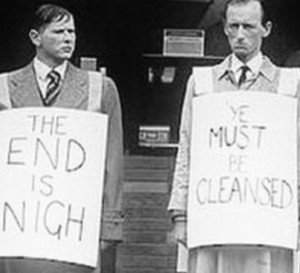 In Victoria today, more than two years after the state fell victim not to COVID but the expert-endorsed policies intended to defeat it, further pandemic-prompted rules and restrictions have been scratched. With luck, they won’t be back, although in light of Premier Daniel Andrews’ conduct one can never be sure. An election is coming in November (has anyone informed Liberals?), and if anyone is aware how a proclaimed ’emergency’ can lift a premier in the polls it is the man who saw his popularity zoom the harder he ground the heel of fines, police thuggery and autocratic edict into the grateful faces of his state’s semi-permanently locked-down residents.

That the panic lasted so long cannot be laid entirely at the Premier’s feet. The media also had much to do with it, and not just here but over much of the world. Writing for the Brownstone Institute under the headline “Here’s Why No One Wants to Talk About Sweden“, John Anderberg  notes:

Reporting the average guess was perhaps a little misrepresentative, as some people replied with very high numbers. In the UK, the most common answer was that around 1% of the population had died — in other words, a lot less than the 7% average. But it was still a figure that overestimated the number of deaths more than tenfold. At this point, 44,000 Brits had been registered dead — or around 0.07% of the population.

The breakdown of the numbers further showed that more than a third of the Brits responded with a figure of over 5% of the population. This would have been like the whole population of Wales dropping dead. It would have meant many times more Brits dying of Covid-19 than during the entire Second World War — civilian and military casualties included.

The war rhetoric brandished by the leaders of the world had had an impact. Their citizens really did believe they were living through a war.

Andberg’s piece can be read in full here.

Take me to your breeder

Sticking with the narrative

Of titles and headlines…