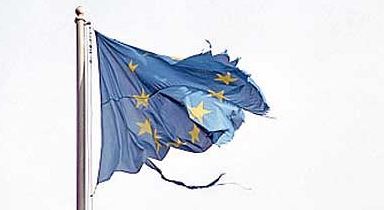 Days before Britain decided it had quite enough of the EU, there was this in National Review:

Not coincidentally, their new government is one they can’t vote out. The European Commission, which has a virtual monopoly on proposing European legislation, never submits itself to elections. It is an appointed body of unknown bureaucrats and failed national politicians. Nor can British, French, or German parliaments reject or amend the Commission’s laws and regulations or the European court’s decisions. Nor can their voters repeal them. European law is superior to what are still quaintly called “national laws.” And if a national referendum (one of the few escape hatches in this panopticon) rejects a European decision, the voters are asked to vote again until they get it right. In short the EU’s defenses against democratic accountability are pretty watertight.

Today, by a slim but emphatic margin and in direct contradiction of the polls and punditry, that watertight bulkhead collapsed.

The Spectator
on Sir Roger Scruton