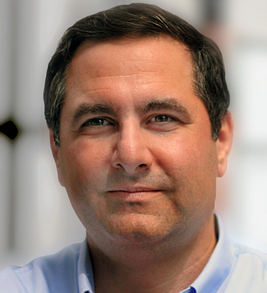 Condescension (or the impression thereof) is the inevitable bogeyman of any book that purports to speak for the common man. When the author is an Old Etonian former foreign correspondent for the Financial Times who founded and edited one of Britain’s most influential policy magazines before jumping ship to direct a major London think-tank, the risk of condescension is severe. When that (male) author then goes on to speak for the common woman as well as the common man, pull on your wellies. There’s bound to be blood on the floor.

David Goodhart’s main thesis in The Road to Somewhere is that people like him—the Anywheres who do well at school, move from city to city or country to country throughout their careers, and write books that “attempt to provide a broader critique of contemporary liberalism from the radical centre”—have moved too far, too fast in imposing their views on the rest of society, the Somewheres who actually do the hard work of running the world.

Except he doesn’t quite put it like that. He sees Somewheres as leftovers, people who have been “left behind”, people like “Cornish housewives” and “older white working-class men with little education”. Although he uses different definitions at different places in the book, his general view of Somewheres comes down to a combination of people without a university education and people who live within twenty miles of where they grew up. He is sympathetic to these groups. He wants better social policies oriented to the needs and desires of these groups. He wants Anywheres like himself to take the opinions of these groups more seriously. And he certainly doesn’t mean to be condescending to them.

But he never seems to recognise that without Somewheres, Anywheres would have nowhere to go. Theresa May got that right when she reminded her Anywhere colleagues that “if you believe you’re a citizen of the world, you’re a citizen of nowhere. You don’t understand what the very word ‘citizenship’ means.” We Anywheres (the author of this review included) rely on Somewheres to build our homes, provide our food, run our transportation systems, teach our children, fix our teeth, and do just about everything else that makes a society work. Anywheres are everywhere a tiny minority. Society can’t work any other way.

That’s a problem for Goodhart, because his book returns again and again to the touchstone of the Brexit referendum. The Brexit referendum split the United Kingdom almost down the middle, with 52 per cent voting Leave versus 48 per cent Remain. Goodhart’s subtitle refers to “the populist revolt” of the Brexit vote, which he explains as a revolt of Somewheres against the creeping take­over of their country by Anywhere values, but if that were really the case then the vote should have been more like 98–2 to leave the European Union. He makes the same mistake in interpreting the US 2016 presidential election as a Somewhere coup. But as with Brexit, it is arithmetically inevitable that Somewheres comprised the bulk of the voters for both successful sides.

To be fair, the book was published just nine months after the Brexit referendum and four months after the US election, meaning that it must have mostly been written before the outcomes were known. But whether out of a real passion or just to make the book sound current, Goodhart repeatedly draws the connections, especially with regard to Brexit. If he wants to be taken seriously on “the future of politics”, he must take responsibility for his interpretations of politics past.

The weakness of Goodhart’s political analysis derives from his poor grasp of statistics. At one point he actually says that in recent years there has been “no significant reduction in the number of people in the middle income deciles”. By definition, each decile always includes 10 per cent of the population; that’s what a decile is. He has similar trouble counting Anywheres. Goodhart describes the “most typical” Anywhere as a “liberally-included graduate … who went to a residential university and then into a professional job … [who is] in the upper quartile of the income and social class spectrum”. If that is the case, a typical Anywhere may be a Remainer, but the typical Remainer cannot be an Anywhere. Goodhart makes the classic political pundit’s mistake of believing in his own labels.

Sheer numbers make it likely that in London more bartenders and baristas voted Remain than high-income professionals. Those footloose young Londoners on low salaries are not our usual mental image of the working class or the “service class”, but they are vulnerable low-income workers all the same. They were the people most exposed to competition from low-wage Eastern European immigrants, though it is hard to imagine them as core Brexit voters. Yet they are precisely the people who are being “left behind” in contemporary Britain. The elderly white northerners who voted overwhelmingly for Brexit aren’t the ones being left behind: they’re living off pensions and enjoying free healthcare subsidised by the low wages of immigrant nurses.

Ironically, Goodhart is at his best when it comes to gender issues, which unlike Brexit have little to do with his Anywhere/Somewhere labels. The family policies he characterises as “Anywhere” really just reflect the views of the London policy elite. London policy-makers have prioritised elite women’s interests (female representation on corporate boards) over ordinary women’s interests (income support for single mothers). Goodhart is particularly critical of policies that push single mothers into paid work by subsidising childcare while sharply penalising cohabitation with their children’s fathers. The penalty is even greater if those fathers themselves go to work. The net result is not a system that provides a necessary safety net for poor single mothers, but a system that actively incentivises single motherhood among the poor.

Goodhart highlights the irony that while London elites have been busy promoting the moral equality of all types of families, they overwhelmingly raise their children in traditional, married, two-parent households, whereas the ordinary Somewheres who remain attached to traditional family ideals are far more likely to raise their children out of wedlock. His conclusion is that policy elites should preach what they practice and give the people what they want: policies that make it easier to live on a working-class income. His final policy prescriptions—an elimination of the marriage penalty for two-income couples, more spending on trade schools and internships, and a shift in infrastructure spending from the capital to the regions—have little to do with Anywhere, Somewhere, Brexit or Trump. They’re just sensible policies for ordinary people.

Though Goodhart ultimately comes to sensible policy proposals that opinion polls show are broadly supported by the public, he simply can’t leave his own Anywhere prejudices behind. In his final section, called “Giving Somewheres a Voice”, he argues for a move to proportional representation on the grounds that it would, well, give Somewheres a voice. But the Somewheres had their say on proportional representation in the 2011 Alternative Vote referendum. The British people rejected it by two to one, a much bigger majority than the Brexit result. Proportional representation was rejected by the people of 430 of the UK’s 440 electoral districts. The ten outliers that bucked the national trend were Oxford, Cambridge, central Edinburgh, central Glasgow, and six districts in central London. Suffice it to say: it doesn’t get any more Anywhere than that.

Salvatore Babones is Associate Professor in the Faculty of Arts and Social Sciences at the University of Sydney. He contributed “The New Geography of the Global Economy” in the March issue.