The Demonisation of Australian Men

It is to the the federal government's shame that it has signed on to a biased campaign depicting men as the sole agents of domestic violence, most particularly white men and boys. The obscured truth is that women are also violent, but feminist ideologues and their panderers don't want you to know that

Sir Harry Gibbs' advice was succinct: '...a state is entitled to prevent the immigration of persons whose culture is such that they are unlikely readily to integrate...' That counsel was ignored and, once again, Allah's will has been inflicted on a society whose misguided generosity opened the gates

Very nearly slain on the campaign trail, the new president is widely depicted by Western media as a fascist intent on tyranny. Well they would say that, wouldn't they?  The long-suffering citizens who elected him knew better, voting for a new broom to sweep away mayhem, corruption and leftist failure 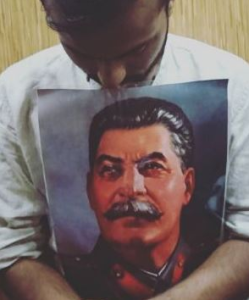 It is not the jaw-dropping murder rate or endemic corruption which marks every aspect of public life and office in the South America nation, for they are but symptoms of the greater affliction: decade upon decade of left-wing government. Reformer Jair Bolsonaro aims to change that

Women Can Be as Violent as Men

Violence by women against men receives little attention, yet nearly four decades of research reveals they are also targets of physical abuse. Why the silence? Because the activists' ultimate goal is to tar all men, not just the relatively few perpetrators, as a collective and universally guilty group

The call for easily available divorce to counter the ‘oppression of marriage’ spawned  social and economic effects that have fallen disproportionately on the poor and less educated. Fatherless households, to cite but one malady, are far more likely to produce rapists and murderers

According to academic Samina Yasmeen, Islamic women endure greater rates of assault at the hands of their husbands because ... yes, you guessed it ... 'Islamophobia' drives them to such fits of impotent rage that many simply can't resist lashing out at the easiest targets

Criminalising comments deemed offensive to any religious group intimidates those who wish to freely express their ideas and opinions, a liberty our democracy has always maintained should be available to all. Such laws are antithetical to all the West represents -- and all it should be defending

ANU's rejection of the Ramsay Centre for Western Civilisation has made it, in the words of one commentator, 'a laughingstock'. To that appraisal add a toxic and shameless hypocrisy which sees that university and others eagerly accept cash for 'Islamic centres' where Western ideals are actively opposed

Australia has a history curriculum that covers students from Years 7 to 10. It was originally designed by Stuart Macintyre, a history professor and ex-member of the Communist Party of Australia.[1] Not only does it push for moral relativism and multiculturalism, it also promotes a radical agenda that is negative towards Christianity but positive towards […]