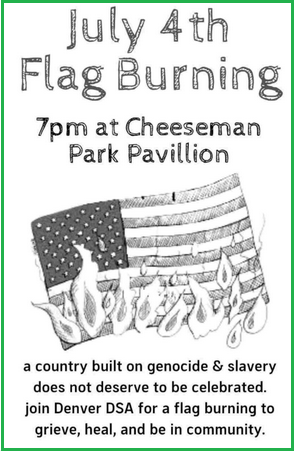 Yesterday in the Chicago suburb of Highland Park, a rooftop gunman opened fire on the July 4 parade, killing at least six innocent people and wounding many others. As always in such cases, the first reaction on social media was not sympathy for the victims but immediate attempts by both left and right to blame the other side for inspiring a lunatic’s rampage. Within minutes each side was combing Facebook, Twitter, Vimeo and all the rest for ‘evidence’ to make their cases.

The suspect, identified as 22-year-old Robert ‘Bobby’ Crimo, is the son of a Highland Park small-business owner who recently contested the suburb’s mayoralty. Therefore, in the grand tradition of social media speculation, he must be a Donald Trump supporter because an entrepreneurial dad could only ever sire a fascist. As so many have noted, intelligence has never been a requirement for floating one’s insights in the Twitter sewer.

Right-leaning social media types were no less quick to identify a murderous leftist, observing that suspect Cimo’s facial and neck tattoos would not be out of place at an Antifa riot.

It will be for the courts to decide which motivation, if any, was at work in Highland Park, but a couple of recent social media posts, though not directly related to the shooter, might help to explain the  mindset of those who treat a nation’s birthday celebration as an obscenity. One such example is atop this column, a tweet from Denver’s Democratic Socialists inviting one and all to come burn Ol’ Glory.

What credence, you might say, can be placed in the ratbaggery of a political party even further to the left than the most wild-eyed Democrats? As the tweeted invitation below attests, a faction in the ‘mainstream’ party of Biden, Schumer and Pelosi shares the same sentiment. 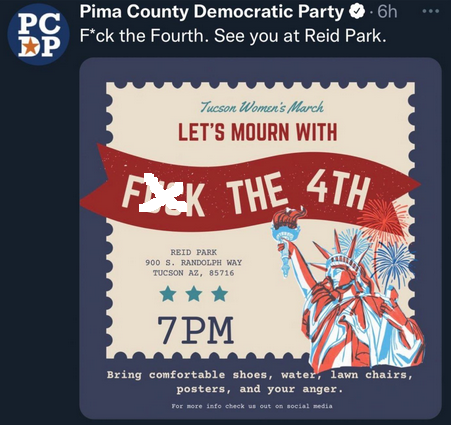